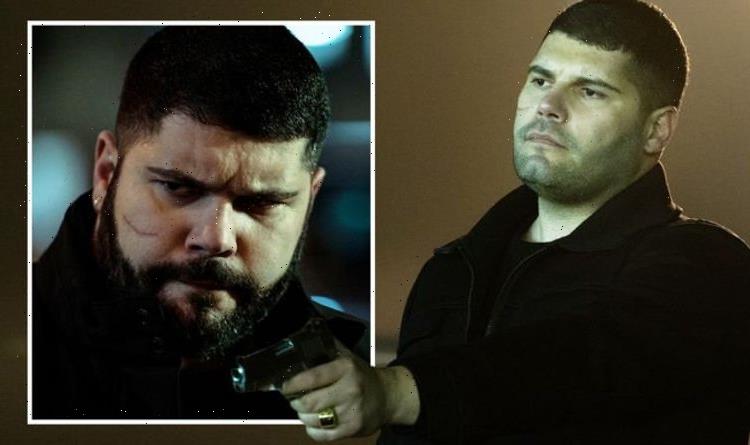 Gennaro Savastano has been at the centre of Gomorrah since it began as he took over control of the Camorra’s Savastano clan when his father Pietro Savastano (Fortunato Cerlino) was jailed in the first series. He has fought for power from his father, rival Ciro Di Marzio (Marco D’Amore) who also murdered his mother Lady Imma (Maria Pia Calzone), and is desperate to provide a home for his family. As Gomorrah comes to an end, actor Salvatore has shared his thoughts on the final series.

Speaking to Express.co.uk about how he felt when he received the final script, Salvator explained: “It’s not easy, really from my point of view.

“It’s like a story or an affair that comes to an end. On the one hand, you’re happy because this journey this situation is coming to an end and you’re ready to embark on a new life or something else.

“On the other hand, there’s also this regret having to say goodbye to a character that you created, loved, that you did justice to for the good and the bad.”

Gennaro is in hiding following the dramatic events of the season four finale but there’s more surprises in store.

Fans already know Gennaro will learn his former friend and rival, Ciro is still alive and living in Latvia.

Gennaro will try to work out how Ciro has survived as he believed he was dead after sacrificing himself in the series three finale.

Reflecting on their relationship, Salvatore commented: “Well, our relationship is really basically a mix of things as you pointed out, quite rightly hatred, brotherhood, love, crime and the thirst for power.

“So I think the fifth season will be a sum of all this.

“Season five will be like travel in a new world where the feelings for each character will be cut and you will see at the end of season five, all the characters, the main characters just want to find and follow love.”

Meanwhile, teasing how the series will come to an end, writer Leonardo Fasoli told Express.co.uk: “They [fans] are used to being shocked because during this long, long trip we lost villains and anti-heroes, a lot of times where we don’t expect them to.

“One of the most exciting things for the audience is what will happen.

“That’s why they are still so attached to the story because, the quality is good, we always try to go to a higher level season after season but also we know people know it’s unpredictable.”

He also spoke about why it was time for Gomorrah to come to an end.

“When we arrived at the ending of the season, we decided it was the last season,” Leonardo commented.

“It was because like Claudio said before, it is good to finish when you are in a high position than to explore too much material until the end.”

Meanwhile executive producer Gina Gardini spoke about the inspiration for the series.

She detailed: “The starting point, especially for the head writers, was always to do an in-depth investigation and then build our story around that.

“The beauty of this long process, which has lasted for years, is that together with this powerful reality, this exclusively evil point of view, we also managed to build characters that are so meaty, so monstrously beautiful.”

Gomorrah season 5 premieres on December 18 on NOW and Sky Atlantic.

She detailed: “The starting point, especially for the head writers, was always to do an in-depth investigation and then build our story around that.

“The beauty of this long process, which has lasted for years, is that together with this powerful reality, this exclusively evil point of view, we also managed to build characters that are so meaty, so monstrously beautiful.”

Gomorrah season 5 premieres on December 18 on NOW and Sky Atlantic.