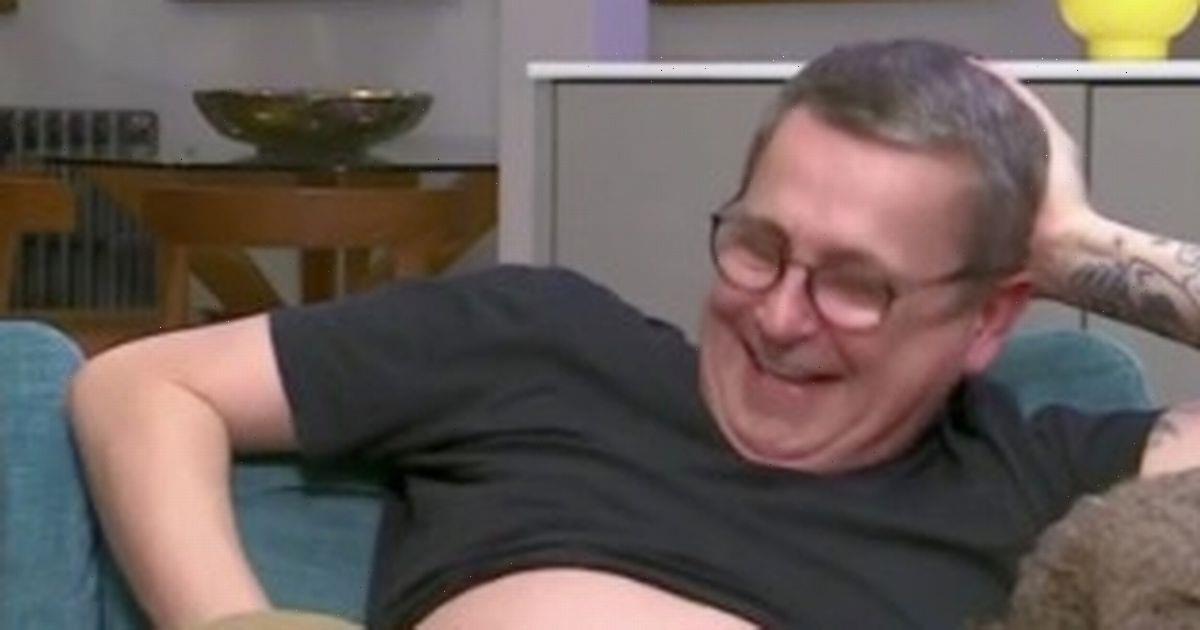 Gogglebox star Stephen Webb suffered a serious wardrobe malfunction on camera, and unfortunately it was broadcast to the nation.

The Channel 4 star has been on the telly-watching show since the very first series aired back in 2013, and he's established himself as a firm fan-favourite.

However, he suffered a nightmare on Friday night (April 22) when he tried to do a quick workout on camera which went terribly wrong.

Gogglebox stars watch lots of TV, so it's clear Stephen was keen to stay fit and healthy around his stints on the sofa.

He got up and did some star-jumps behind the couch, but unfortunately his trousers fell all the way down, which meant he accidentally flashed his pants in front of the nation.

Stephen was left shocked and embarrassed after his trousers disappeared and revealed his underwear.

The star recently revealed he'd been losing weight and had shed 11lbs since "being good".

He also teased his hubby Daniel, telling him: "I think you need to watch out because in a couple of months time, I'm going to be out of your league really."

Daniel fired back: "I don't think so"

Stephen then teased him: "It's lucky we're married… you better count your lucky stars you met me when I was fat,"

Stephen made his debut on the very first series of Gogglebox in 2013 alongside his best pal Chris Butland-Steed, whom he once dated.

In 2020, Stephen was joined by a new couch mate, his partner Daniel Lustig.

The hairdressing pair tied the knot at the picturesque Chateau de Lisse in Lot-et-Garonne, France, in 2018.

It came after smitten Stephen proposed to Daniel during a holiday to India in 2016.