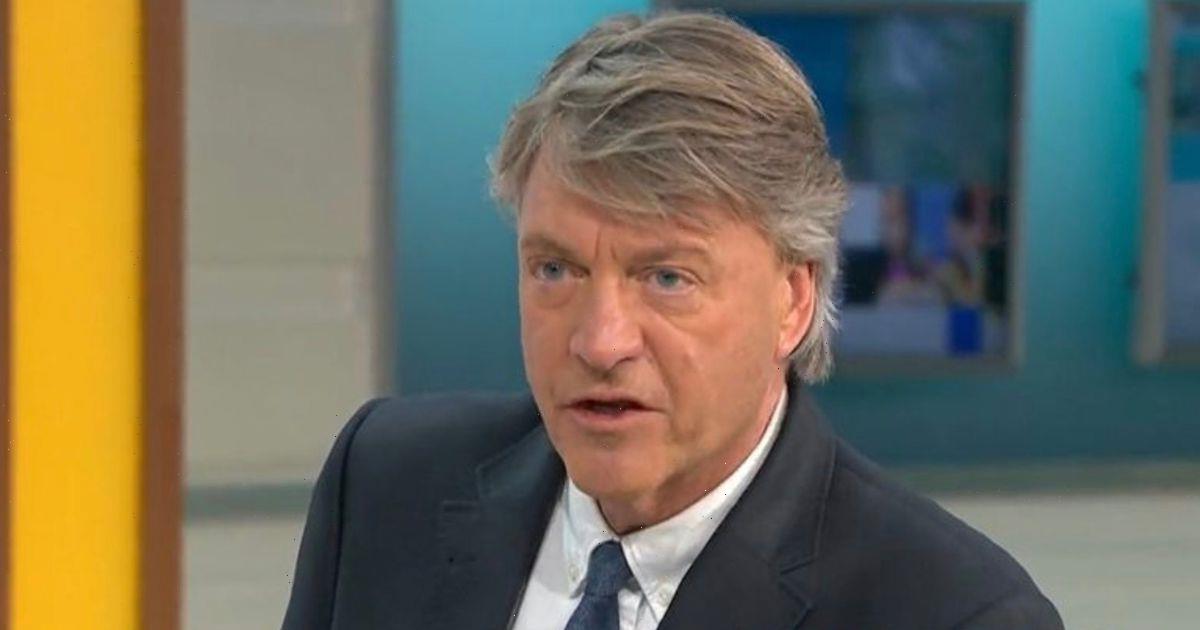 Good Morning Britain viewers were divided as Richard Madeley was forced to host the ITV show alone – after Susanna Reid left the country.

The ITV news programme underwent a shake-up on Monday (April 25) with Richard back and hosting in the London studio while Susanna reported live from the Polish-Ukrainian border.

Susanna appeared via studio link and spoke to devastated Ukrainian families fleeing their war-torn country amid the ongoing conflict between Ukraine and Russia.

However, it was clear GMB viewers were divided by the studio shift, with some fans slamming it on Twitter.

One fan tweeted: "Please don't tell me it's just Richard Madeley presenting today, this is the stuff of nightmares #gmb."

"I can do #GMB if it's NOT got #Madeley on .. switched over as soon as I heard his voice," a second commented.

A third asked: "@susannareid100 is it really necessary for you to broadcast from Poland ? #GMB."

Another wrote: "There's absolutely no reason for her [Susanna] to be there? That's what the correspondents are for? Is it gonna be this all morning?"

However, others were pleased by the show and praised both Richard and Susanna for their professionalism during the broadcast.

One wrote: "Richard showing what a top class presenter he is by going solo in the studio."

Another said: "Fantastic reporting from Poland this morning Susanna, its a credit to you as a brilliant journalist/Presenter that you are. Its appreciated in what your doing out there on GMB, its so heartbreaking what's happening in Ukraine. Take care out there and stay safe."

A third commented: "Susanna Reid on @GMB this morning and already the program has a more professional holding to account feel to it!"

News of the major format change was announced by Susanna on Sunday (April 24) after weeks away from the programme.

Having travelled to the region with a small crew yesterday on Saturday, the 51-year-old presenter tweeted yesterday: "Tomorrow I am @gmb in Poland with a special interview with Amelia and her mum Lilia.

"The 7-year-old who sang 'Let It Go' in the Kyiv bomb shelter has become a symbol of her nation. And I’ll be reporting from the Polish-Ukrainian border live from 6am Monday #GMB."

In an ad for the special programme, Susanna said: “Her voice was heard around the world. Join me as I meet Amelia and bring Good Morning Britain to you live from the Polish border with Ukraine.

"Where lives have been shattered, families fleeing the war – all hoping they can go home soon. We’re live from Poland tomorrow on Good Morning Britain."

Appearing live from Medyka, one of the busiest of the border crossings as people continue to flee the war-torn country two months since Russia's invasion began, Susanna opened Monday's show by saying: "As I speak this morning air raid sirens are sounding across Ukraine, including in Lviv."

She then spoke to translator Natalia whose family are in the city, in western Ukraine around 70 kilometers from the border with Poland. She said her life 'is no longer normal and it's very hard to imagine what the future holds'.

Meanwhile, Richard, 65, hosted the rest of the programme from ITV's London studios.

He spoke about the latest news including Emmanuel Macron beating his rival Marine Le Pen to become the first French President in 20 years to win a second term in office as well as claims that Sue Gray's Partygate report will be so 'damning for Boris Johnson '.