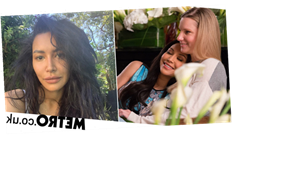 Glee stars Heather Morris and Demi Lovato are praying for Naya Rivera’s safety after it was reported she had gone missing.

The 33-year-old, who played Santana in the musical series, was on a boating trip on Lake Piru, California, with her son Josey.

However, staff found the four-year-old alone on the boat when it was due to be returned, Wednesday afternoon.

And now, her fellow actors have started to speak on on social media after Naya was not found during a search and rescue on the lake.

‘Please pray for Naya to be found safe and sound,’ Demi wrote on her Instagram stories while Harry Sum Jr. who starred as Mike let his fans know he was thinking of the proud mum by writing ‘praying’ on his Twitter account.

And Brittany star Heather Morris added: ‘We need all the prayers we can to bring Naya back home to us. We need your love and light.’

The search was then suspended for the night, with authorities planning to resume the following day.

According to TMZ, Naya’s son told officials that his mum had jumped into the lake, but did not come back up. He is now safe with family.

It is thought that the actress was not wearing a life jacket, while her son was.

Just days before she went missing, Naya shared a heartfelt post on Instagram where she told her followers ‘tomorrow is not promised.’

Posting a selfie, she had written in the caption: ‘No matter the year, circumstance, or strifes everyday you’re alive is a blessing.

‘Make the most of today and every day you are given. Tomorrow is not promised.’

Her final post was a picture of both Naya and her son, alongside the words ‘just the two of us.’