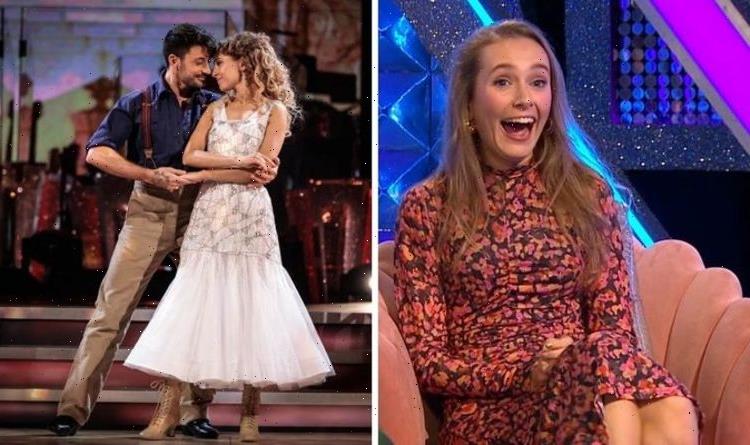 Strictly: Giovanni's wants to be top of Halloween leaderboard

Strictly Come Dancing 2021 is well underway and ahead of the Halloween themed instalment professional Giovanni Pernice made a surprise admittance about the BBC competition. He even gave his celebrity partner Rose Ayling-Ellis a warning, which left her completely stunned.

As they discussed the week ahead and Saturday’s Halloween themed routine, Janette informed Rose: “Giovanni’s been known to be top of the leaderboard on Halloween week.

Before asking if she felt the pressure about ensuring he kept his positions at the top.

To which the actress responded: “I am just going to forget about it, and just focus on this week, do the Tango and hope for the best.”

“This is the right attitude,” Janette stated, as Giovanni interjected and said: “But if I’m not top of the leaderboard, I’ll be very upset on Monday.”

Before she could respond, the professional reassured her he was joking.

Rose’s jaw dropped and she was left stunned as she replied: “Okay, no pressure.”

“It’s funny because he did say to me, he never had anything less than a five and I gave you a four,“ she recalled.

Giovanni brushed it off as he explained: “That’s ok, that was week one, too far away.”

“Anything could happen, but I am hoping to be the first,” Rose said as she crossed her fingers and gave her partner a high-five.

After scoring 37 points for their rendition of the Viennese waltz and ultimately coming in at second place, there is a high possibility she could progress to first place.

The Eastenders star left viewers in tears after her touching performance, which also incorporated sign language.”

Judge Motsi Mabuse was moved by the performance and awarded them a perfect number ten.

Craig Revel Howard, who is usually hard to please, was taken aback and used his trademark “Fab-u-lous” to describe their performance.

Shirley Ballas appeared to be close to tears as she expressed it was like watching her life story with past husbands.

She thanked the pair for the performance and stated: “Thank you for the memories!”

Despite commenting on the fact Rose missed a step in the routine, the newly appointed judge, Anton Du Beke praised Giovanni for including sign language in the choreography.

For this weekend of the Halloween show, the pair will get spooky to dance the Tango to Ed Sheeran’s hit ‘Shivers’.

Fans will have to tune in to see if Rose and Giovanni will yet again blow away the judges with the dance routine.

Strictly Come Dancing continues Saturdays at 7 pm on BBC One.