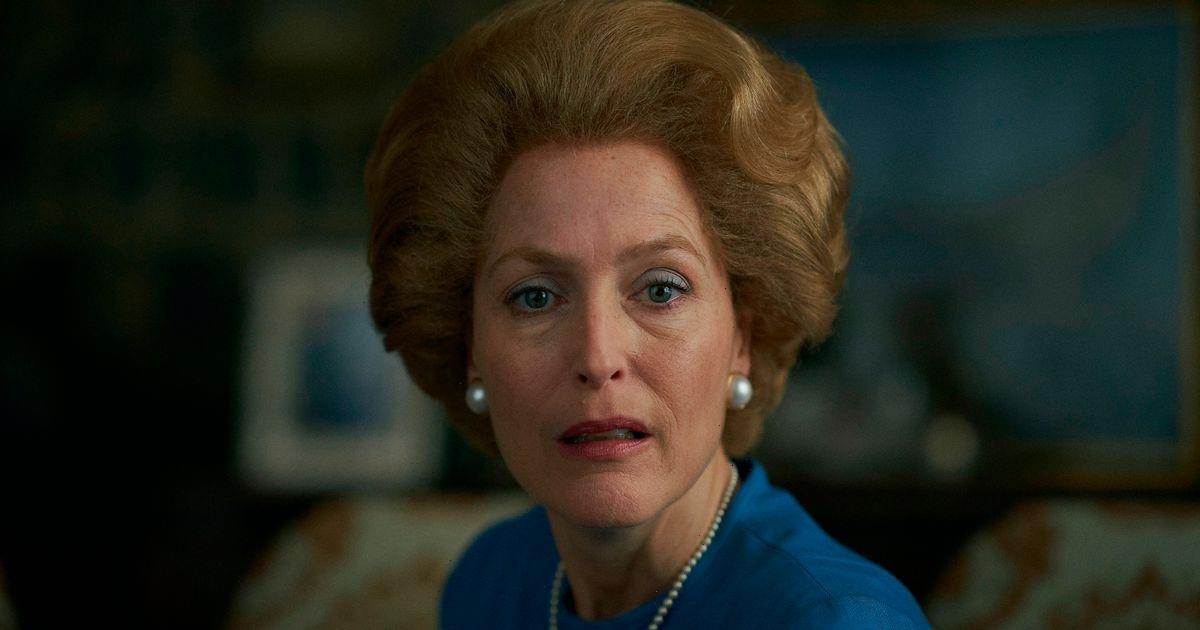 Gillian Anderson revealed the ghost of Margaret Thatcher "haunted" her after she played the role in The Crown in 2020.

The actress, 54, portrayed the Iron Lady in season four of the hit Netflix show based on the royal family and admitted the voice and mannerisms became like second nature to her.

The Fall star explained: "She stayed a bit longer than she was welcome."

Months after she wrapped up playing the former Prime Minister, Gillian took on the role of Dr Jean Milburn in popular Netflix show Sex Education and confessed the late politician remained with her in those scenes.

The mum-of-three said: "I realised watching Sex Ed – which I went into a month after I’d finished The Crown – in a couple of places there were still remains of Thatcher in Jean’s scenes.”

Gillian, who plays a renowned sex therapist and the caring mother of her teenager, Otis, admitted the role of the ex-PM had become part of her "muscle memory".

Speaking in the 2023 Preview issue of Total Film magazine, she said: "It needs to, at some point, become muscle memory.

“I started with research… listening to interviews, starting to hear the rhythm of her voice," the blonde beauty continued.

The X-Files icon added: “Doing that simultaneously to reading her books – and, any time I was in the car, listening to her read her autobiography.

Gillian has a wave of impressive acting credits under her belt, but UK fans will mainly recognise her for the role of icy detective Stella Gibson in The Fall.

While her job was to catch the murderer, played by Fifty Shades of Grey star Jamie Dornan, the actress admitted earlier this year that she was hoping to play a cold-hearted killer.

She said: “I’m very keen to play a murderer. I don’t believe I’ve ever murdered anybody. You have to put yourself out there.”

The House of Mirth star then admitted if she wasn't an actress, she would love to be a real-life detective like Stella.

“I wish I could be a detective,” she says. “I’d love to, but I’m too stupid, and too clumsy and I don’t take enough stuff in. I miss three-quarters of what is right in front of my face.

She added: “Also nobody would buy it. If I knocked on people’s doors, or showed up on a crime scene, people would be like, ‘Is that Gillian Anderson?’. So I wouldn’t actually get to do it for real.”