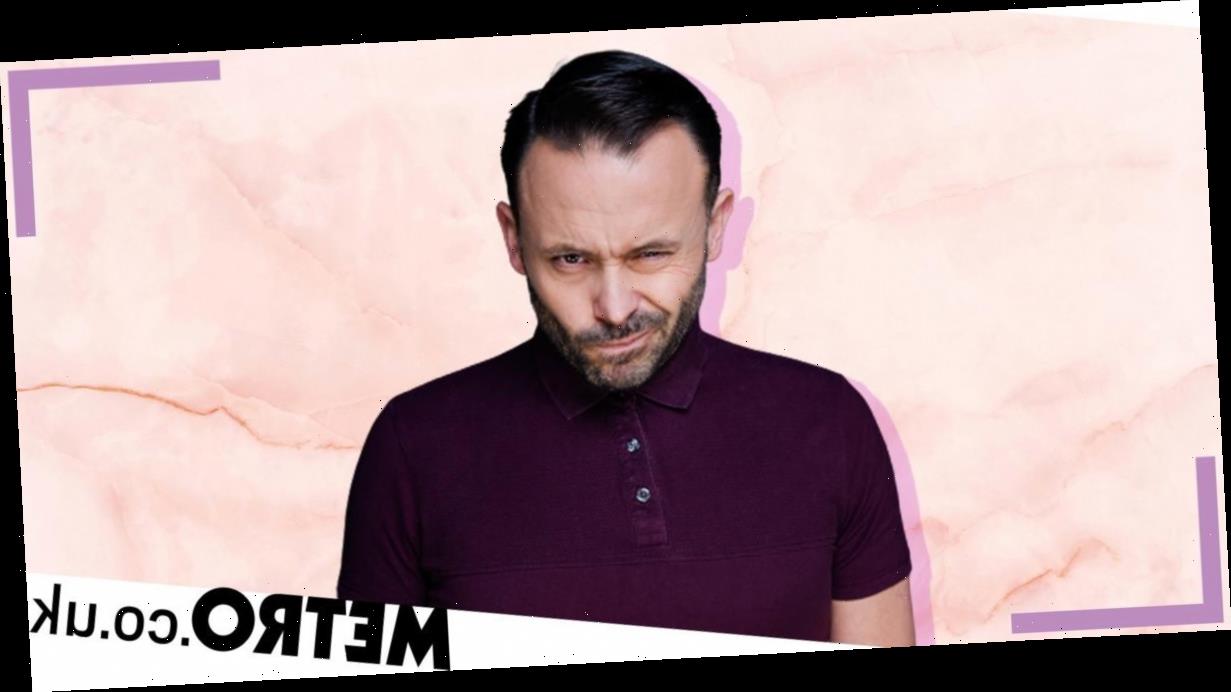 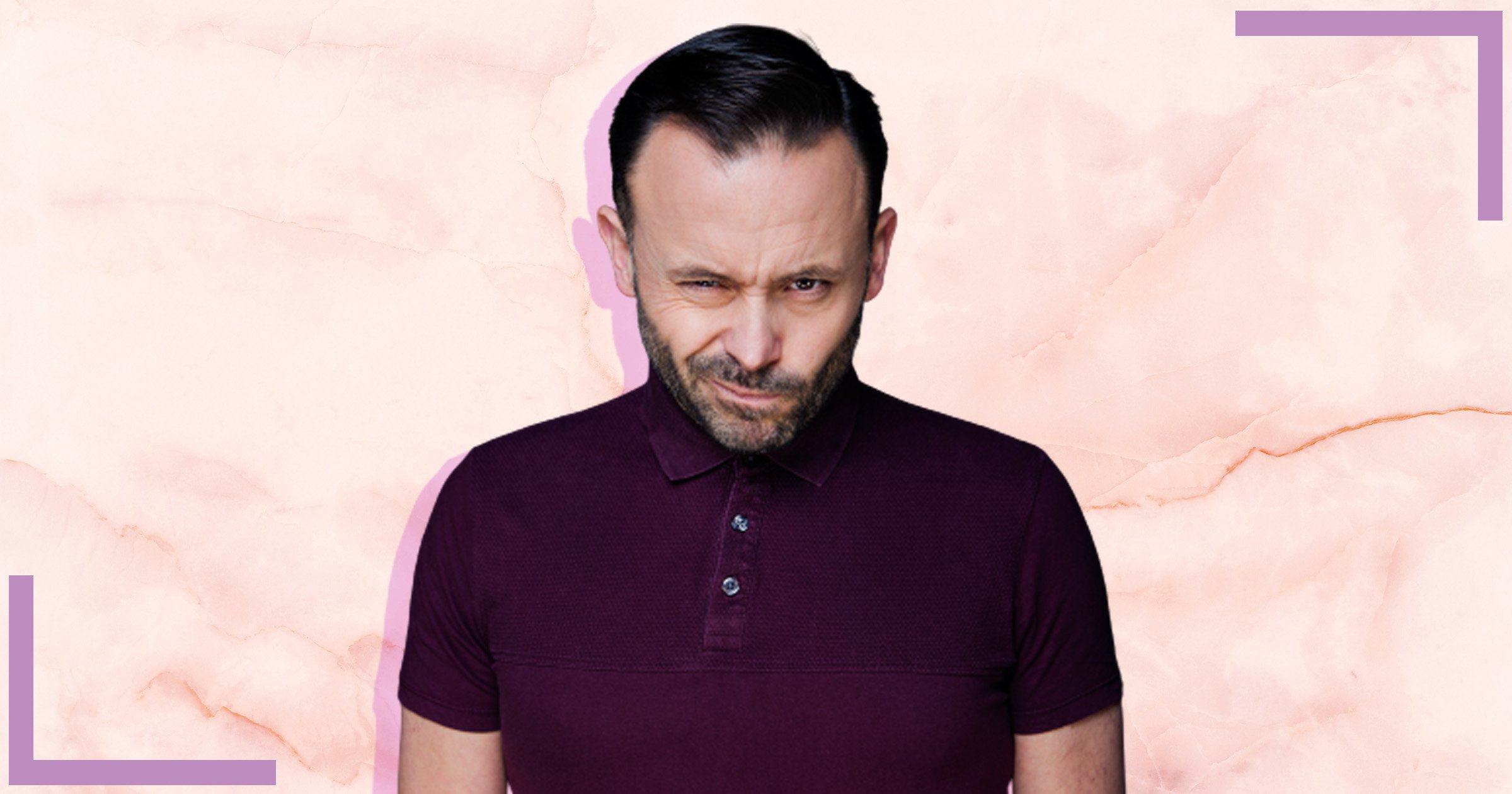 Stand-up comedian Geoff Norcott, 44, is renowned for his appearances on TV shows including The Mash Report, Live At The Apollo and Mock The Week.

His UK tour starts in September.

Today, we’re not chatting with him about the funny stuff, but about all things property instead.

What was the first property you bought?

An end-of-terrace, two-bedroom cottage in St Neots, Cambridgeshire in 2004. They were renovating it when we went to look at it and my wife offered the estate agent the asking price on the spot — and he was so shocked he suggested asking for a little discount.

It was built in the 1840s and they were redeveloping the interior.

What attracted you to it?

I was born and bred in South London but I met the love of my life and moved into her flat in Bedfordshire. We looked at buying something in that area but couldn’t find anything we liked.

The estate agent mentioned there were some cottages being redeveloped in St Neots. I drove over the bridge into St Neots and saw there were some swans on the river and, growing up where I did, I thought if I lived in a town that had swans I’ve made it.

What was your criteria?

I didn’t want a place that needed a lot of work, so the fact it was being renovated was good, I’m not a handy guy.

And it meant we could decide on things they were doing, such as where they were going to put the stairs.

It was a busy year — we were getting married, buying a house and I was having a career change going from advertising to working as a teacher. So it was all the most stressful things you can do put into one year.

How many places did you go and see?

Quite a few — at the time the trend was for courtyard gardens and decking everywhere. I was very focused on how much living space the places had.

Did you make any changes?

We didn’t make any. We asked them to make any changes while they were redeveloping. They moved the stairs, but we kept a very nice old fireplace in one of the bedrooms.

We got some blinds — when I go past the place I notice that they’re still up.

Did you do any DIY?

I put some shelves up in the spare room, which went up at an angle to reflect the slanting ceiling.

I thought that was the height of design. I can put a shelf up, don’t worry about that, but all those people you see on Grand Designs making a house out of cat manure, no, I’m not that ambitious.

I like relaxing as much as possible rather than spending years trying to create the perfect chimney breast.

How would you describe your taste in interiors?

It’s my wife’s taste. She knows how to make a home look like a home. I don’t like clutter at all. If I’m staying in someone’s spare room and they’ve got loads of trinkets and ornaments it really bothers me. I don’t know why.

If I had my way most houses would look like a Radisson Blu — I like clear surfaces. My wife is more astute in making it feel like a home.

Did you like to keep items of sentimental value when you move?

We like to chuck stuff out. My sister is brilliant at keeping family stuff — and it’s great to have someone in the family who does that — but I get a thrill out of putting stuff in black bin bags and taking them to the tip.

I’ve kept some Star Wars figures and a few Wimbledon Football Club jerseys but I have been a bit hasty with some things. Moving house is a great opportunity to throw crap out.

There’s no worse indictment of human procrastination than having unpacked boxes of stuff in a house months after you’ve moved in — if you haven’t used it by then you obviously don’t need it.

Has lockdown inspired you to make any changes to your life?

It has for work — my office now has lighting, microphones and cables everywhere so I can do podcasts and appear on TV shows from home.

I always had an office in my current house but I only used it to write in before. Now there’s cameras, a lot of extension leads and a green screen.

I’ve written my book in there, I’ve done my Mash Report appearances from there and I do my podcast, What Most People Think, in there every week.

I don’t understand having a massive house just for the sake of it but I would like somewhere with a swimming pool.

It’s such a great way to exercise. But I’d probably use it for a month then I’d use it to keep beer bottles cool. When I see shows like Selling Sunset I don’t care about the size of the houses, but I do like the pools.

Geoff’s latest tour, I Blame The Parents, starts in Nottingham on September 8. Visit his website for more information.