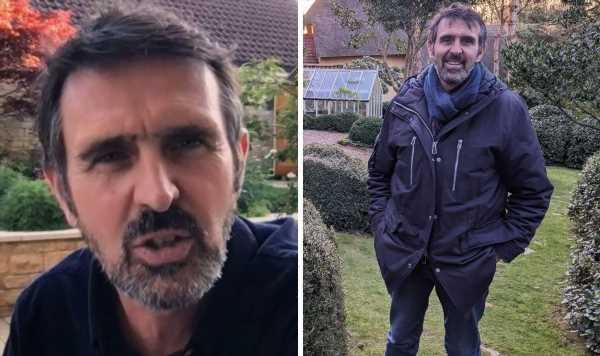 The garden designer chatted to The One Show’s Jermaine Jenas and Angela Scanlon on Tuesday and was on hand to give gardening advice to some of the show’s celebrity guests. During the BBC One show, Jermaine asked Adam about his upcoming tour and the 52-year-old promised it would be different from the popular horticulture show he is usually part of.

Adam joined The One Show via video link to chat with Angela, Jermaine, comedian Joel Dommett and his wife Hannah Cooper.

“Adam, I know you’re sharing lots of gardening tips in front of a mass audience this autumn,” Jermaine commented.

He continued: “Tell us a little bit about this tour.” But Adam quickly assured the BBC host that the tour would be a little different to Gardeners’ World.

“It’s not so much gardening tips,” Adam corrected the presenter. “I think my journey in the gardening world has been maybe colourful as a kid. 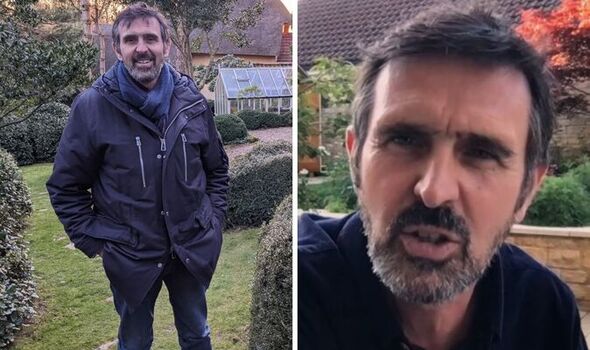 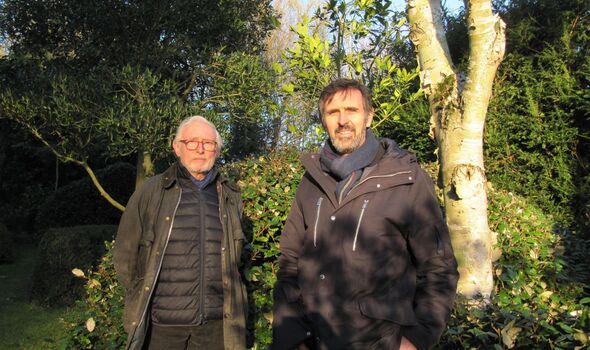 “Then through parks to apartments with bin men and park keepers to working with a fella called Jeff Hamilton, the Chelsea Flower Show.

“There’s lots of naughty stories that I suppose I’m probably going to go around the country and tell!”

Adam added quickly: “It starts in September,” to which Jermaine responded: “Brilliant, people will be down there to watch you I’m sure.” 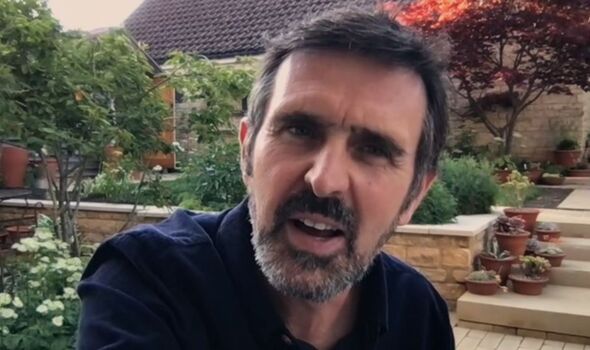 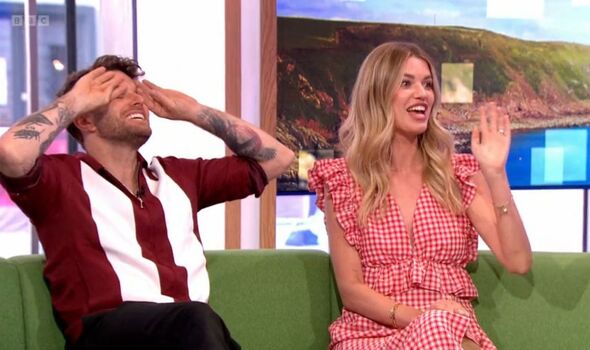 Joel and Hannah also took the opportunity to ask Adam a question about their new plants.

As a photo showed the couple’s fern, Angela admitted: “Your baby looks neglected, not going to lie.”

“This is our fern and we didn’t know what to do,” Hannah explained. “Because I didn’t want to make him naked, so I just left a bit of hair on him.

“When are you supposed to cut it?” she asked as Joel clarified: “When do you cut the brown bits off?”

The actor continued: “A new fern’s come out and when we saw the new ferns I have honestly never been so excited in my life!

“We had a little party outside, we hugged the tree, I honestly thought it was dead for like eight months so to see it finally have children, I don’t know the technical term, but it had children and I was like, ‘Oh my God.’ Does it look okay?”

“That is the most exciting thing isn’t it?” Adam responded. “When the fern just starts to grow.”

He went on: “And if you think about it, some of those plants have been around the same time as dinosaurs.

“So I love the way that you worked out it was male… I don’t know how you worked that out.”

The gardening expert advised: “Cut all those off, expose it to the world because when you look at that trunk it’s actually pretty cool.

“And what I do with mine at home, especially through the warmer months, is I will water through the top of it.

The One Show airs weekdays from 7pm on BBC One.