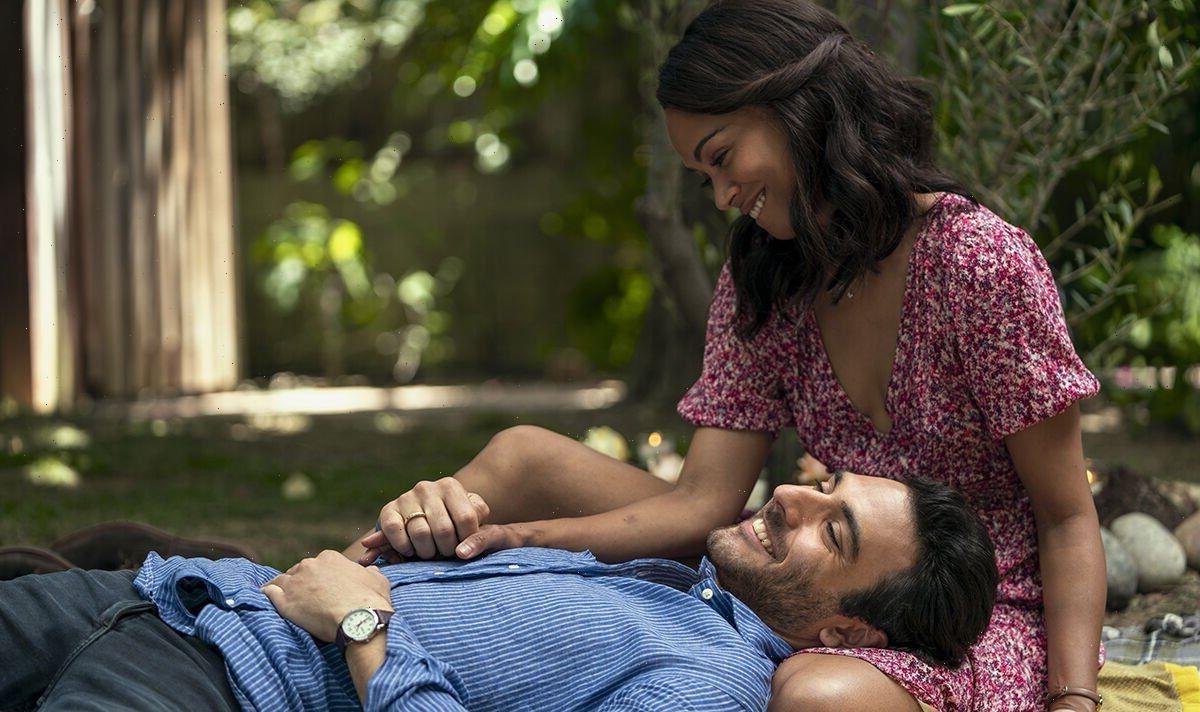 From Scratch is on Netflix and the series is based on Tembi Locke’s memoir of the same name. The harrowing true story follows Amy Wheeler (played by Zoe Saldaña), an American student who falls in love with an Italian chef. Actress Zoe has opened up about Lino’s health issues and his shocking diagnosis.

Does Lino die in From Scratch?

From Scratch has gone down a huge hit with fans who have fallen in love with its romantic storyline.

Sicilian chef Lino Ortolano (Eugenio Mastrandrea) sweeps Amy off her feet and the pair moved to LA together to start life as a couple.

However, when Lino was diagnosed with a rare soft tissue cancer called leiomyosarcoma, their lives were turned upside down.

By the final episode, Lino had succumbed to his illness and fans were left heartbroken.

Zoe told Tudum: “It wasn’t an easy set. We were dealing with a very fragile subject matter, and our leaders were the personal recipients of this experience.”

Author Tembi worked as a co-creator for the series and she suffered the same loss as the character Amy.

Amy was seen laying in bed with Lino until he took his final breath and Amy lost him forever.

He happened to die on a rainy night, reminding Amy of the couple’s courtship in Florence.

Zoe said she was supported by her producers and co-stars during the heartbreaking scenes.

She explained: “There were certain emotional moments that, either because I haven’t experienced them as an adult or because I did experience them as a child — and due to trauma, shut down certain departments within me — I was unable to channel myself.

“And Tembi was monumental in helping us all get there.”

Tambi’s memoir tells the tragic true story of her travels in Italy and her romance with Saro Gullo.

The love of her life was subsequently diagnosed with a rare form of cancer and he died in 2012.

Tembi moved to Italy after graduating high school and it was love at first sight when she met Saro.

Eventually, they reunited in New York and moved to LA together, getting married in 1995.

Seven years later, Saro was diagnosed with leiomyosarcoma and after his diagnosis, the couple adopted a child together.

Sadly, after 10 years of treatment, Saro died in 2012. Tembi continued to visit Sicily with her daughter after his death.

From Scratch’s finale also sees Amy fulfill Lino’s final wishes and return to Sicily to be with his family.

Despite their grief, she bonds with them and eventually begins to feel at home there once more.

Zoe said Tembi recalled specific moments leading up to her husband’s death which helped her ground the character.

She explained: “She helped by placing us in a moment, by sharing a detail of what we were wearing, or of how cold the room was [in real life], or if something came up that really stood out for her.

“Those moments would transport us to a place that we tried to the best of our abilities to interpret.”

The actress said she was proud to have been able to bring the story to the small screen and provide audiences with a sense of closure and release.

From Scratch is on Netflix now.