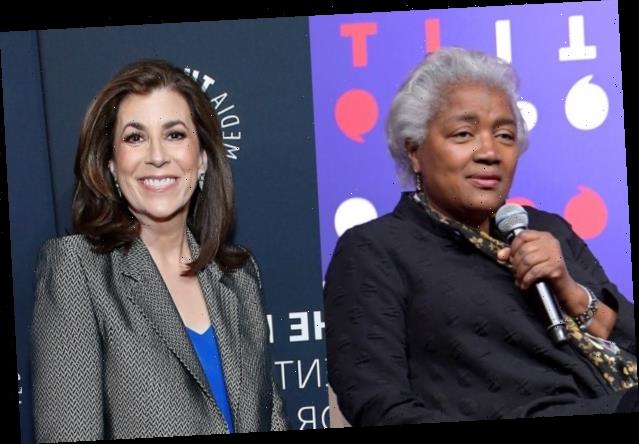 “Not too sure anybody benefited from that,” co-host Brian Kilmeade says on air

“Fox & Friends” cut away from the argument, which co-host Brian Kilmeade admitted probably didn’t benefit too many observers.

Kilmeade initially asked his guests what they thought of the messaging from the speakers of the first night of the Republican National Convention.

Brazile said she thought the speakers were lined up to speak directly to President Donald Trump’s existing base, though she appreciated them telling their “story” as the Democrats told theirs last week.

“You might dismiss last night and the next three days as ‘preaching to the choir,’ but that is the problem with the Democrat point of view, is that they don’t consider it a message that Americans represent, that Americans want to hear, that is a part of our everyday lives,” Bruce shot back.

She went on to discuss “racial violence” and the protests that began after the killing of George Floyd on Memorial Day, as well as the shooting of unarmed Black man Jacob Blake in Wisconsin Sunday, saying Democrats weren’t addressing the protests in the way Republicans were.

“This is why the choir sounds like a note coming from a scratched record. It sounds like I will never be an American in your world because after 400 years, my family cannot walk out of this house without fearing violence,” said Brazile, who is Black, prompting a back-and-forth during which the women spoke over one another.

“Nobody is saying that,” attempted Bruce, but Brazile said, “Yes, you are.”

Kilmeade pleaded once for Brazile to let Bruce speak, but the two continued to speak at the same time.

Eventually, Kilmeade admitted, “I don’t know how it got off the rails.”

All the Movies Suspended or Delayed Due to Coronavirus Pandemic (Updating)

As the coronavirus continues to spread, an increasing number of movies are delaying or suspending production. As the number of impacted movies grows, TheWrap felt it would be most informative to keep a running list.