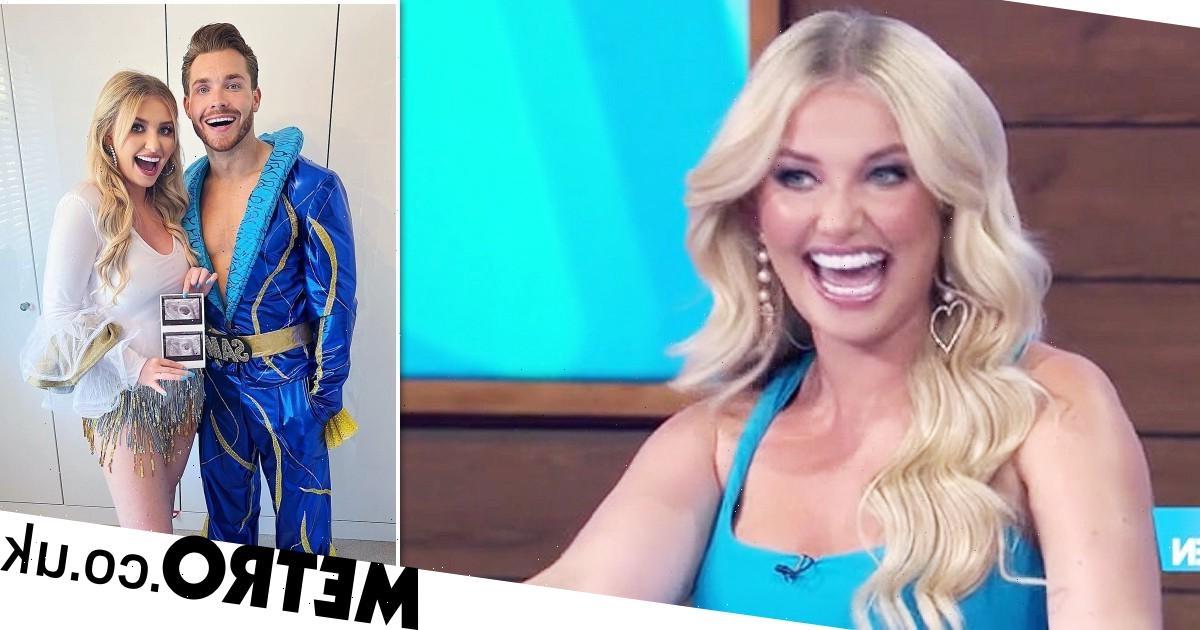 The reality star, who appeared on the ITV2 dating show in 2019, has been very open about her journey with freezing her eggs after learning that she is likely to go through early menopause.

Wanting to make sure she’d be able to have her own family, she was initially pursuing IVF on her own before meeting Sam last year.

Now, the two are all loved up and expecting a baby together, with Amy confirming on Monday’s Loose Women that she is around 13-14 weeks pregnant.

Wearing a beaming smile on her face, the influencer could not have seemed happier, as she went on to share that she doesn’t want to find out whether she’s having a boy or a girl, hoping to keep it a surprise until the end.

Explaining how it all happened, she shared: ‘It was very unexpected, we weren’t going to start trying until next year… I had my 30th completely sober – Amesfest. Stacey’s sister made me a cup so no one could see what I was drinking and everyone kept coming up to me and saying, “You don’t seem very drunk?” 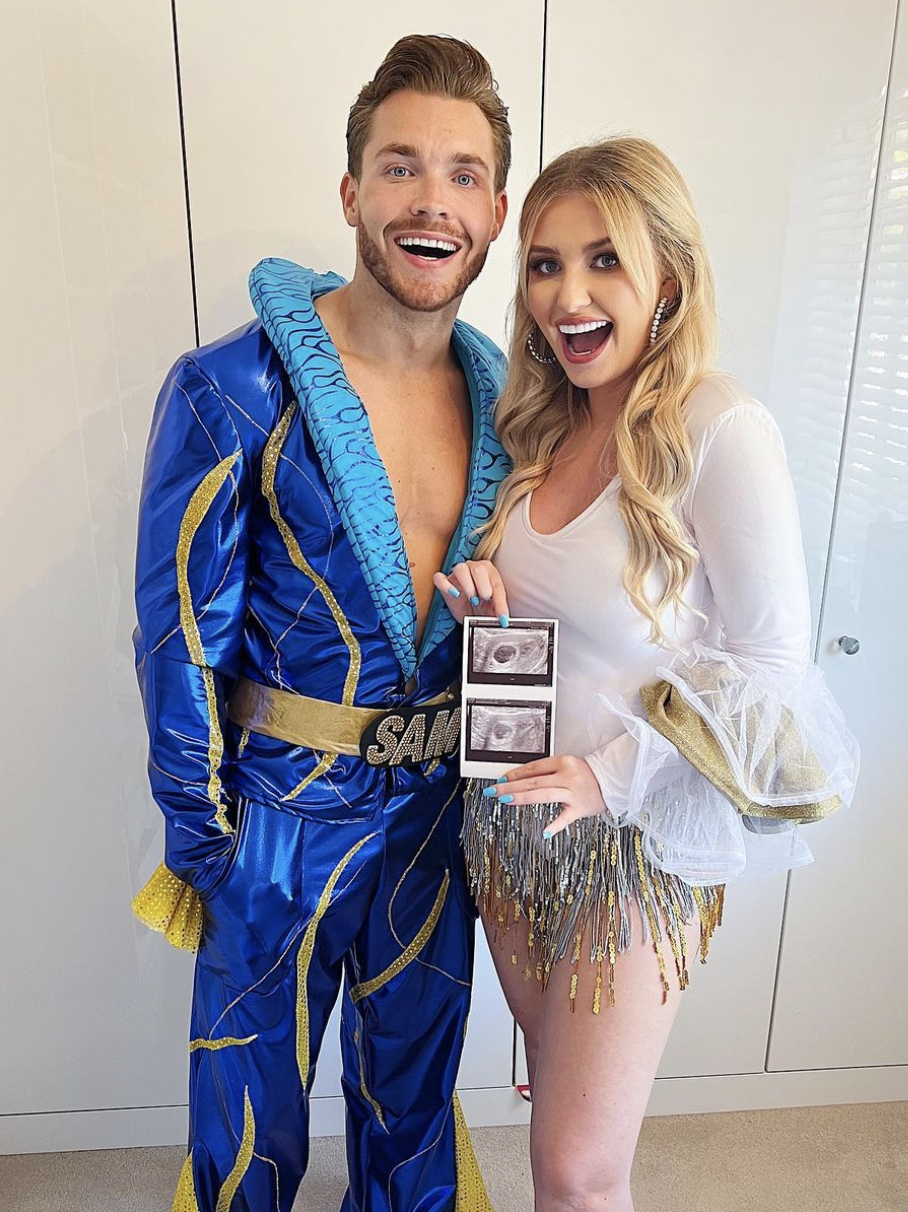 ‘And I said to my best friend, “People are beginning to ask”, and she said, “Well, you’re going to have to do something then!” So the Abba tribute band was playing Lay All Your Love On Me and I started crawling across the dancefloor, and nobody asked again!’

When Sam joined the ladies at the desk he said: ‘It was just such a shock, it was so unplanned, it just happened – disbelief really.’

In one of the most creative pregnancy announcements the world of celebrity has probably ever seen, the reality TV icon shared a series of adorable snaps on her Instagram, showing her and Sam dressed up like members of Abba.

‘Mamma Mia 🤩 Here we go…..👶🏼🤪’, she captioned the pics of the couple holding up their scan photo.

‘So as you may or may not have noticed we’ve been a little less active on here in the last few months, certainly a lot less drunken behaviour on Amy’s stories 🤣’, she wrote.

‘In short, she’s either been asleep or nauseous. Family is so important to both of us, it was a value that bonded us right from the start and we are so excited to become a family of our own in March 😍 From a sober 30th, to a sober week long hen do, it’s been so hard keeping it a secret but we’re so happy we can finally share it all with you!’

Amy added: ‘We’ve both had individual and collective worries over the years that this may not have been the simplest process or that it may not happen at all’, before sharing that she got pregnant ‘unexpectedly’ because her app was ‘telling us that the fertile window was SO out’.

‘So much so that if we’d started trying in January as planned we probably wouldn’t have fallen pregnant as we would have been nowhere near the ovulation days!’, she said.

‘We were told earlier this year that if we hadn’t fallen pregnant within 6 months of starting trying, it would be straight to IVF. Life has a funny way eh!!’

Having appeared on Loose Women several times in the past to discuss fertility MOTs, solo IVF, and egg freezing, Amy – who even introduced Sam to the world via the ITV panel show – felt it was only right to have that as the place she announced her news.

She said she ‘can’t wait’ to no longer have to keep her pregnancy a secret, noting: ‘As people who always strive to be authentic it’s been SO HARD.’

Wrapping up her Insta announcement, she said she will strive to be as ‘sensitive’ as possible when sharing aspects of her pregnancy, promising ‘minimal moaning’ and a ‘positive mindset’.

‘The baby will be an addition to our pages as we share our lives, not the sole focus’, she said.