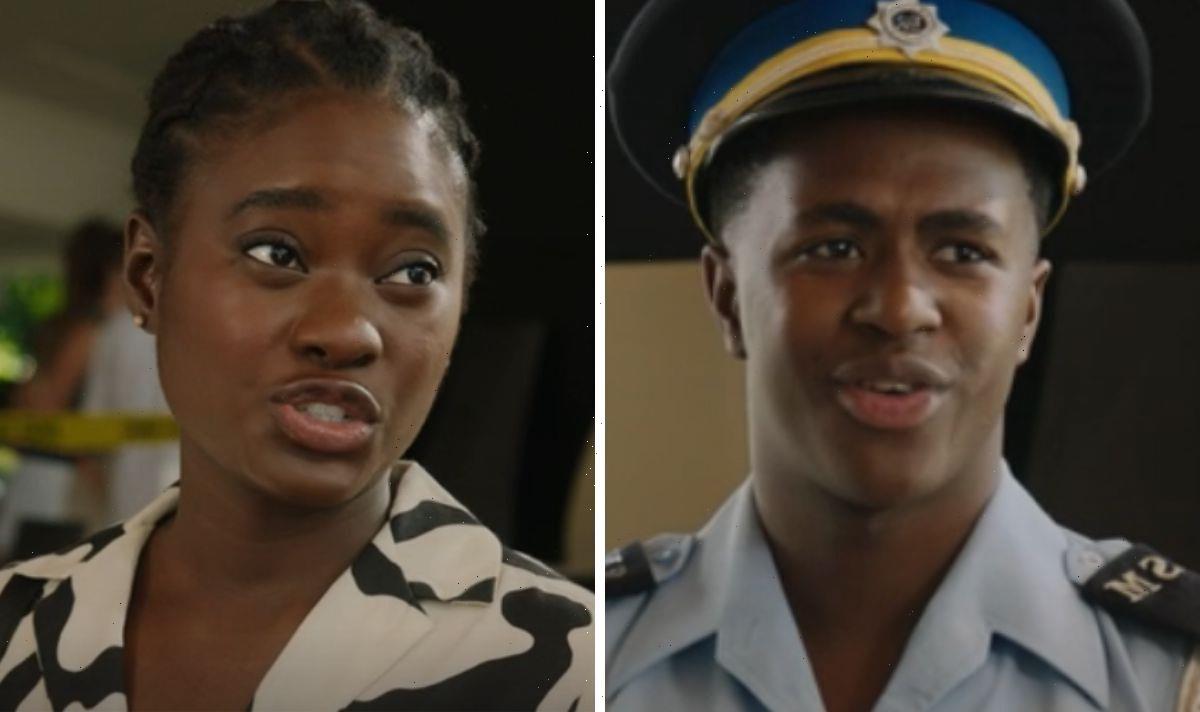 Death in Paradise: Ralf Little addresses his future on show

Series 11 of Death in Paradise saw the arrival of new police officer Naomi Thomas (played by Shantol Jackson) who was keen to make her mark and impress detective Neville Parker (Ralf Little). The newcomer replaced Sergeant JP Hooper (Tobi Bakare) who decided to leave Saint Marie to spend more time with his wife and children.

However, speaking in a new interview with her co-star Tahj the actress who plays Naomi opened up about how she landed the role.

She admitted she originally auditioned for the BBC series in 2018 for a different role, but got rejected by BBC bosses.

Despite being devastated, Shantol remained optimistic and last year, she finally bagged her dream job on the show.

“I did five auditions and they kept saying ‘Hey, we love your performance, but you need to change this and change that,'” Shantol recalled.

However, despite feeling confident that she had bagged the role, Shantol was left devastated when she was told she wasn’t right for the part.

“Tahj, I won’t lie, I balled,” the Naomi Thomas star explained. “I was so devastated and I cried, I was like ‘This industry is so awful, why am I doing this?'”

Shantol explained she had a “proper breakdown” following the rejection, but was optimistic about her future.

“Every year I would send them an email saying, ‘Thank you for still being here with me’ because nothing was happening.”

“I sent my gratitude email like I do every year, and my agent said to me, ‘You know what? The journey is a marathon, it’s not a sprint, and we’re still here because we believe in you, we know you can do it’.

“I said, ‘Well, oh this is nice but still…’ And, literally, after that, his assistant messaged me and said, ‘You know what we have heard from Death in Paradise, they want you to audition for something again’.”

“This was in January and I didn’t hear back from them until March/April so I was like, is this really happening?” Shantol went on to add.

She explained she managed to skip through the audition stages and did a chemistry read with the cast.

However, when it came to reading the script, she said things didn’t go to plan.

“The chemistry read with you guys on the Thursday, that was hilarious,” she detailed.

“There was construction happening next door, do you remember? I had to go and ask the guys I was like, ‘Could you just stop hammering for, like, 20 minutes so I can do this tape?'”

Tahj chipped in: “I was like that is not what you want to happen when you’re auditioning for a big role like that.

“I felt so bad, I was like, ‘I feel so sorry for her’, but you still killed it though.”

“Listen, I had props and everything,” Shantol shared. “I had a rucksack, I came prepared.

“I did that chemistry read with you guys the Thursday and the Monday morning my agents called and said I had the role.”

Death in Paradise is available to watch on BBC iPlayer and Britbox.