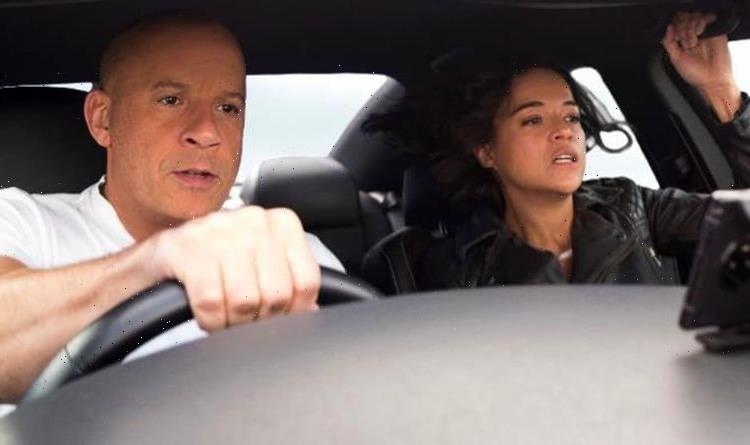 It’s been almost a year since Fast and Furious 9 was supposed to originally hit cinemas before the pandemic saw the blockbuster postponed. The upcoming sequel is now gearing up for a July release in cinemas and franchise star Vin Diesel has released a new trailer. Featuring incredible footage, the 53-year-old breaks character to mark the upcoming return to the movies.

Getting out of one of Dom’s many sports cars, Diesel reflected on a year without big-screen movies.

He said: “It’s been a while. The roads were a little empty.

“Places where we used to gather went quiet. We’ve gone through a year that tested us.

“But we’re starting to see the promise of a new day.” 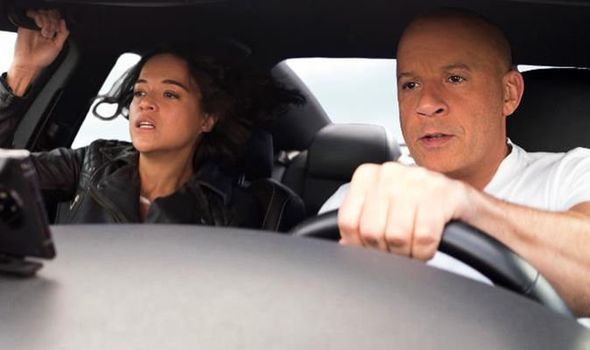 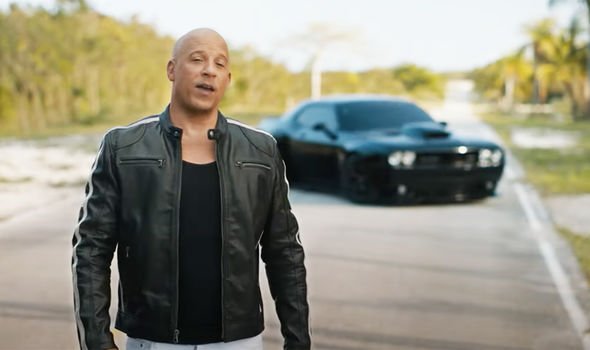 Diesel continued: “For more than a hundred years there’s one place where we all came together to be entertained.

“To escape, to go someplace new. The movies.

“There’s nothing like that moment when the lights go down. The projector ignites and we believe.”

Giving fans a taste of what to expect from Fast and Furious 9, footage is then shown of Dom and Letty driving through a jungle as they’re chased by helicopters firing on them. 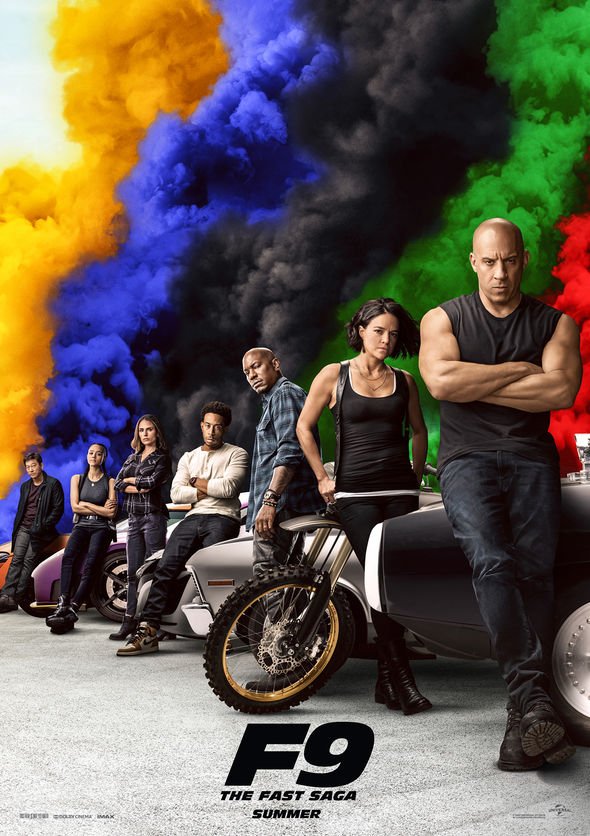 In a spectacular over-the-top style that made the franchise famous, Dom then drives off a cliff before a wire miraculously swings their vehicle onto another ledge.

Over more footage from the upcoming Fast and Furious 9, Diesel continued: “After staying apart for so long, it’s time to come back together.

“To laugh, to cheer. We’re ready to make you believe again.

“Because nobody does a comeback like the movies. We’ll see you soon.”

Fast and Furious 9’s synopsis reads: “Vin Diesel’s Dom Toretto is leading a quiet life off the grid with Letty and his son, little Brian, but they know that danger always lurks just over their peaceful horizon.

“This time, that threat will force Dom to confront the sins of his past if he’s going to save those he loves most.

“His crew joins together to stop a world-shattering plot led by the most skilled assassin and high-performance driver they’ve ever encountered: a man who also happens to be Dom’s forsaken brother, Jakob (John Cena, the upcoming The Suicide Squad).”

Justin Lin returns to direct the blockbuster having helmed the third, fourth, fifth and sixth movies of the franchise.

Cardi B will also debut a new character called Leysa, who has a connection to Dom’s past.