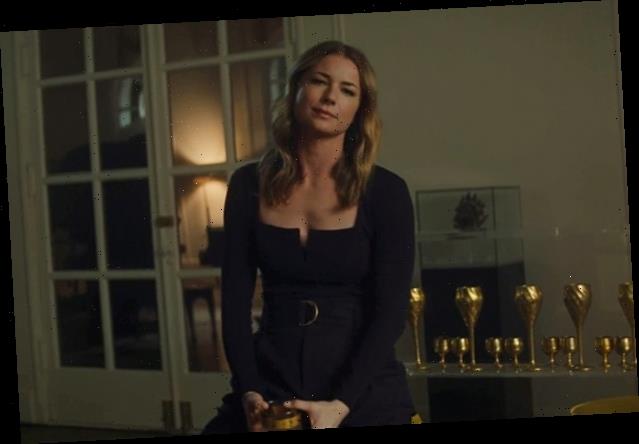 Sharon Carter finally showed up, and she told the story of how the old Captain America hung her out to dry 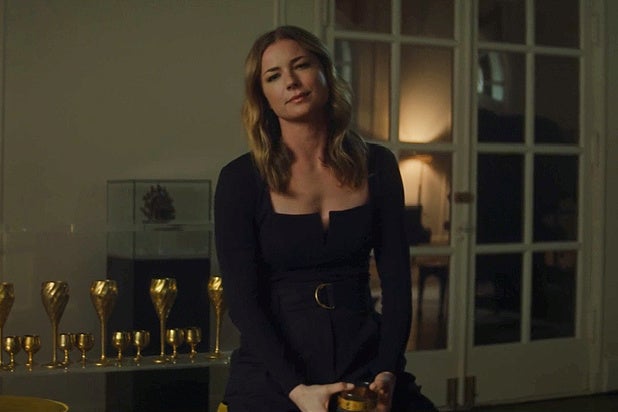 It’s always interesting to see the Marvel Cinematic Universe deconstruct itself, and that’s something that “The Falcon and the Winter Soldier” — and the “Captain America” movies before it — have been doing a lot of. Learning in the series premiere that members of the Avengers, like, don’t pull a salary or benefits, for example. Or back in “Captain America: Civil War” when everybody had to deal with the fallout of the immense destruction they were party to during the battle with Ultron.

“The Falcon and the Winter Soldier” threw another one of these things in the mix this week when it welcomed Sharon Carter (Emily VanCamp) back to the MCU for the first time since 2016.

The last time we saw her — as she herself notes in the episode — she was aiding #TeamCap, who were on the run after Bucky broke out of jail. She stole Captain America’s shield and Falcon’s flight suit, and then had to go on the run herself. But before she left, she shared an emotional kiss with Steve Rogers.

From there, as we know, Captain America, Falcon, Black Widow and Wanda Maximoff all went on the run as outlaw superheroes, staying out of sight until Thanos’ minions arrived on Earth two years later in “Avengers: Infinity War.” After that, all was apparently forgiven — at least for Steve and Natasha, who were the only ones from that group to survive the snap.

But Sharon Carter wasn’t forgiven. For whatever reason, nobody ever thought to check in on her, or extend her the same amnesty that the big-name heroes got. That’s ridiculous on multiple levels, but it also tarnishes Steve’s legacy even further.

While nobody addresses this during this episode of “The Falcon and the Winter Soldier,” Sharon was counted among those were were snapped. Or, at least she was among the masses of people that the Avengers believed were snapped — they thought Ant-Man had been killed too, but he was just stuck in the quantum realm. It’s possible, given her current job as (apparently) the leader of some kind of criminal organization, that she was just in hiding.

Neither scenario looks great for Steve. It’s odd, just to begin with, that he didn’t bring her into his crew when they went on the run. While Sharon may just be a regular human with no special equipment, the same goes for Black Widow, who nobody has ever objected to having in the Avengers. There’s clearly room in these superhero squads for normal-but-incredibly-competent people like Sharon, who could have put her spy skills and contacts to good use in that scenario. And until the Children of Thanos showed up it’s not like they were doing anything particularly exciting or dangerous during the two years they were on the run anyway.

But let’s say, for the sake of argument, that Steve didn’t know what happened with Sharon after “Civil War,” and then thought she’d been snapped at the end of “Infinity War.” It’s simply not plausible that he wouldn’t try to look her up after everybody came back. Steve isn’t one to forget his crushes, after all — he pined after Sharon’s aunt Peggy for a really long time.

Steve’s personal story in “Avengers: Endgame” — the ending specifically — has always driven me nuts. After everything Steve had seen, after demonstrating over and over again how crucial his presence is to the safety of the world, he abandoned everyone to retire with Peggy in an alternate universe version of the past, where he apparently lived out the rest of his life without doing anything else heroic that we know of. It was completely out of character for Steve to shirk the great responsibility that came with his great power like that — and yet that’s exactly what he did.

The Sharon thing somehow makes that whole deal even worse. You have to imagine that most everyone who survived the Snap (I’m not gonna call it “the blip,” sorry) would have spent those five years haunted by those they lost, and would have put in some effort to find them once everybody popped back into existence. But I guess Steve just didn’t bother looking in on Sharon before he bailed on everyone. He just let her rot, still a fugitive from the law, unable to return to her home country.

You could make the argument that he didn’t want to embarrass her by telling her about his plans to travel back to the 1940s to woo her aunt. But if he didn’t take steps to have her pardoned, then there’s almost no chance he even tried to find out what happened to her. And there’s no way he just forgot about her in all the madness — he was planning to retire to the past so he could bang her aunt! He definitely would have thought about Sharon during all that.

It’s frankly just awful. She got in trouble in the first place because Steve asked her for help. She was in that mess because of him. And based on what we’ve seen in the movies and now, TV shows, he could not be bothered to help her out in return. And he definitely could have done so. He’s Captain America, and he just fought and won the craziest battle in the history of the world. If he had wanted Sharon pardoned, he could have gotten it without any problem.

As far as I’m concerned, the legacy of Steve Rogers is in absolute tatters right now. And I can’t imagine the rest of “The Falcon and the Winter Soldier” is going to do anything to change that.