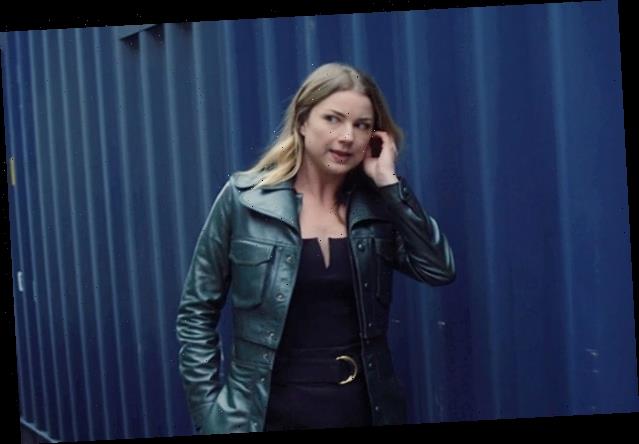 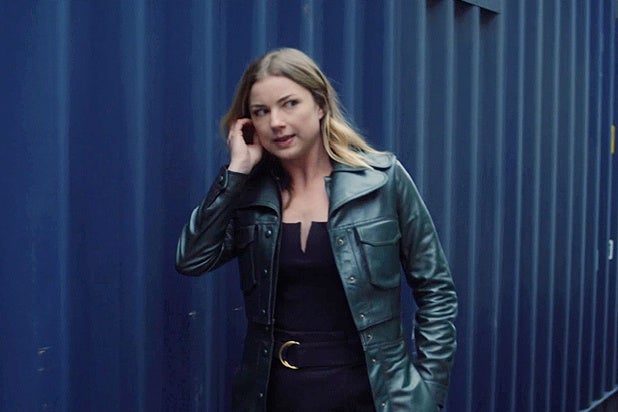 It was interesting to realize that at the end of the third episode “The Falcon and the Winter Soldier,” it’s still extremely unclear what the overall plot is. That’s not a bad thing — Sam and Bucky have a mystery they’re trying to solve. And that mystery has expanded greatly with the introduction of a new player: The Power Broker.

The gist of the main story thread thus far on “The Falcon and the Winter Soldier” is that there’s an anarchist-style group called the Flag Smashers who are up to no good — they want to return the world to the way it was after Thanos snapped half the universe out of existence. How they mean to accomplish that is unknown, but it will presumably involve mass murder.

The Flag Smashers are also full of folks who have taken the super soldier serum and can beat up just about anyone. And they’ve got somebody else on their tale as well: Somebody they call the Power Broker, whose identity is unknown as of now.

This is an interesting dynamic, particularly with regards to the Power Broker since we have no idea if this person is good or bad. We really just know one thing about them, in fact — that they are the source of the Flag Smasher’s powers.

So in the Marvel Comics, the Power Broker is a guy named Curtiss Jackson, and he’s a dude who basically sells superpowers to people. That trait is by far his most relevant to “The Falcon and the Winter Soldier.” This week, in the third episode, it was confirmed that the Power Broker is the one responsible for the creation of this new super soldier serum that was derived from Isaiah Bradley’s blood. But who could this be?

There’s really no reason to assume that the Power Broker is going to be the same person on “The Falcon and the Winter Soldier” that he is in the comics. This is a pretty obscure character, and he’s actually been dead in the comics for a while and hasn’t had a meaningful role to play in any stories in decades. So the Power Broker could be anyone, and not necessarily Curtiss Jackson.

Beyond the comics, there aren’t many clues to go on. The name first comes up at the end of episode 2 as the Flag Smashers are loading their latest haul of medical supplies onto a small plane — and one of them gets a call that the Power Broker’s people are there. They scramble to load up as much as they can but are forced to leave some behind as they take off, barely escaping.

Though one of them doesn’t, with the Power Broker’s men shooting him as he stalled for time. But they didn’t shoot until this superpowered terrorist charged at them. So the Power Broker may not be feeling overtly murderous.

In any case, the Power Broker is mad at the Flag Smashers because they stole the serum, and he or she wants it back.

So there aren’t a lot of good candidates. Zemo would have been the most obvious candidate, just because he’s an existing villain. But that doesn’t really jive with his whole deal. Back in “Civil War” he wanted to learn about the other Winter Soldiers — others who had been subjected to some version of the serum — just so he could kill them. Zemo doesn’t like super-powered people, and now he’s helping out our heroes specifically because he wants to destroy this new serum.

Plus, he’s been locked up since the last time we saw him, so he’s got an alibi.

So with him out of the way, there are two main candidates as I see it.

The first, and less likely I think, is Batroc the Leaper. He’s the guy who was leading the crew that Sam fought on the airplane in the opening sequence of “The Falcon and the Winter Soldier” premiere, and a returning minor character from “Captain America: The Winter Soldier.” His whole deal in that aerial mission last week is still unclear, so he’s a prime candidate for the Power Broker.

But I think it’s more likely that he just works for the Power Broker. I think the real Power Broker is somebody we know better than we know Batroc, and who only just showed up on “The Falcon and the Winter Soldier” this week: Sharon Carter.

While there is definitely a bit of a villainous air when people say that title aloud, it’s important to remember that it was the Flag Smashers — clear antagonists after they blew up a building this week — who were afraid of them. The Power Broker is definitely an independent third party, and might not actually be a bad guy — and I certainly don’t think Sharon will be a bad guy.

Sharon as the Power Broker makes sense to me in light of, well, everything we’ve learned about what happened with her since we saw her last in “Civil War.” She was branded a traitor like everyone else on #TeamCap, but I guess nobody ever thought to check up on her after the Avengers reunited in “Infinity War.”

“Avengers: Endgame” showed us that the Avengers at least believed that Sharon was snapped away — she was one of the faces on the screens at Avengers HQ listing off the missing folks — which would mean she’s accomplished a lot in the months since the Hulk snapped everybody back into existence. So if she can build up some kind of black market art organization, then she’s probably capable of plenty more.

That enterprise, and her massive home, and her armed guards are all potential clues — it wouldn’t be shocking for somebody who has “broker” in their name to have an illicit art business. And you absolutely would expect a crime boss to have an extremely nice house with a bunch of guards.

If it’s not Sharon, then surely it would have to be a character we know already either from earlier in this series or a previous MCU movie. At this stage it would be strange to introduce somebody completely new, since we’ve only got three episodes of “The Falcon and the Winter Soldier” left to go.