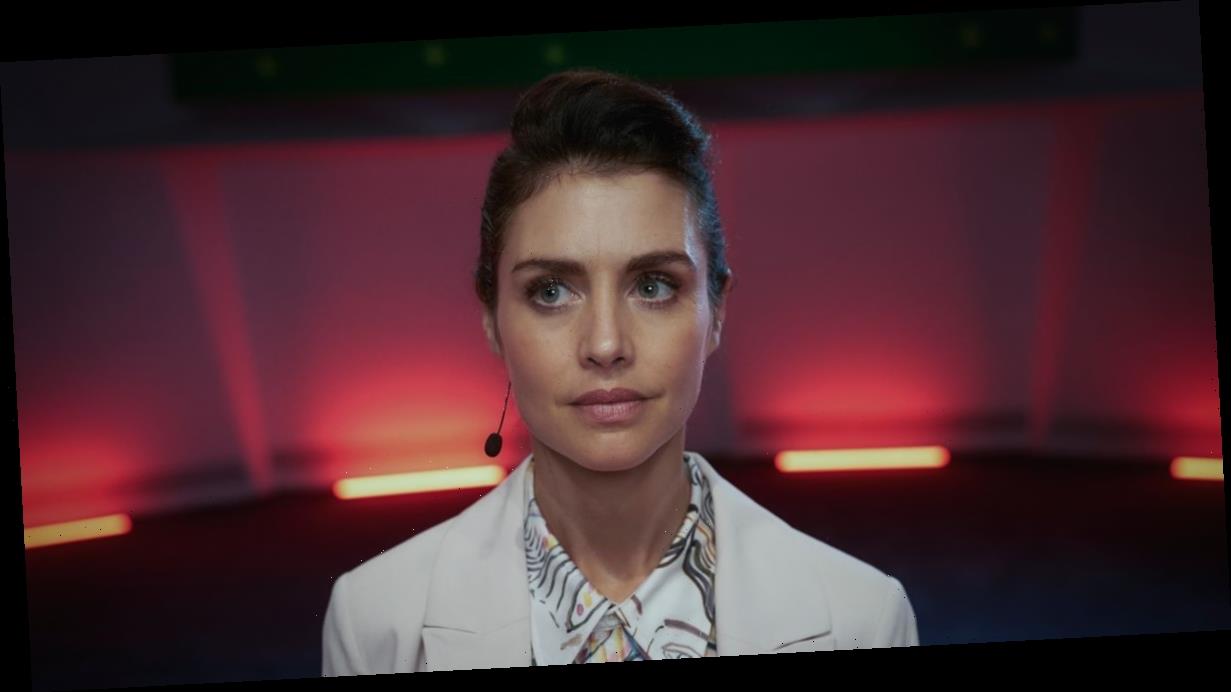 What if science could help us along in the journey of finding the perfect match? Released today, Netflix’s brilliant new psychological drama ‘The One’ is set in the near future, where a new dating agency offers a fail safe way to find your soulmate.

All you need to do is give a hair sample and science will take over, identifying the one person that you’re genetically predisposed to be with.

Sounds easy, right? But as this thriller proves, nothing is ever that straightforward. Here’s everything you need to know about the new binge worthy series…

What is the plot of Netflix’s ‘The One’?

The show is set “five minutes in the future,” where dating has been revolutionised by DNA technology. MatchDNA is a dating service founded by Rebecca (Hannah Ware), a woman who is blinded by her ambition and is unable to see the pitfalls in her work.

After the discovery that people are able to be matched to a predisposed partner through the use of their DNA, the service offers users the chance to find out who their true soulmate is.

The programme’s synopsis explains: “No matter how good your relationship, which one of us can honestly say we haven’t thought about whether there is someone better out there? What if a hair sample is all it takes to find them?

“The idea is simple, but the implications are explosive. We will never think of love and relationships in the same way again.”

At first a massively exciting concept, the cracks in the new way of finding love soon appear as the implications of the matches begin to build pressure and the CEO of the company comes under scrutiny.

The series boasts a stellar line up and more than a few recognisable faces.

Hannah Ware, who you’ll know from her past role in Kelsey Grammer’s political drama Boss, is on hand to play MatchDNA’s ambitious founder, Rebecca.

Rebecca’s cofounder, James, who was formerly one of her closest friends but has now left the company for reasons yet to be unveiled, is played by Riviera star Dimitri Leonidas.

Industry star Amir El-Masry plays Ben, whose always had a soft spot for Rebecca, but finds his own technology pairs him up with someone else.

Other characters include journalist Mark (Harlots’ Eric Kofi-Abrefa) and his wife Hannah (Discovery Of Witches’ Lois Chimimba.) Hannah is worried that her husband will be led astray when he tries out the technology and a match is found.

Yes! The show is based on the book of the same name by John Marrs. The former TV editor on the Daily Star supplements wrote the book during his lunchtimes in the office and while commuting to and from London.

Speaking to OK online ahead of the exciting series’ release, John told us that he was “speechless” when his novel was picked up by Netflix and gave us the lowdown of where the futuristic idea came from.

John said: "In 2016, my partner and I were planning our wedding for the following year in New York’s City Hall. I was working in London at the time and one evening on my way home, I was on the escalator heading for my tube train, people watching.

I was looking at the folk on the other side thinking how lucky I was to have found my match. Then I began wondering how much easier it would be if there was something inside us all that matched us with just one person in the world. And if we came into contact with them, we just knew on instinct, they were the perfect person for us. I started writing The One the next day. Within eight months, I’d finished my final draft.”

Originally, John self published the novel. But that same week, he was approached by publisher Penguin, who wanted to publish the book in the traditional way and production company Urban Myth, who wanted to develop the brilliant story into a TV series.

“Of course I said yes to both! I know that many books are optioned but very few actually get made,” John explained, “So for it to appear on Netflix wasn’t something I’d even considered. When I was told it would be, I was actually speechless. I’m still not sure if it has sunk in.

"I got to go on set in January last year to watch it being filmed in London. That was a surreal experience being surrounded by fifty or so production staff, actors and behind the scenes people all there because of a crazy idea I had in my head for a story.”

Now a full-time author, John explained that he wrote ‘The One’ while commuting to work at Express Newspapers. “My first four books were written on trains. It was an hour and a half commute from my house to Express Newspapers where I worked as a journalist in London. “I’d slip on my headphones and play music to block out my fellow commuters and get writing. And I also worked through my lunch breaks most days, taking my laptop to a quiet floor in the building where there were empty chairs and desks.

“So that was at least four hours of writing a day, as well as juggling my day job as a journalist writing about television. Nowadays, I am a full-time author and write at home. But with a laptop, I can do this job anywhere."