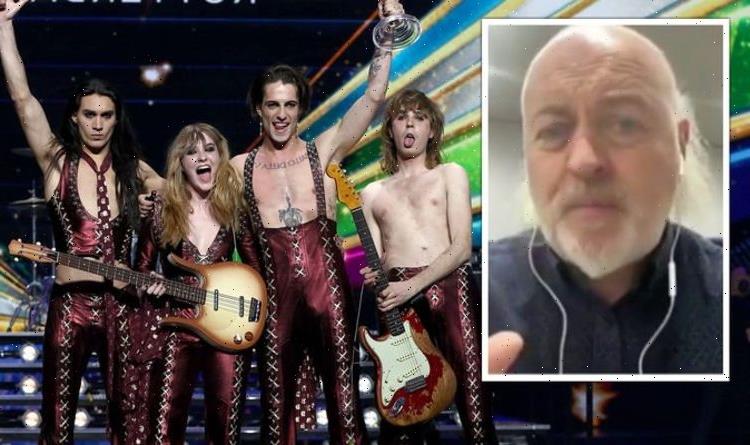 Eurovision: Bill Bailey claims Italy were 'miming' their guitar use

While lead singer of Måneskin, Damiano David, has been cleared of drug use by Eurovision officials after taking a voluntary drug test, the band have been hit with fresh backlash. Speaking on Jeremy Vine on 5, Bill Bailey noted the band would not have been able to perform with live instruments so the drums and guitars would have been pre-recorded.

Present day rules for Eurovision specify that all instrumental music should be pre-recorded with no live instrumentation allowed.

Acts can therefore not use an orchestra if they desired to.

Host Jeremy remarked: “Loud guitars! I was struck that amongst all the artificiality, those guitars of that winning entry really packed a punch.”

“Yes but here’s the thing Jeremy, you and your panel, I’m sure you know this but live instruments are banned from Eurovision,” Bill revealed. 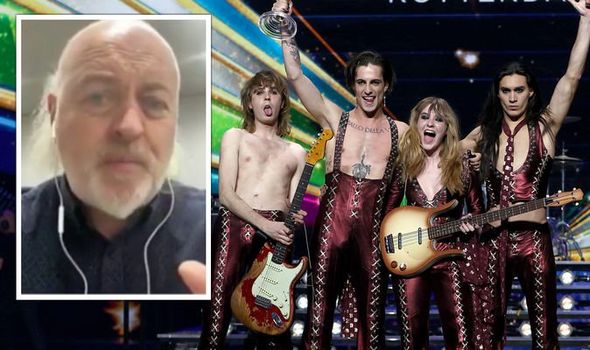 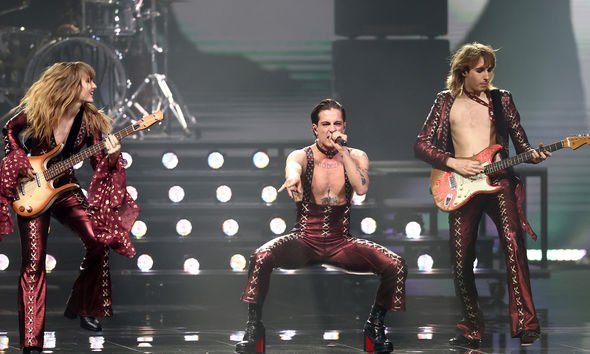 Jeremy cut in: “They’re miming to loud guitars. They reminded me of the darkness this lot.

“Yes, exactly, but with a May Pole or something and people dressed in leather doing the Morris dance.” 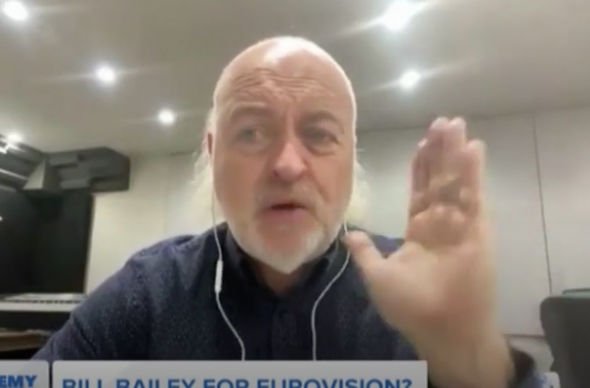 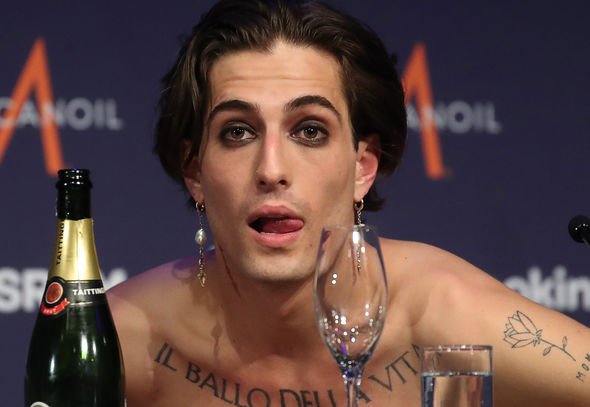 It comes after Damiano, the lead singer of Måneskin, took a voluntary drugs test after a viral video led to speculation he’d been using drugs.

The singer strongly refuted the allegations and has since returned a negative drugs test.

“A drug test was also voluntarily undertaken earlier today by the lead singer of the band Maneskin which has returned a negative result seen by the EBU.

“No drug use took place in the green room and we consider the matter closed.”

Speaking on BBC Breakfast before taking the drugs test, Damiano said he was “offended” but the speculation about taking drugs.

“It was the moment where they were giving us 12 points, meanwhile Thomas broke a glass so while we were cheering I saw the glass broken and I was like ‘My God, what happened?’” he explained.

“I feel really offended. We are young guys with huge passion for the music.

“This is overshadowing our winning. We will get drug tested and prove it’s all speculation.”

Eurovision Song Contest is available to catch up on BBC iPlayer.