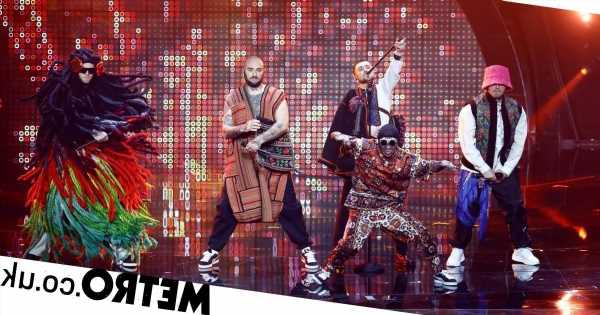 Eurovision fans stood in solidarity with Ukraine as they performed at the semi-finals tonight.

Hip hop collective Kalush Orchestra are doing the honours of representing their country in this year’s song contest with their song Stefania.

The group, which consists of Oleh Psiuk, multi-instrumentalist Ihor Didenchuk and dancer Vlad Kurochka, received special permission to participate in this year’s song contest amid Russia’s ongoing war in Ukraine.

Members of the rap group were initially fighting on the frontlines before being allowed to leave.

Following a strong opening from Albania’s entry, Kalush hit the stage during the live semi-finals where they roused the audience with their performance of the popular song, which is tipped to send them to grand final and even win.

The trio were dressed in elaborate outfits including two members in long multicoloured fringed ensembles and others in traditional patterns. 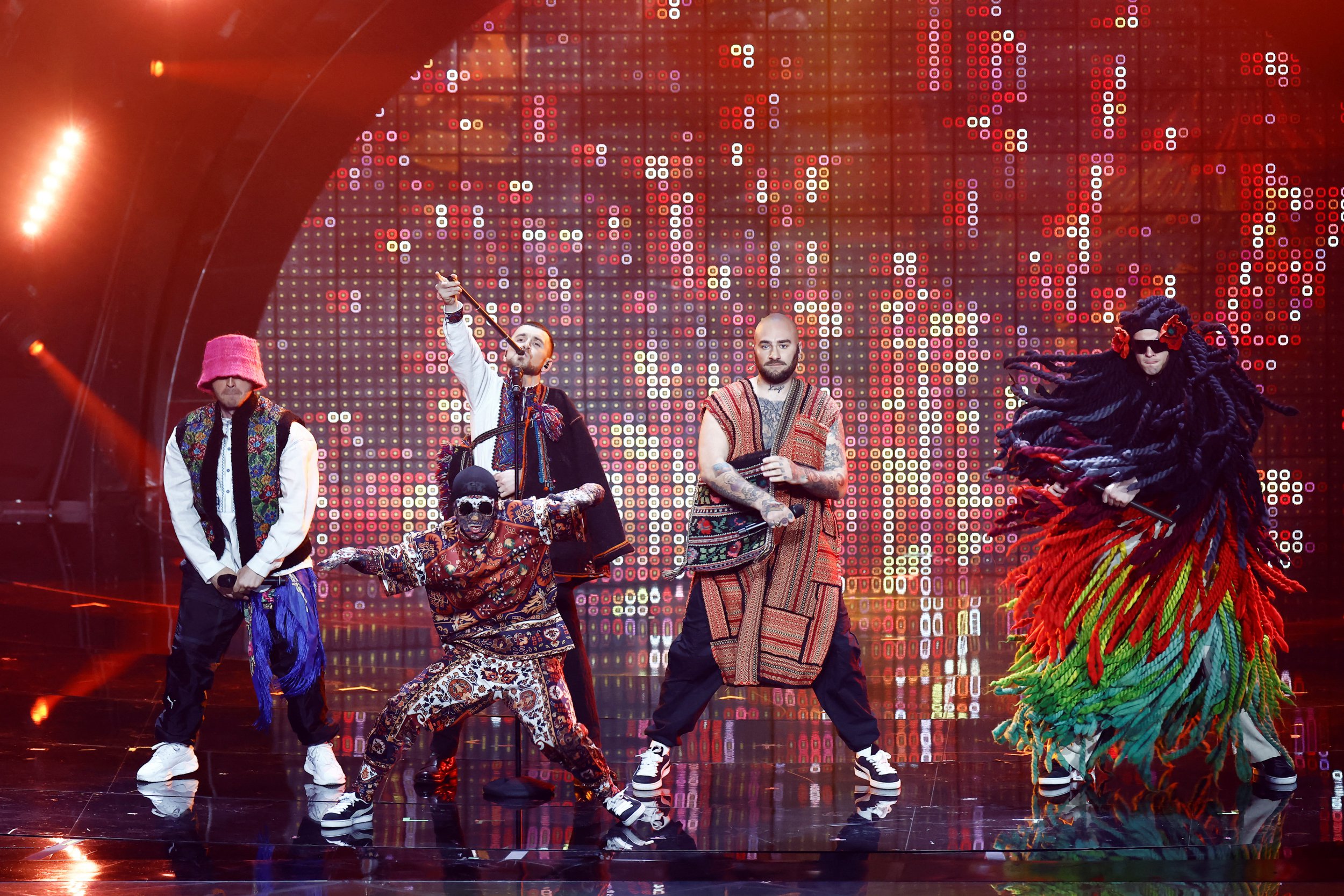 Their performance, which combined rap and Ukrainian folklore, went down well with the audience as it cheered the group on and many Ukrainian flags were waved, and they even received a standing ovation.

Reacting to the performance, one said: ‘Well I’ll be amazed if #Ukraine doesn’t go through to the final.’

Another weighed in: ‘Ukraine’s incredible ability to bring out a super catchy hit every year for Eurovision.’

‘The standing ovation for Ukraine is a moment of a lifetime beautiful!’ another said.

Russia’s entry was removed from the song contest this year, joining sanctions against the country in light of President Vladimir Putin’s invasion of Ukraine, which began in February.

Kalush previously told Eurovision TV of their involvement this year: ‘We feel a big responsibility, since we received permits to leave Ukraine to be here. We have a duty to be useful to our country at this moment.

‘We didn’t have any opportunity to rehearse together for a long time, but now, we’ve gone into “extra mode”.

‘We’re all very hard working, and we’re all doing what we can to make this happen. We’ve enjoyed seeing people singing our song, even if they didn’t know all the words. We really appreciate seeing people supporting Ukraine, and supporting us.’