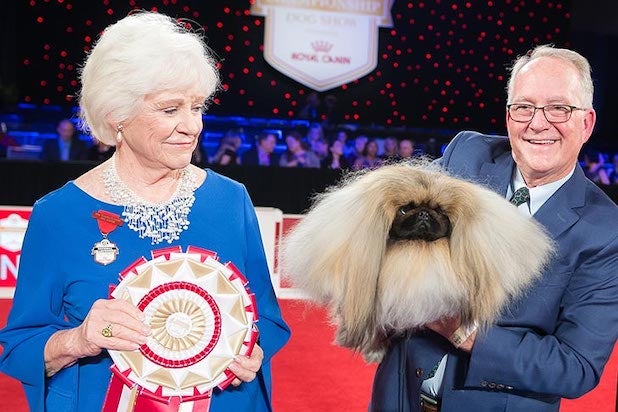 Yes, we all have the same joke: ESPN is going to the dogs.

The cable channel, owned by The Walt Disney Company, has signed a three-year deal with the American Kennel Club (AKC) to carry a bunch of AKC-sanctioned dog competitions, including this weekend’s AKC National Championship Presented by Royal Canin.

The deal makes ESPN the AKC’s sole television partner in the United States. Financial terms of the deal were not disclosed.

As part of the pact, certain AKC events will stream live on the ESPN app. That aspect begins pretty much immediately, with the AKC Fastest Dog USA event live-streaming on the app this Friday from 2 p.m. ET to 4 p.m. EP. If you can’t figure out technology, check it out Sunday at 6 p.m. on ESPN2.

The big one, the AKC National Championship, takes place this weekend in Orlando. It will stream live on the ESPN app at 4:30 p.m. ET on both Saturday and Sunday. The event will air on Disney’s broadcast channel ABC as a three-hour program on Sunday, Jan. 17, starting at 2 p.m.

The AKC National Championship used to air on Animal Planet, which is owned by Discovery, Inc.

ESPN will also get access to the AKC’s library of dog programming. You know, just in case there are no sports again.

“People just love their dogs and our viewers responded very well to our previous AKC telecasts,” Burke Magnus, ESPN executive vice president of programming and original content, said in a statement on Monday. “We’re very pleased to be able to bring them more in the years to come, showcasing the beauty and athleticism of dogs and the great teamwork these events require, and making ESPN the home of dog action sports. I know my black labs Luna and Stella will be joining me to watch.”

“We are thrilled to expand on our amazing relationship with the leader in sports television,” added Dennis B. Sprung, the president and CEO of the AKC. “AKC Sports demonstrate the very best in canine athleticism and the strength of the human-canine bond. It is exciting to introduce new audiences to these action-packed events and showcase the stellar dogs that compete and we cannot think of a better place to do so than ESPN.”

The AKC is the largest purebred dog registry in the world and the leading governing body of dog sports in the United States. More than 22,000 competitions for AKC-registered purebred and mixed breed dogs are held under AKC rules and regulations each year including conformation, agility, obedience, rally, tracking, herding, lure coursing, coonhound events, hunt tests, field and earthdog tests.