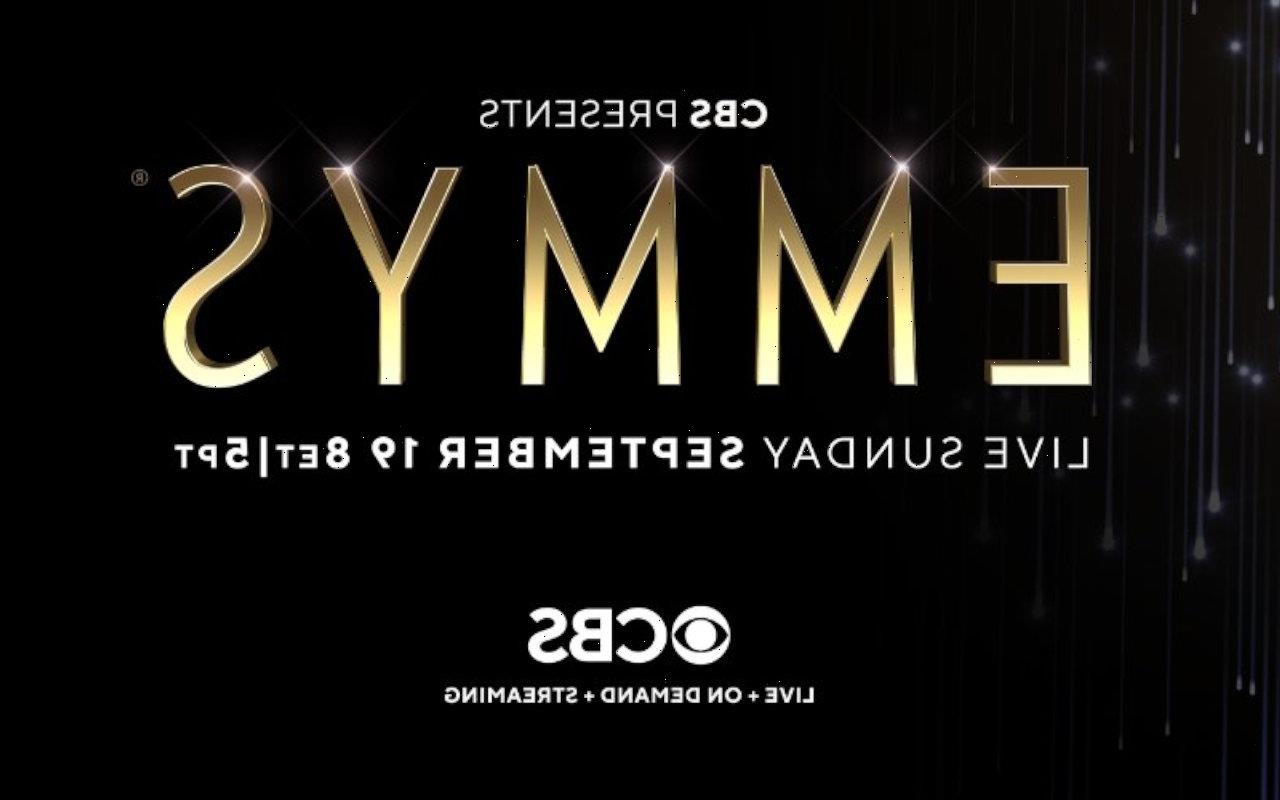 The Director of Advocacy and Government Affairs at The Trevor Project, Preston Mitchum, also criticizes the awards show, noting that it ‘always will be’ that way with the hashtag ‘EmmysSoWhite’.

AceShowbiz -The 73rd Primetime Emmy Awards received criticism from viewers as no actor of color won in major categories despite a diverse field of nominees in nearly every category. After the awards were announced, Emmys viewers took to Twitter with the hashtag #EmmysSoWhite to criticize the award show.

Among those who poured their thoughts on social media was Preston Mitchum, the Director of Advocacy and Government Affairs at The Trevor Project. Taking to his Twitter account, he wrote, “So we’re back to — and always will be — #EmmysSoWhite.” 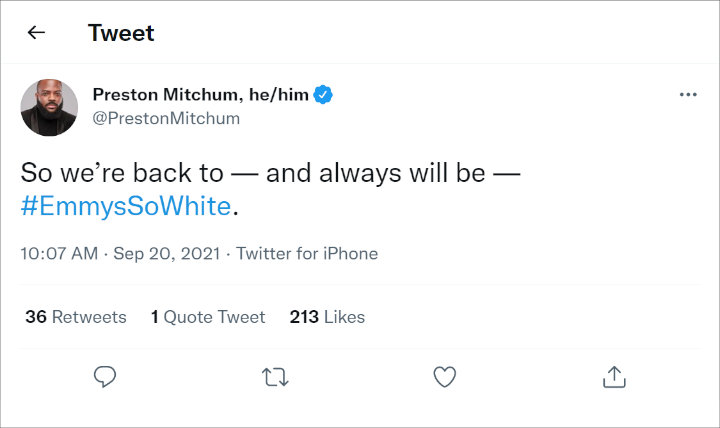 In the meantime, one user tweeted, “Why are people upset about the #EmmysSoWhite? Because representation matters, recognition matters, and acknowledgment matters. Award after award goes to another white person while people of color hand out awards and clap in the background.” Another added, “The #Emmys really said representation but only the nominees. #EmmysSoWhite.”

“The Emmys is like that tv show you’re still watching *just in case* it finally does something different but every year it proves you wrong and does its same old thing again. and again. and again. #EmmysSoWhite,” wrote a different Twitter user. Another social media critic pointed out, “Black host, Black entertainment skits, Black announcer, Black commercials, Black musical breaks, speeches about inclusion. All Black everything but winners. #Emmys #Emmys2021 #EmmyAwards #EmmysSoWhite.”

At this year’s Emmys, only a few people of color took home their trophies. Meanwhile, white actors took home all 12 lead and supporting categories across the comedy, drama and limited races at the award show.

Among those colored stars who won at the Sunday, September 19 ceremony was RuPaul. The 60-year-old took home the award for outstanding competition program and became the most-awarded person of color in the history of the Emmys with 11 wins.

“Thanks to all our lovely children on our show from around the world,” RuPaul said while accepting the award. “They are so gracious to tell their stories of courage and how to navigate this difficult life, even more difficult today. This is for you.”

Michaela Coel, the “I May Destroy You” writer, star and director, was also celebrated when she won for outstanding writing for a limited series. “I just wrote a little something for writers really,” she began.

“Write the title that scares you, that makes you feel uncertain, that isn’t comfortable,” Michaela continued. “I dare you in a world that entices us to browse through the lives of others to help us better determine how we feel about ourselves, and to in turn fill the need to be constantly visible. For visibility these days seems to equate to success. Do not be afraid to disappear from it, from us for a while, and see what comes to you in the silence.”

Near the end of the show, Cedric the Entertainer, who hosted the star-studded event, joked how hard it’s to be “black.” He said, “It comes with a lot of pressure, being Black, hosting a job like this.”

“My people, they expect that I can just give an award to anybody. Black people like, ‘Yo Ced, come on man, you gotta give Martin Lawrence an Emmy. And not just Martin, Ced, you gotta give Sheneneh one too,’ ” the comedian continued. “Jimmy Kimmel don’t have that problem. He don’t have to give no award to Tony Danza.”