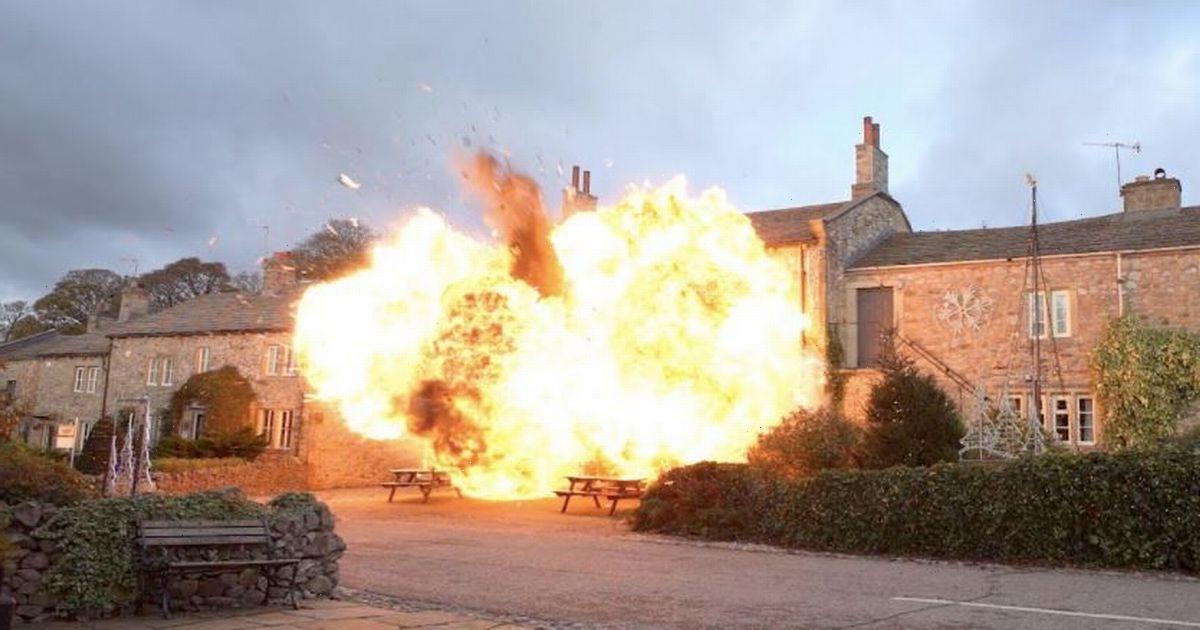 The first look at the devastating fire that will rip through Emmerdale's Woolpack has been released.

Viewers of the popular ITV soap are set to be on the edge of their seats on Christmas Day as the huge blaze rips through the pub in the heart of the village.

And the newly released image from the festive special shows the beloved pub on Main Street up in the flames, with the inferno quickly spreading to the benches outside.

No one appears to be in the vicinity of the devastating fire, but fans will have to wait and see if there are any injuries or fatalities.

Producer Kate Brooks said of the fire: "It's not just the Woolpack that goes up in flames on Christmas Day, as secrets and lies explode, ripping through the lives of some of our much-loved villagers and making it a Christmas they'll never forget."

While news of the fire has been rumoured for a few weeks, Emmerdale cast and crew are remaining tight-lipped about the top-secret storylines.

It's also yet to be revealed how the blaze will start and whether it is an accident or could be something more sinister.

The latest explosive storyline comes after The Woolpack owners Chas Dingle (Lucy Pargeter) and Marlon Dingle (Mark Charnock) have continued to struggle with the pub's finances.

After months of trying to get their business back in the green, the Dingle pair eventually let Al Chapman (Michael Wildman) invest.

But the duo recently discovered that Al had alternative plans – to turn The Woolpack site into a brand new block of luxury flats.

Chas told Al under no uncertain terms that he would not be getting his hands on their family business under any circumstances.

However, he responded that they would come back to him when they needed the money.

Soap bosses previously teased what's to come on the festive special, saying: "It's the season of goodwill, but the underhanded Al Chapman goes sparing on dishing out any joy, particularly when he is feeling under so much pressure."

They continued: "Will Al find a solution for his financial problems or could his world collapse?"

The Woolpack pub has featured in various storylines over the years. It previously burned down in 1998 after a candle was left burning.

In 1993 the pub suffered damage following a plane crash, and ten years later in 2003, a lightning strike caused its chimney to collapse, leading to the untimely death of Tricia Dingle.

The Christmas Day episode will air at 7 pm for an hour-long special on ITV and subsequently on the ITV Hub.