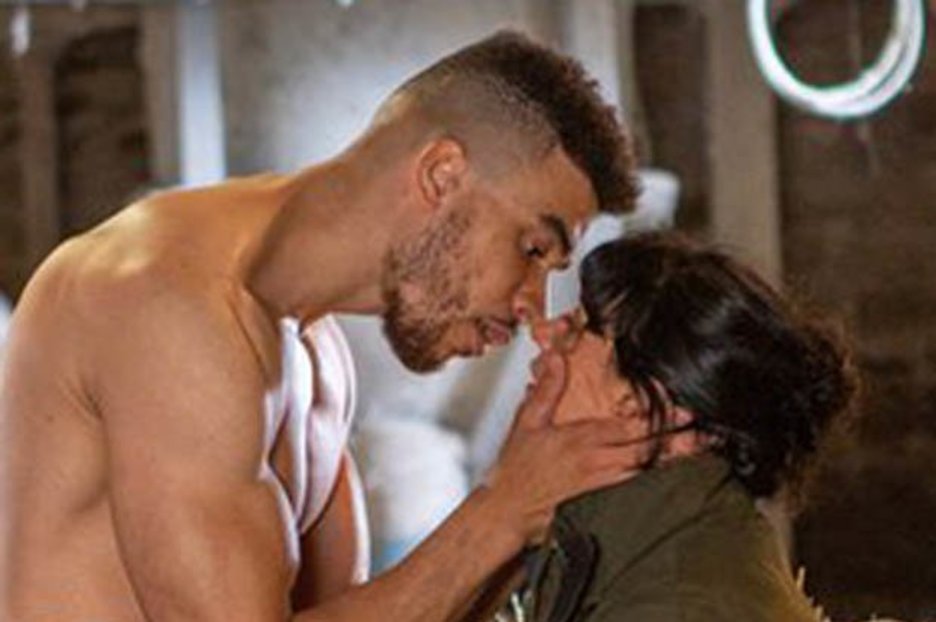 And ITV viewers will have to wait not more as the Emmerdale cast members finally hook up on the soap next week.

Emmerdale spoilers pictures show a shirtless Nate getting intimate with Moira while in the barn together.

But just how far will the pair go?

Moira is at risk of being caught to as she is unaware that Cain is on his way back home to make things up with her after their recent tensions.

Nate is also dating Amy Wyatt (Natalie Ann Jamieson) too – with her not likely to be happy if she finds out about the affair.

However, it seems some Emmerdale fans are definitely ready for the saucy antics to begin.

One Twitter user exclaimed: “I’m LIVING for Moira having an affair with Nate.” 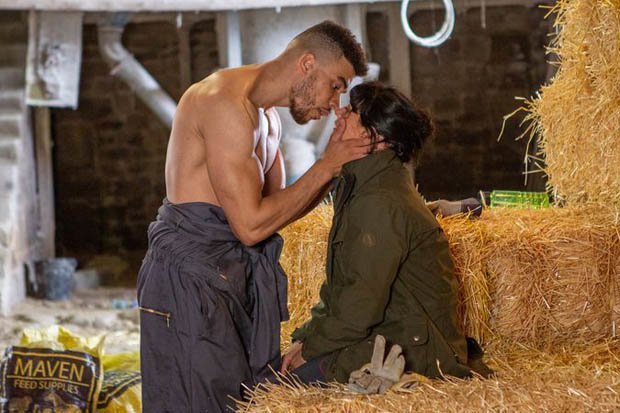 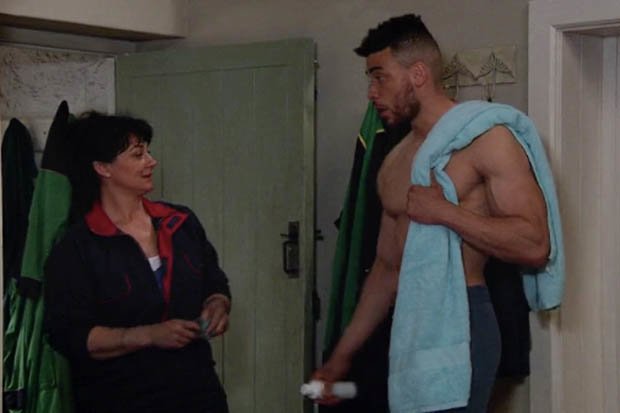 While another added: “Moira and Nate – bring on the affair!”

A third chimed in: “The sexual tension between Moira and Nate is through the roof.”

Despite this, others are still rooting for Moira and Cain’s marriage. 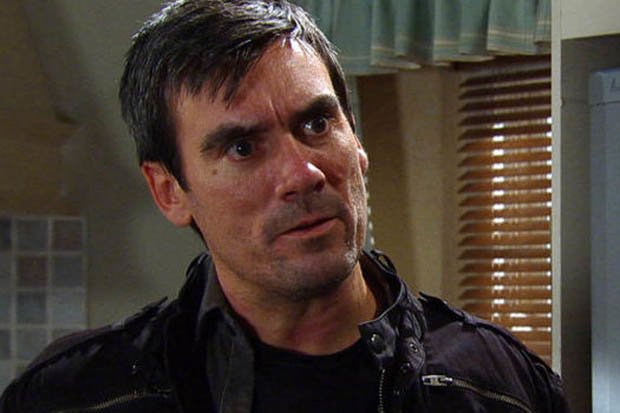 One viewer moaned: “I don’t want Moira to have an affair with that stupid Nate bloke.”

While another asked: “Why is Nate constantly trying to interfere in Cain and Moira’s marriage?”