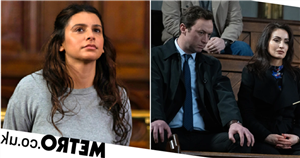 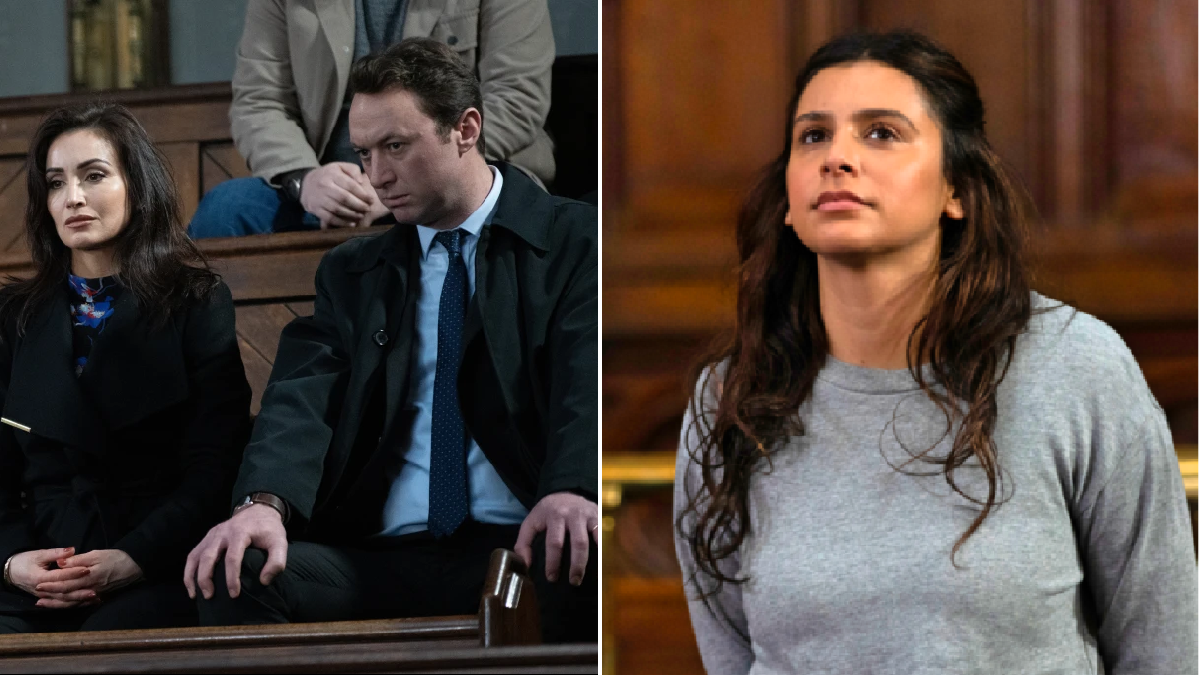 Meena Jutla (Paige Sandhu) smirked in the face of Liam Cavanagh (Jonny McPherson) in tonight’s (March 17) Emmerdale, as she pleaded not guilty to the murder of his daughter Leanna (Mimi Slinger).

At her plea hearing, the murderer surveyed her audience, disappointed by the small turn-out. She went on to plead guilty to the kidnap and attempted murder of sister Manpreet Sharma (Rebecca Sarker) and the shooting of Liam’s wife Leyla (Roxy Shahidi).

But when it came to her brutal murders of Leanna, Andrea Tate and Ben Tucker, Meena loudly proclaimed she was innocent. Before responding to the Leanna’s charge, she turned to stare down Liam before declaring she was ‘not guilty’!

Her cruelty knows no bounds, and as poor Liam took in Meena’s ruthless behaviour, Leyla couldn’t hold back her anger as she shouted for Meena to admit the truth.

Liam fled the room, and as he, Leyla, Manpreet and Charles Anderson (Kevin Mathurin) regrouped outside the court, they discussed their initial vague hopes for justice that day.

Liam explained that he needed that justice for his beloved Leanna, and didn’t know what he would do without it.

Viewers will remember that prior to Meena’s arrest last month, she taunted Liam to the point where he pushed her off the very same bridge that she used to dispatch Leanna.

Manpreet saw the exchange but lied to protect him, adamant that her sick sibling wouldn’t destroy any more lives. Liam later revealed that he needed Meena to be jailed for good for her crimes, otherwise he’ll feel forced to take matters into his own hands again.

After the plea hearing, the villagers contemplated the harrowing journey ahead.

Of course, Meena’s latest performance means a trial will definitely be on the way, leaving Manpreet poised to testify as the only witness.

But how much more trauma can Liam take after Meena’s continuous goading?

Will she finally pay for what she did to her victims, or could Liam find himself contemplating revenge all over again?