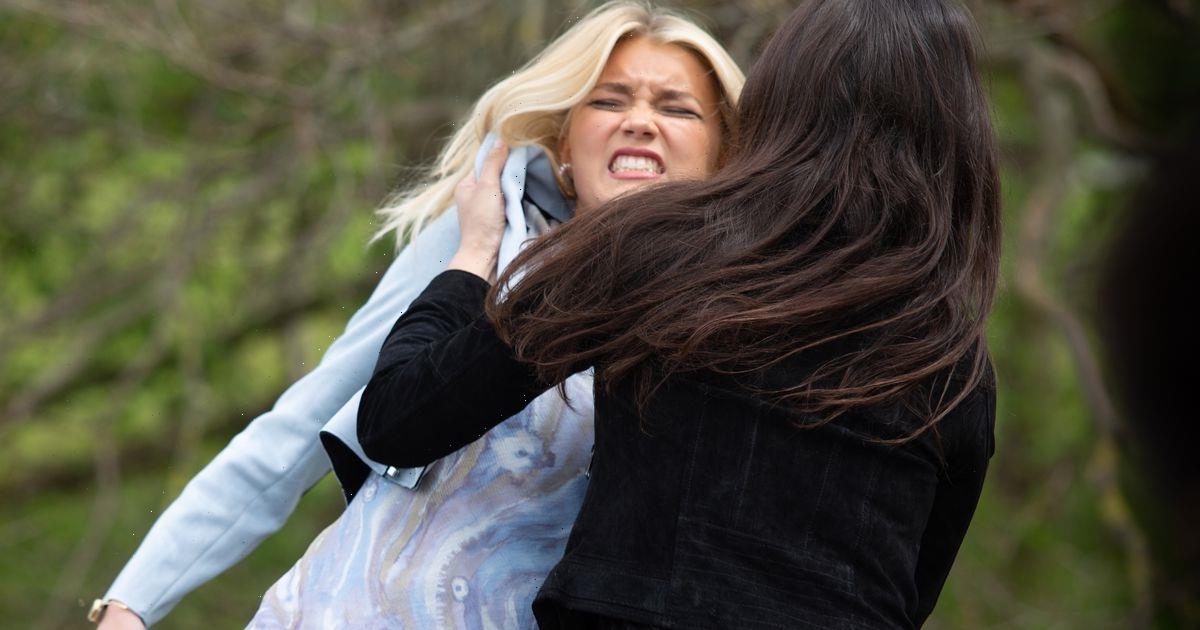 Emmerdale fans bid farewell to Leanna Cavanagh after shocking scenes in Thursday’s episode. The character, played by Mimi Slinger, was killed off by the Dales’ new villain, Meena Jutla, after a gruesome confrontation on the humpbacked bridge.

Mimi admitted she was “shocked” when she finally read her last scenes, despite knowing she was leaving in December.

“I had taken the decision to leave the Dales and I was so looking forward to hearing how the producers were going to engineer my exit,” she said.

“I was so excited to be given the opportunity to be challenged and show my acting abilities.”

The 18 year old actress has been a part of the Emmerdale cast since March 2018, but also makes music and works as a model.

Mimi acknowledges that the acting industry is “very uncertain” but said she was “keen to pursue other acting opportunities.”

She added: “Fingers crossed for anything in the pipeline. I definitely want to keep acting, I absolutely love it and can’t see myself not doing it!”

The young soap star continued: “I would love to do something with my music too, as I am a singer and songwriter. I have also recently started modelling and have already done some fantastic, fun jobs. I do love it and am learning a lot.”

Leanna is the first victim of cold-hearted killer Meena – played by Paige Sandhu. Mimi reflected on her final scenes, explaining that it was “extremely emotional” for her and “quite scary”, as Paige was so good at playing a psychopath.

“In order to film the scenes the best we could, we had to be closer than the social distancing rules would allow,” Mimi explained.

“Both Paige and I decided to form a ‘bubble’ and we had to isolate for a few days in a hotel and have regular Covid tests to make sure that we were okay prior to filming. I was allowed to bring my mum with me to keep me company – thank goodness!

“On the shoot days, we were driven to and from set in a pre-fogged car, and had to stay in our dressing rooms unless on set and travel back and remain in our hotel rooms until the scenes were complete.

“I really feel it was necessary to make the scenes feel as real and raw as possible.”

It’s only been a short while since Mimi left the Emmerdale set, having filmed her final scenes in May – on her dad’s birthday! Regardless, she admitted she’s “missing [her] Emmerdale family already.”

She’s worked closely with Jonny McPherson – who plays Liam, her on-screen father – and said he’s “taught her so much” over the years.

Mimi added: “I have built some amazing friendships, for example with Daisy Campbell [Amelia Spencer] and Rosie Bentham [Gabby Thomas.] I know that, even though I am moving on, my friendships are here to stay.”

Leanna was pushed to her death by Meena who is quickly becoming the Dales’ most manipulative and calculating killer.

The questions now are will she be found out? How will poor Liam react? And who will Meena target next?