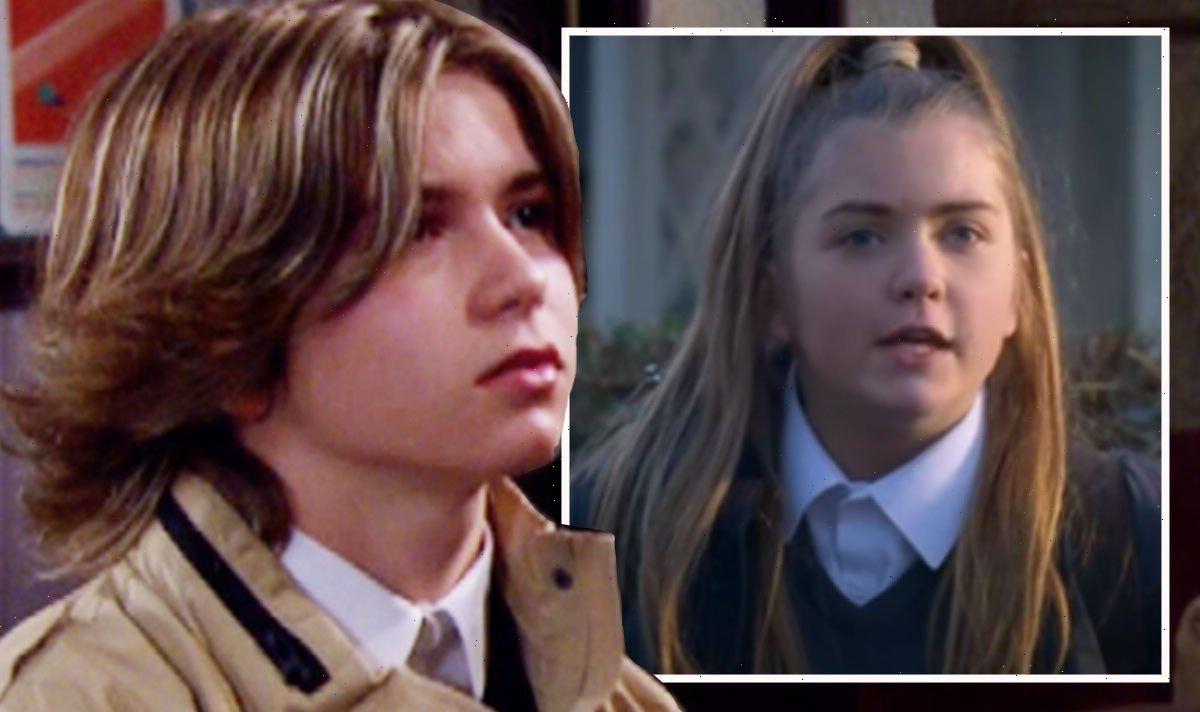 Heath’s (played by Sebastian Dowling) sister Cathy Hope (Gabrielle Dowling) has been taking the limelight in recent months on Emmerdale. The young schoolgirl has been trying to stop Amelia Spencer (Daisy Campbell) from harming herself to change her physical appearance as well as having developed a crush on Samson Dingle (Sam Hall). However, as her twin brother starts to tell their father, Bob Hope (Tony Audenshaw), more of her secrets on the ITV soap, she could take action to silence him once and for all.

During the latest instalment of the weeknight serial drama, Heath made his return to the show after not being seen for months.

It wasn’t the most solemn of scenes either as he was called to the café to speak with Bob and Dan Spencer (Liam Fox) following Amelia’s collapse.

Viewers know the collapse was caused by the young woman taking weight gaining syrup but at the moment, the adults don’t realise this is going on.

Wanting to get some answers, Dan said: “So, where did Cathy go after school yesterday?” to which Heath said she hadn’t gone anywhere.

“Are you sure about that? Because you don’t want to mess with me, Heath. I would think very carefully about what you say next,” Dan added.

“I think she went to the cricket pavilion just to hang out,” the teenager replied but Dan wasn’t sufficed with the answers being given.

“Do I look stupid? Try again Heath and this time, try telling the truth,” he demanded, with Bob having to step as things got heated.

Bob said: “I know that you’re scared, he’s just worried about Amelia, that’s all. He thinks she might have taken something.”

“Like what?” the youngster asked, with his father replying: “Like drugs. I’m going to level with you here, you’re looking at a very angry man there and he wants some answers.

“We know Amelia collapsed, Heath, and I’m trying to be the good cop here but you’re making it very difficult for me so just tell us what they’ve had.”

Cathy said Samson nicked it from the pub

Finally caving in, Heath spilt the truth as he told the men: “Cider. Cathy said Samson nicked it from the pub. Amelia just had a bit and collapsed.”

In upcoming scenes, it is likely Amelia will be interrogated about this and her uncle Dan will tell her he knows everything.

Furious Dan knows about her falling unconscious, Amelia could go back to Cathy and ask why she told her father what had happened.

Knowing she told Heath, the youngster could be furious as she starts losing friends and being uninvited to things because people are worried she will tell on them.

Fed up with Heath ruining things for her, Cathy could take extreme action by killing him during a heated confrontation.

In the past, many villains of the show have ended up killing family members and close relatives but a twin has never killed another twin.

This could be historic for the show as Cathy becomes a killer by taking Heath’s life, bringing around a new chapter in her life.

Of course, she would make it seem as if she wasn’t the one who killed him and she would be free to possibly murder other victims.

She has already shown her villainous side after it was revealed she was the character bullying April Windsor (Amelia Flanagan) last year.

Does she have it in her to take her brother’s life and just how long would it be before she was caught out for her crimes?

Viewers have been missing seeing Heath on-screen and they have recently taken to Twitter to comment on his absence from the show.

Michelle wrote: “What happened to Cathy’s twin brother? Not seen him for months. Did he get kidnapped by aliens or something?”

Jamal posted: “Weird how we only see one twin Cathy, and not the other. When they were younger they always had scenes together. #emmerdale.”

The last time Heath was on-screen was just before Christmas last year, but it seems the youngster has undergone a drastic transformation.

It seems the actor who plays Heath, Sebastian, has grown out his hair and gone are the days of his short brunette hairstyle.

There has been no explanation given as to why Heath hasn’t been a part of the drama, although he has been referenced several times.

With Cathy continuing to hide secrets from her father, will her brother finally become a part of the drama as part of his exit storyline?