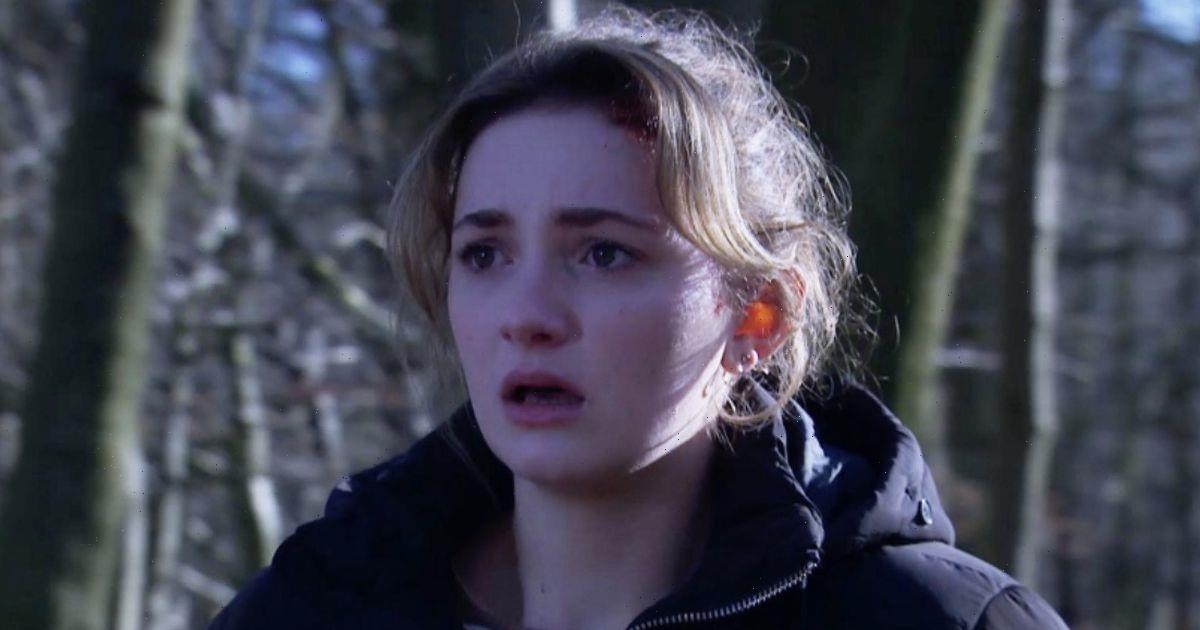 Emmerdale fans think they have figured out who Gabby Thomas shot in the woods on Wednesday during the ITV soap's special flash forward week of episodes.

Only recently, Gabby has been paranoid that "dead" ex Jamie Tate is back and is after their son, Thomas, after she overheard his daughter Millie sharing a "secret" message to her baby brother from their dad.

Things took a dramatic turn on Monday when Gabby learnt that a hooded figure had been spotted on the security camera and she searched the woods looking for the mystery person, where she spotted them hiding behind a tree.

While on Tuesday's episode, Gabby was left freaked out as she found a parcel in Home Farm with a babygrow inside which said "daddy's little star" and it ended with a mystery person stealing a gun.

On Wednesday's instalment, it was revealed that Gabby had stolen the gun as she went out into the woods in search of "dead" Jamie, who she is convinced is back.

Issuing a warning, Gabby yelled: "I will shoot you" and as she spun around she appeared to accidentally fire the gun as she fell to the floor.

At the end of the episode, Gabby woke up disorientated as it was revealed that she had suffered a bloody head wound from the gun.

Gabby then searched the woods where she spotted a mystery lifeless body on the floor, which had been hit by her gunshot as she ran away terrified over what she had done.

Soap watchers were quick to predict who the mystery person could be and have feared that it could be Will Taylor.

One person said: "Why am I thinking Gabby shot Will? #Emmerdale."

A different account put: "I think Gabby may have shot Will #Emmerdale."

Another follower wrote: "Has Gabby shot Will? #Emmerdale."

While a different viewer added: "So, did Gabby shoot maybe Will? #emmerdale."

Elsewhere, despite Gabby convinced Jamie is back, soap watchers think that it's actually Joe Tate, who was last seen in the village in 2018 and is living abroad off Kim Tate's business money.

For all the latest cast updates and juicy Emmerdale spoilers, sign up to our daily OK! Newsletter . Emmerdale continues weekdays at 7:30pm on ITV.