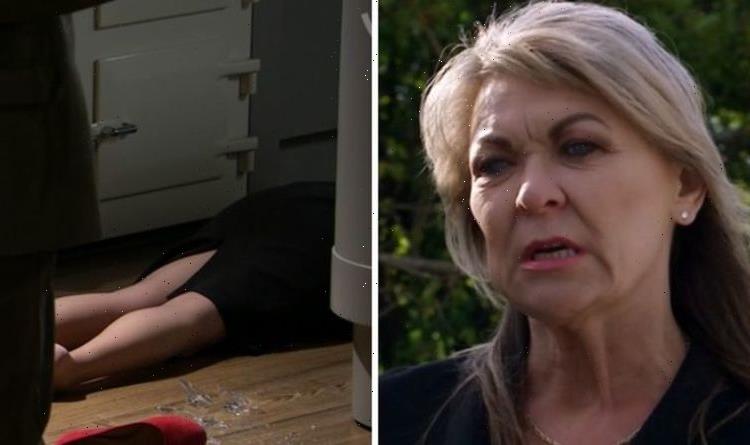 Emmerdale: Kim talks to Will after she faked her death

Fans of the ITV soap Emmerdale were on the edge of their seats during Wednesday night’s hour-long instalment, after Kim Tate (played by Claire King) fooled her son Jamie Tate (Alexander Lincoln) into thinking that Will Taylor (Dean Andrews) had poisoned her to death. However, the devious businesswoman had hatched a plan with Will and hired a number of actors in to stage the murder scene. Towards the end of the episode, it was revealed to viewers that Kim was not dead. However, ITV soap fans spotted several errors in Kim’s plan, and they took to Twitter to share their theories.

Some viewers noticed how the fake doctor pronounced the word diazepam, pointing out that a real doctor would know how to say it correctly.

Others questioned how Kim managed to get a fake police car to take Will away, while some pointed out that it is a crime to impersonate a police officer.

Another plot hole fans pointed out was what if Jamie rang the police station and realised his mum wasn’t actually dead.

Taking to Twitter to share their theory, one viewer tweeted: “How the hell has Kim got [the] police to be in on this? Or if they are fake officers? #Emmerdale.” (sic) 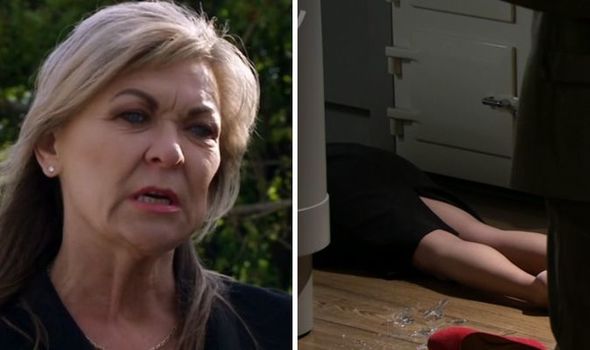 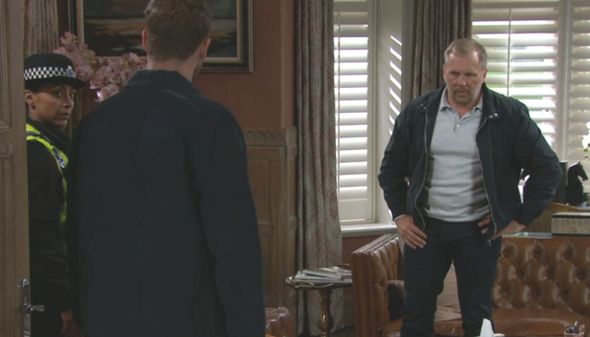 “If this is all to set Jamie up – how did she get a fake police car?” another penned as a third questioned: “Isn’t it a crime to impersonate a police officer? #Emmerdale.”

A fourth said: “#Emmerdale so in the meantime what is Will supposed to do? What happens when Dawn calls the police station to check on her dad or even if Jamie calls #poor.”

A fifth pointed out: “Just for anyone who can’t follow an obvious plot, the ‘dr’ shows us he’s an actor paid by Kim as pronounces diazepam wrong, so we know. #Emmerdale.”

Another agreed: “Never trust anyone let alone a doctor who says diazepan.” (sic)

A seventh said: “But how on earth did Kim manage to get a fake police car to be part of it? Surely someone driving around in a police car pretending to be a cop is an illegal offence?! That aspect seems so unrealistic #Emmerdale.” 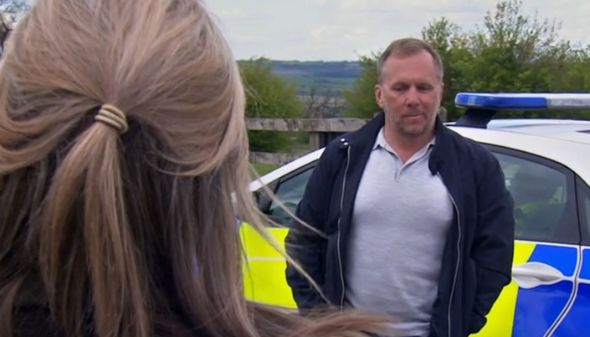 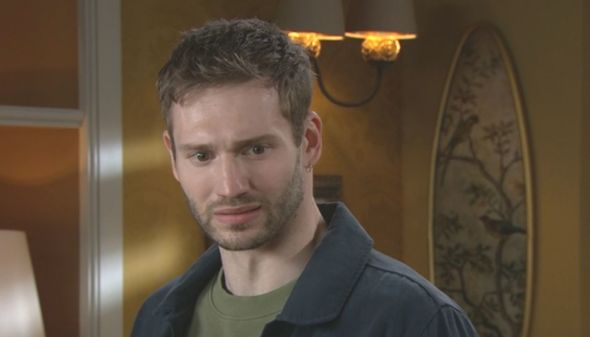 At the beginning of Monday’s instalment, Jamie quizzed Noah Dingle (Jack Downham) about the drugs that he found in Will’s toolbox.

This is when Jamie seized the opportunity to try and frame Will for poisoning his mum when it was actually him all along.

Jamie thought he had his mum on side as they hatched a fake plan to frame Will for putting diazepam in her drink.

However, as Jamie watched on the CCTV, little did he know his mum was playing him all along.

Jamie received a fake phone call from the police who told him to get to Home Farm straight away.

When he arrived, he saw his mum’s lifeless body laying on the ground and Will being held in police custody.

His girlfriend and Will’s daughter Dawn (Olivia Bromley) arrived shortly after, and she convinced him to go with her while the police dealt with the incident.

A confused and upset Jamie was in disbelief as he couldn’t believe that his mum had been killed.

However, as the episode drew to a close, fans saw Kim get out of a van very much alive.

“Not so bad for a dead bird,” Will joked as got out of the fake police car.

“You did very well,” Kim praised. “I almost believed you myself.”

Will replied: “O-Level drama, knew it would come in handy one day.”

“I felt awful for Dawn,” Kim continued. “She wasn’t even meant to be there.

“Once she hears the truth, she might understand. I’ll help smooth things over.”

“What I still don’t get, is all over this?” a confused Will asked. “If you knew Jamie was drugging you why hire actors and take pills?”

Kim added: “I needed to see how far he would go if he’d let an innocent man go down to get what he wants.

“I needed to see how deeply that hatred runs. He let me get sick, let me think I was ill and that whole time how just carried on making me worse.”

The episode concluded with Kim telling Will that she will get revenge on her son as she told him: “I will watch him celebrating, enjoying my death and then I’ll come back, and I’ll destroy him.”

Emmerdale is available to watch on the ITV Hub.