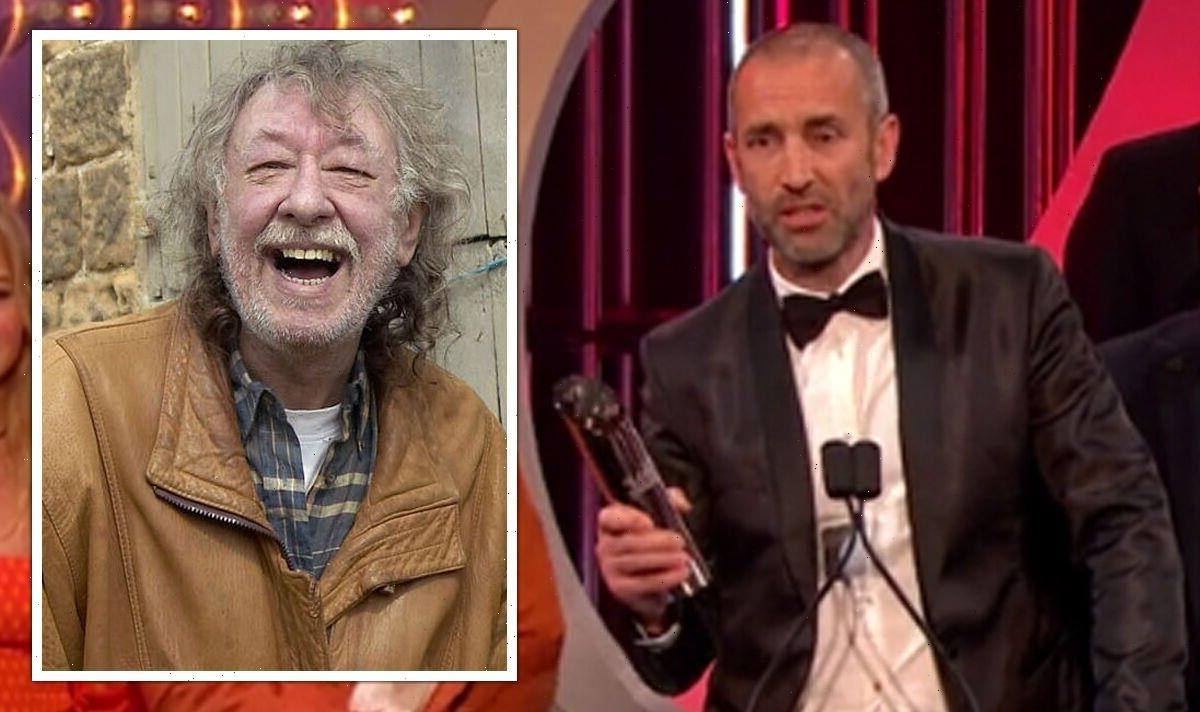 Shadrach Dingle first appeared on Emmerdale in March 2000 and was a much-loved character in the Dales until his exit in July 2010. Fans of the ITV soap were devastated to hear actor Andy Devine had died in January with news of his death not reported until May. The cast of Emmerdale paid tribute to the actor when the Dingles received the award for Best Family but Andy was missing from the In Memoriam segment.

Andy died aged 79 in Southport Hospital in Merseyside after an accidental fall a coroner confirmed.

Sefton Senior Coroner Julie Goulding said: “He was unable to get up until his carers arrived to assist him which was about an hour later.

“Peter had a significant number of serious underlying clinical co-morbidities and notwithstanding all appropriate care and treatment, Peter’s condition deteriorated culminating in his death.”

Taking to the stage to accept the gong for Best Family, Sam Dingle star James Hooton revealed the cast were unaware he had died until recently.

“He was an honoured and loves member of the cast,” James told the audience.

“He died in January of this year and none of us knew about it until a couple of weeks ago.”

Holding up the coveted award, James added: “This is for him.”

Despite James noting Andy’s significant role in Emmerdale, fans were furious when he was not remembered alongside Dame Barbara Windsor and June Brown in a special part of the ceremony.

Taking to Twitter to share their frustration, @AMG_Review tweeted: “he really awkward moment when an actor who’s died and gets mentioned in a speech ISN’T covered in the In Memoriam section #BritishSoapAwards.”

“Did I miss Andy Devine from the memoriam line up? #britishsoapawards,” @KatieHullPR asked.

@AndyGibsonTV shared: “BREAKING NEWS: The award for #BestFamily has been awarded to #TheDingles in Emmerdale for ITV & STV.

“#JamesHooton, who plays Sam Dingle, dedicated the trophy to the late #AndyDevine who died earlier this year.”

@mack5pne asked: “#BritishSoapAwards why was there no tribute to Andy Devine in the tribute section?”

Emmerdale went on to win Best Soap, which was judged by viewers, and were “delighted and honoured” with the win.

Lydia Dingle star Karen Blick said: “It means the world as it is a public vote.

“Well done to the whole team who did not go off-air for the whole of the pandemic.

“It is an absolute honour in our 50th year, there is going to be more drama in the Dales.”