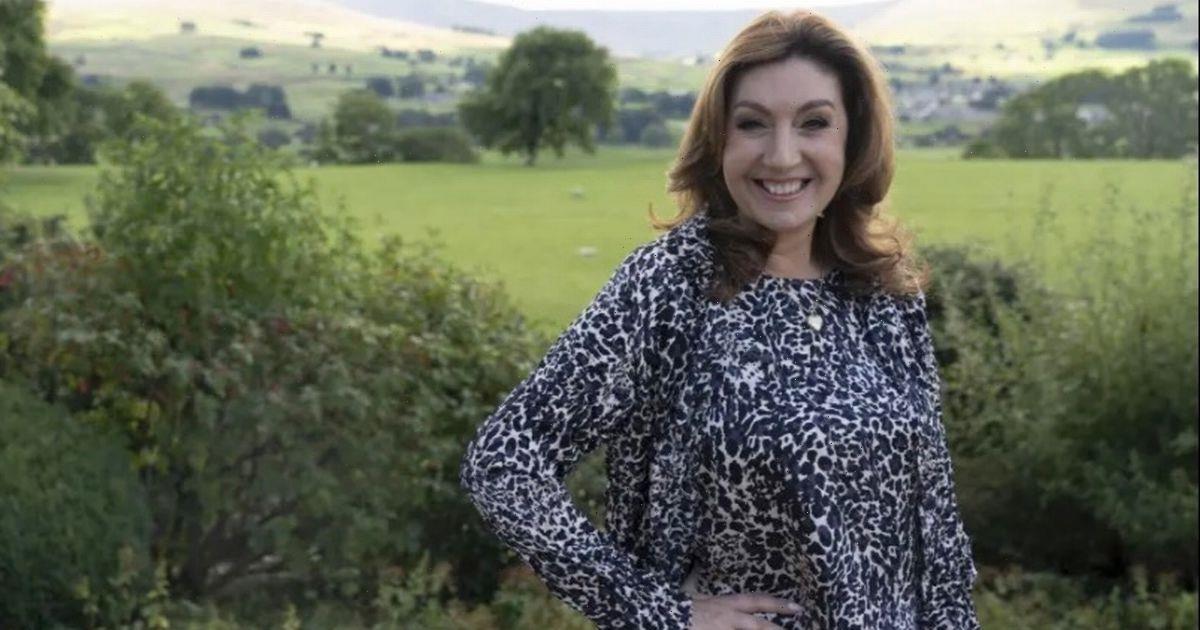 Emmerdale fans have taken to social media to call out Jane McDonald for an embarrassing blunder on her Channel 5 travel show, My Yorkshire.

During the series, Jane pays a nostalgic tour of the place she calls 'home' as she explores her home county.

On the latest dose of the series, she met actor Frazer Hines, who played Joe Sugden in Emmerdale, in a village called Esholt.

The Yorkshire village is where the outdoor scenes of Emmerdale were filmed for its first 20 years.

Jane recounted her memories of watching Emmerdale Farm, Emmerdale's name until 1989, with her mother when she was younger.

However, as Jane spoke about the village, some eagle-eyed viewers were quick to spot a blunder as she completely annihilated the name, which left some cringing.

Taking to Twitter, one wrote: "@TheJaneMcDonald loving your Yorkshire series. It brings back some lovely memories of my childhood and holidays too.

"But I've never heard the Emmerdale village called e-shot. It's always been esh-olt."

Another added: "E-Shot? Sorry Jane, but as a fan of Emmerdale, you need to get that right, it's Esholt x."

A third tweeted: "Lovely programme Jane but Esholt isn't pronounced E-shot. As a Yorkshire lass you should research how places are said xx."

Another wrote: "I know we drop our letters in the Yorkshire dialect but what've you done with the L in Esholt @TheJaneMcDonald and @channel5_tv?"

In the episode, former Emmerdale actor Frazer,77, shared the details on Esholt's history as he recalled the post office siege from 1994.

They also expressed how Emmerdale used to be a slower show before storylines became more dramatic and the name was changed.

The episode was meant as an exploration of her childhood memories of exploring Bridlington, watching Emmerdale and walking around Knaresborough.

In the episode, Jane – originally from Wakefield – went cycling in Knaresborough, ordered a Knickerbocker Glory and got a sailing lesson in Bridlington.

Jane closed out the episode with brother Tony looking at family photos of their holidays in in Yorkshire and a rendition of Remember Where You Are by Jessie Ware.