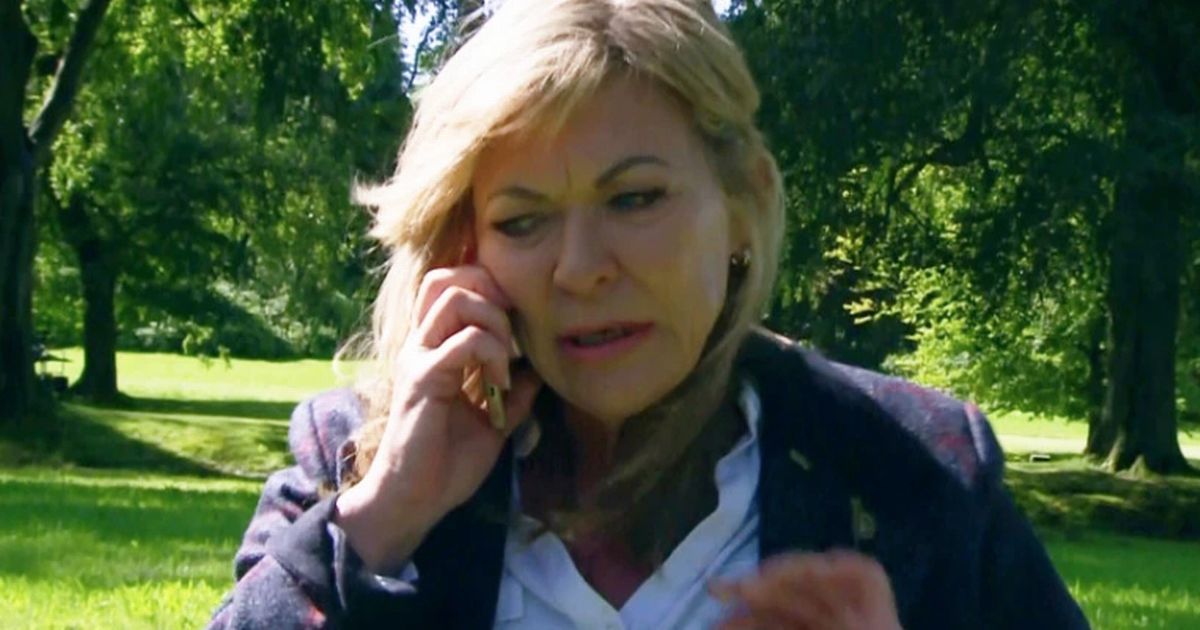 Emmerdale viewers were super confused during a recent episode of Emmerdale, as Kim Tate called an ambulance for her injured granddaughter Millie.

The youngster was knocked over by a horse in dramatic scenes, after it became spooked.

Millie's dad Jamie was on the horse at the time, owned by Kim, with her attempts to calm it down soon failing.

Suddenly, the young girl hit the floor and was unconscious as her frantic parents tended to her fearing she was badly injured.

But it's what she did next that left several viewers in hysterics, and super baffled.

As the phone connected to the operator, Kim introduced herself before asking for help.

She said: It's Kim Tate," before making the plea for emergency services to attend the incident.

Viewers raced to Twitter over the off scenes, with many simply confused why her full name would be the first thing she said.

One viewer tweeted: "Why did Kim Tate give her name when phoning for an ambulance ? Did she think she’d get priority or what… ?"

Another agreed: "Just came on here to see if anyone was tweeting about Kim formally introducing herself to the 999 operator…."

A third commented: "I’m howling why has Kim introduced herself on the phone to the ambulance."

This was echoed by another fan who said: "Screaming at Kim Tate introducing herself on a 999 call as if she was just phoning her favourite restaurant."

Emmerdale airs weeknights at 7pm on ITV, with an extra episode at 8pm on Thursdays.