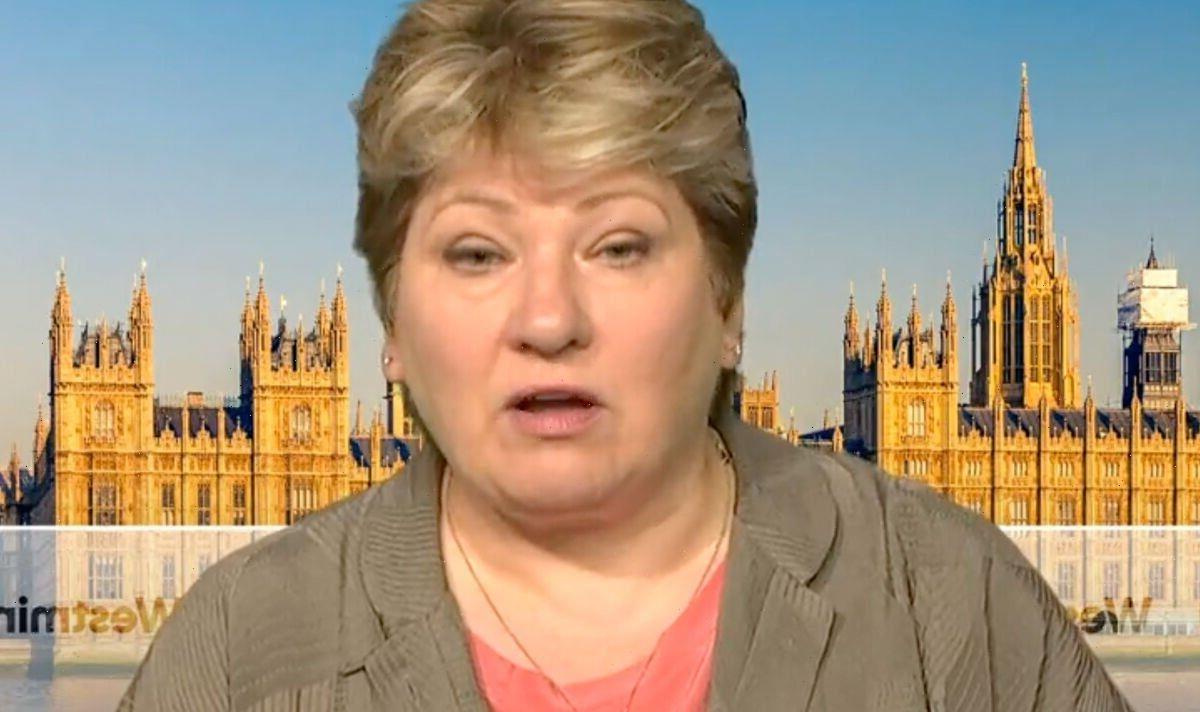 Adil Ray and Kate Garraway were the GMB hosts on hand to welcome Ms Thornberry to the ITV show. Plenty was on the agenda for the interview, from the departure of the government’s independent ethics advisor, the government’s Rwanda plan and grounded flight, as well as Priti Patel’s supposedly non-existent relationship with France – according to Ms Thornberry. However, with so much vitriol aimed toward the prime minister and the Conservative party rather than solutions, a number of viewers expressed their disdain.

One issue some viewers took throughout the chat was the lack of pressing on Ms Thornberry regarding Keir Starmer’s failure to mention Rwanda during the latest PMQs.

Twitter user @kazzacoey fumed: “Emily Thornberry being put on the spot on GMB about Starmer not even giving the Rwanda situation a mention at PMQ’s… She failed miserably because she couldn’t defend him, that’s her having to make an apology…”

Others were more dismayed by the way in which most answers took aim at Mr Johnson and the Conservatives, as Charles Stephen put: “@EmilyThornberry just watching you on the ITV show @GMB. As usual you try to blame everything on the PM even when he is doing things right!! Pathetic!!”

And Chris Chippendale even turned off: “@GMB more BoJo bashing!!! Give it a rest!!  Switched off as many have done…….BORING!!!……”

Ricky Walters then blasted Thornberry’s immigration stance in which she suggested Labour would maintain a much healthier relationship with the French than Ms Patel.

He tweeted: “@GMB labour would work with the French, how out of touch are they. The French take our money & wave the migrants off in their boats.

“I wish we were like Australia, Thornberryy states it’s immoral to deport illegals. Why? I think its immoral they pass through safe countries to get here.”

And another part of the interview which left a sour taste was hosts Garraway and Ray, with @cb_038 adding: “Garraway always saying ‘sorry to interrupt you’ with almost every politician she interviews, stop doing it then ffs!  #GMB.” (sic)