Netflix‘s Emily in Paris lovebirds Emily and Alfie have stolen the hearts of fans everywhere. And yes, Team Alfie even includes Lucas Bravo, who plays Emily in Paris‘ rival love interest, Gabriel. During his appearance at PaleyFest LA 2022, Bravo revealed that he thinks Alfie and Emily are perfect for each other. Here’s why.

In Emily in Paris Season 1, Emily Cooper’s (Lily Collins) new life in the City of Lights became very complicated when she started a romance with her neighbor, Gabriel, who happened to be in a committed relationship with Emily’s friend Camille (Camille Razat). As Emily tried to sort things out in season 2, the situation became even more confusing when Alfie walked into her life.

Emily teamed up with Alfie (Lucien Laviscount) in French class, but he didn’t quite see Paris as beautifully as Emily did. However, after some time together, Emily helped Alfie trade in his pessimism for a new perspective. They began dating until his work requested that he move back to Britain. Now, Emily must decide if she wants to try long-distance with Alfie or continue pursuing a relationship with Gabriel.

Lucas Bravo thinks Alfie is a ‘perfect match’ for Emily 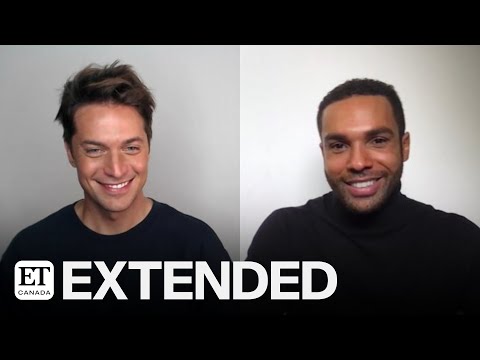 Gabriel might be vying for Emily’s love, but Lucas Bravo would rather see her end up with Alfie. In an interview with Hollywood Life at PaleyFest LA 2022, Bravo explained that Alfie’s and Emily’s opposing personalities are actually perfect for each other.

“I think this is a show that is a love letter to Paris, and it is a perfect Paris postcard. And having an antagonist point of view through the medium of Alfie is refreshing,” he said. “Not everything is rainbows and butterflies. You need a little bit of darkness to enjoy the light, and that is what Alfie brings to the occasion, and I like that.”

Bravo added that he enjoys the “conflict” of seeing Alfie’s negative outlook clash with Emily’s love for Paris.

“Alfie offers a new sense of escapism for Emily, I think, in a lot of ways,” she added.

Camille Razat agrees that Emily should end up with Alfie, not Gabriel

There’s one other person who would love to see Alfie and Emily together in the long run: Camille Razat. Speaking to E! News in December 2021, Razat said she thinks Alfie is a better fit for Emily than Gabriel.

“I think he’s a great match because he’s very genuinely funny. And he makes her laugh. Gabriel doesn’t make her laugh so much. It’s a different type of relationship. And I think Emily needs someone that makes her laugh,” the French actor said.

Plus, Razat’s character would benefit from Alfie and Emily staying together — “[I] can get my man back,” she said of Gabriel.

Ironically, it seems the only person who isn’t Team Alfie is Alfie himself. Lucien Laviscount and Lucas Bravo developed a bromance during season 2 filming, and now he’s rooting for Bravo’s character.

“I’m Team Gabriel 100%. That’s my boy,” Laviscount recently told Entertainment Tonight. “Look at that guy. It’s in his eyes. His eyes light up the room.”

Emily in Paris Seasons 1 and 2 are now streaming on Netflix. Stay tuned to Showbiz Cheat Sheet for updates on season 3.