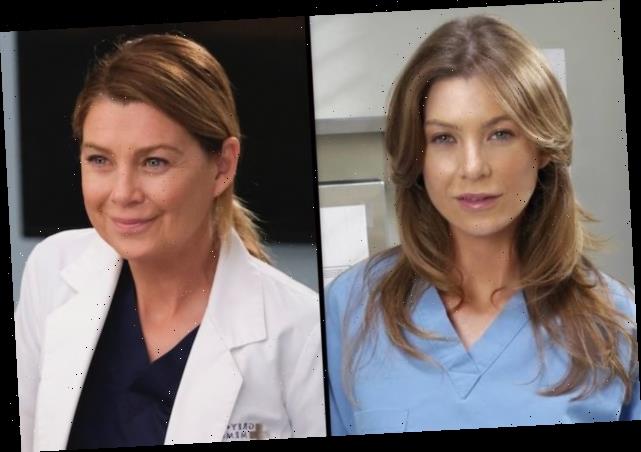 Ellen Pompeo is opening up about one of the downsides of primetime job security.

Speaking to Dax Shepard in the latest episode of his Armchair Expert podcast, the Grey’s Anatomy star — who is entering her 17th season playing Meredith Grey — laments that watching herself age “from 33 to 50 on screen [is] not so fun,” adding, “You really see [the difference] because I’m in the same clothes [playing] the same character. So the way I see myself aging — it’s a motherf–ker.”

As a result, Pompeo says she has added incentive to walk away from ABC’s top-rated drama before she and the series overstay their welcome.

“I do not want to be the grapes dying on the vine,” she confesses to Shepard. “Certainly, to dip out sooner rather than later at this point… [and] leave while the show is still on top is definitely a goal. I’m not trying to stay on the show forever. No way. If I get too aggravated and am no longer grateful there, I should not be there.”

Although ABC has not renewed Grey’s past its upcoming 17th season (which is when Pompeo’s current deal is set to expire), the network is already laying the groundwork for Season 18 and beyond. As reported last month, three of Pompeo’s co-stars — Kevin McKidd, Camilla Luddington and Kim Raver — have inked new contracts that would keep them on the show through a potential Season 19.

For her part, ABC president Karey Burke has previously stated that Grey’s will remain on the air “as long as Ellen is interested in playing Meredith.”