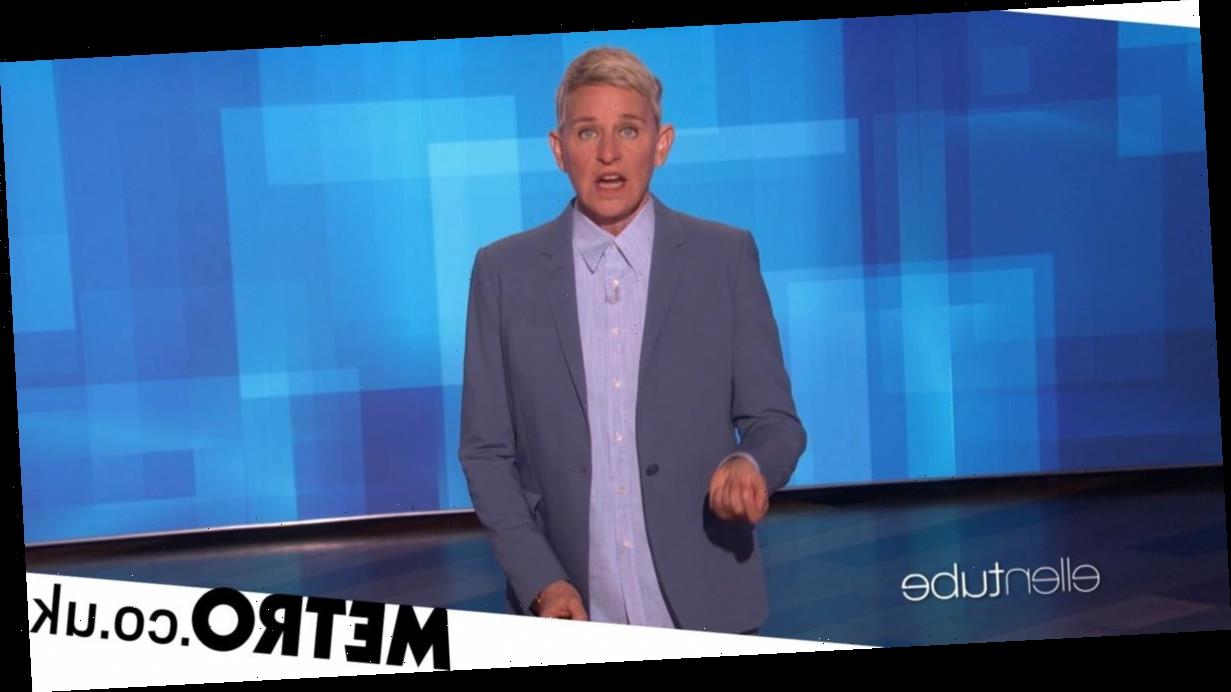 Ellen DeGeneres will not be replaced for the upcoming 18th season of her talk show, despite an investigation into allegations of a toxic workplace environment on set.

There has been speculation that the 62-year-old host would be replaced on her daytime show, following accusations of toxic and intimidating behaviour by senior staff, with James Corden tipped to step in.

However, it has now been confirmed that Ellen will indeed return to the show, when it begins its 18th season next month.

Telepictures confirmed that Ellen would be back, with a source telling NBC News that ‘no one is stepping in or taking over’, despite the investigation into the show still ongoing.

Staff returned remotely to work on Monday following the show’s summer break, including the digital team.

However, the crew has yet to return to set, and are planning production around pandemic safety guidelines.

Ellen is scheduled to return to the air on September 9, while her spin-off show Ellen’s Game Of Hames will start shooting in studio on August 24.

An investigation by BuzzFeed shared allegations from 10 former employees, with one accusation coming from two black staff members, who say they were repeatedly mocked by producers for ‘looking too much alike’.

The Ellen Show’s executive producers Ed Glavin, Mary Connelly and Andy Lassner released a joint statement, which read: ‘Over the course of nearly two decades, 3,000 episodes, and employing over 1000 staff members, we have strived to create an open, safe, and inclusive work environment.

‘We are truly heartbroken and sorry to learn that even one person in our production family has had a negative experience. It’s not who we are and not who we strive to be, and not the mission Ellen has set for us.

‘For the record, the day to day responsibility of the Ellen show is completely on us. ‘We take all of this very seriously and we realise, as many in the world are learning, that we need to do better, are committed to do better, and we will do better.’

While the allegations are not directed at DeGeneres herself, there have been claims that the star has faked her kind persona, with NikkieTutorials alleging that the host didn’t say hello to her when she appeared on the show and Everybody Loves Raymond star Brad Garrett alleging he knows ‘more than one who were treated horribly by her’.

Ellen’s wife Portia de Rossi thanked fans for standing by the TV star, while Katy Perry today defended DeGeneres, tweeting: ‘I know I can’t speak for anyone else’s experience besides my own but I want to acknowledge that I have only ever had positive takeaways from my time with Ellen & on the @theellenshow.

‘I think we all have witnessed the light & continual fight for equality that she has brought to the world through her platform for decades.’

DeGeneres issued an apology to staff in a letter, in which she said some people ‘didn’t do their jobs’ as she left them to take over elements of the series.

She also seemingly denied knowing anything negative was going on behind-the-scenes, adding that people who work with her ‘are speaking on her behalf and that has to stop’.

‘As someone who was judged and nearly lost everything for just being who I am, I truly understand and have deep compassion for those being looked at differently, or treated unfairly, not equal, or – worse – disregarded. To think that any one of you felt that way is awful to me.’

The Ellen DeGeneres Show returns to NBC on September 9.