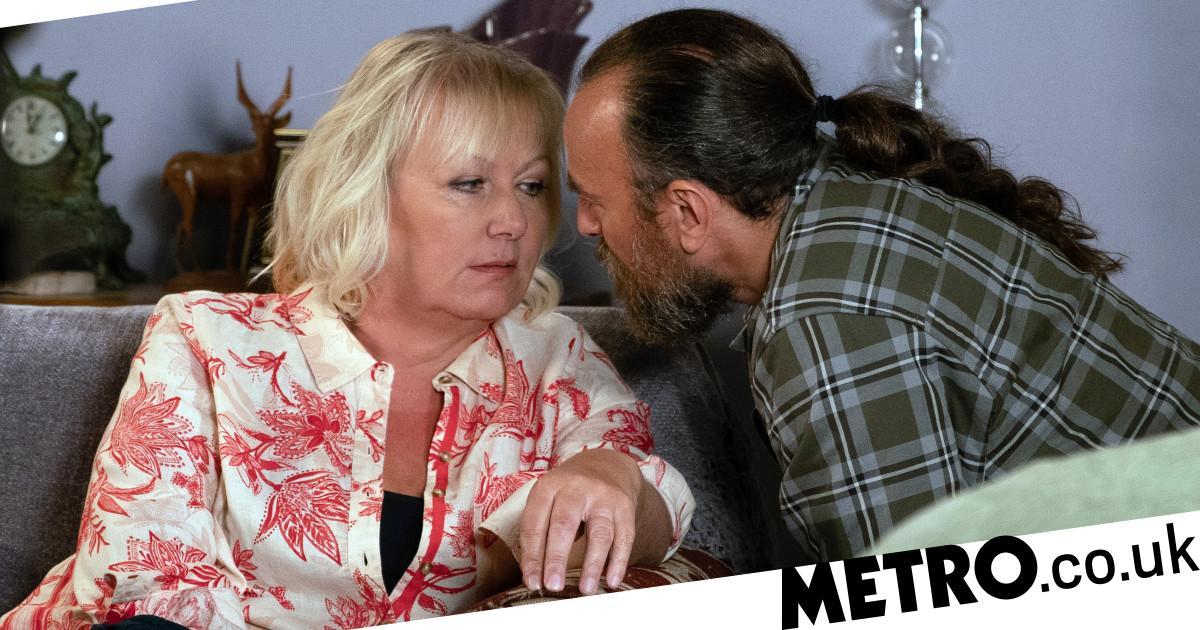 Mysterious Coronation Street builder Jan Lozinski (Piotr Baumann) has some questions to answer as he is clearly hiding secrets from Eileen Grimshaw (Sue Cleaver). Viewers already know that he has links to the human trafficking ring which has exploited Alina Pop (Ruxandra Porojnicu) and others and when Liz McDonald (Beverley Callard) looks up his name up online, she makes a worrying discovery?

Meanwhile, not long after sharing a kiss with Jan while admitting that she is still wary after everything she went through with her previous manual labourer/serial killer husband Pat Phelan, she clocks an odd exchange between Jan and local lawyer Paula Martin (Stirling Gallacher).

It’s clear they know each other but when Eileen asks Paula about it, she makes out that she was imagining it. But when Liz imparts what she knows from her online search, Eileen decides that it’stime she confronted Jan over his secrets. But as she hits him with her accusations, how will she respond? And will she discover his links to the trafficking gang?

Seb Franklin (Harry Visinoni) has developed a soft spot for Alina and is growing increasingly concerned that she is avoiding him and potentially in a very dangerous situation. But Jan urges him to forget about her and leave her be. However, Seb will soon discover the truth about the slavery and will vow to free Alina from the gang’s clutches.

Will he land himself in danger with Jan and the others by digging too deep into their dark world and will this, in turn, put Eileen and Alina into further peril?

Eileen was almost killed by her evil ex Phelan, who claimed the lives of others including Andy Carver, Luke Britton and his own mate Vinny. And now it looks like she might be out of the frying pan and into the fire with Jan…