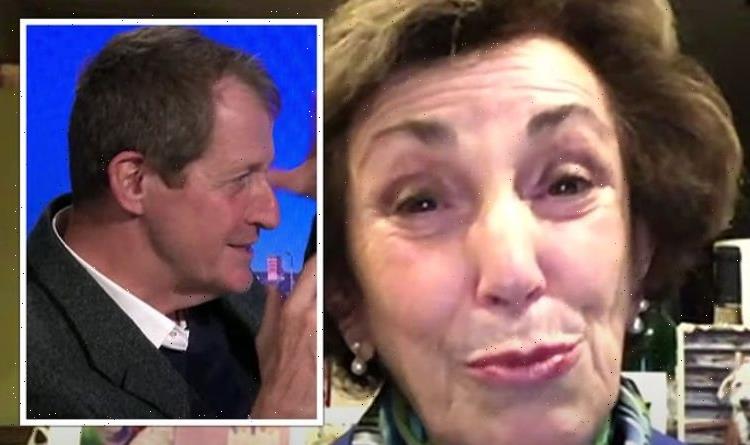 Alastair Campbell called Boris Johnson a “liar” in a heated row with Edwina Currie over the impact Brexit has had on recruiting HGV drivers. The former health minister immediately shut down the attack on the Prime Minister as she reminded Mr Campbell of his involvement with Tony Blair and the allegations about WMDs that led to UK troops being deployed to Iraq. It came after Education Secretary Nadhim Zahawi said on Sunday that a new HGV “skills bootcamp” will be opened up for more lorry driver vacancies.

Calling on LBC news, Ms Currie said: “We’re not going to import large numbers of people like you used to do when we had open borders. It’s not going to happen again.

“When in the history of the Conservative Party did you lot ever argue for higher wages as the way to cure the economic ills.

“This is the latest make-it-up-as-you-go-along excuse to the fact that Brexit is not working in the way that you said it would.”

Ms Currie said: “We’re being accused of pragmatism. My goodness.”

“We’ve got a liar as a prime minister, whatever suits his purposes at the time, he will say.”

Ms Currie said: “And you used to work for Tony Blair!”

Education Secretary Nadhim Zahawi said yesterday that 2,000 additional places will be opened up on the HGV training scheme.

This would take the total number of vacancies to 5,000.

The bootcamp comes as the Government scrambles to stop a nationwide shortage of lorry drivers compounded by Brexit and the pandemic.
Source: Read Full Article