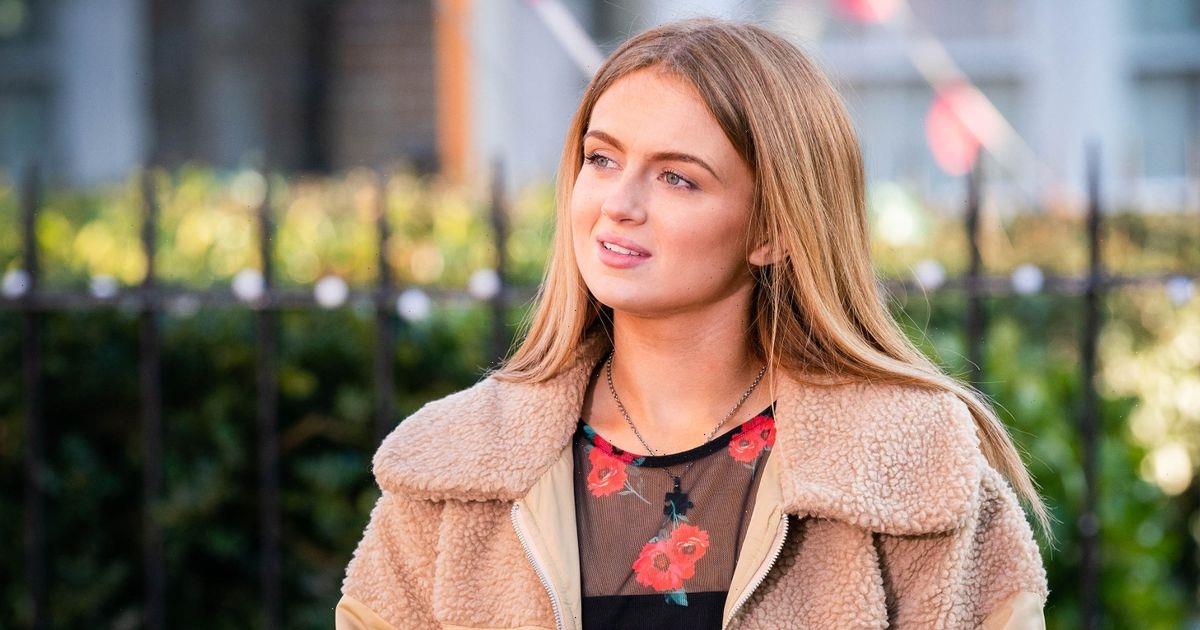 EastEnders beauty Tiffany Butcher (Maisie Smith) gets her head turned by a hunky newcomer next week.

The young woman was left heartbroken when he husband Keegan Baker (Zack Morris) cheated on her with Dotty Cotton (Milly Zero) last month.

However, it seems like romance could be on the horizon once again for Bianca Jackson's daughter.

Tiffany tries to get Whitney Dean (Shona McGarty) to open up about her feelings for Gray Atkins (Toby-Alexander Smith) but she’s interrupted by Aaron Monroe (Charlie Werham) asking for directions.

At the cab office, Aaron arrives much to Harvey’s (Ross Boatman) delight but Dana (Barbara Smith) isn’t as impressed to see her brother.

At The Vic, Aaron gives Harvey some bad advice and rudely snaps at Dana for not taking their dad’s side – leaving her humiliated.

Aaron spots Tiffany but Liam Butcher (Alfie Deegan) is protective over his sister.

He tells Tiff that he plans to be in Walford for a bit but she tells Liam it’s too soon for her to be dating after Keegan.

Harvey fills Aaron in about Bobby Beale (Clay Milner Russell) as he tells his dad he wants to stay for while because he’s spotted someone that’s caught his eye.

He later asks Tiffany out for a date and after some persuading she agrees.

Tiffany's latest romance storyline comes after bosses confirmed that Maisie Smith will be leaving the show.

The talent actress has played Tiffany since 2008.

Maisie filmed her final scenes at Walford recently as Tiffany is set to depart towards the end of the year.

The youngster has had a dramatic few months, with the breakdown of her relationship with husband Keegan and the return of her brother Liam.

The exact circumstances of her departure have not yet been revealed so whether there is a happy ending in store for the married couple remains to be seen.

Jon Sen, show producer said: ‘We are all very sad to see Maisie leave. She’s been a wonderful company member during her time at EastEnders and it’s been a privilege to see her blossom into the star she is.

‘She has created an iconic character in Tiff and the door is always open to her return. We wish her all the very best for her future projects.’

Maisie explained: ‘It’s time to say farewell to Tiff! I’ve grown up on EastEnders since 2008, and have learnt from the best over the past 13 years.

EastEnders airs Monday, Tuesday, Thursday and Friday on BBC One