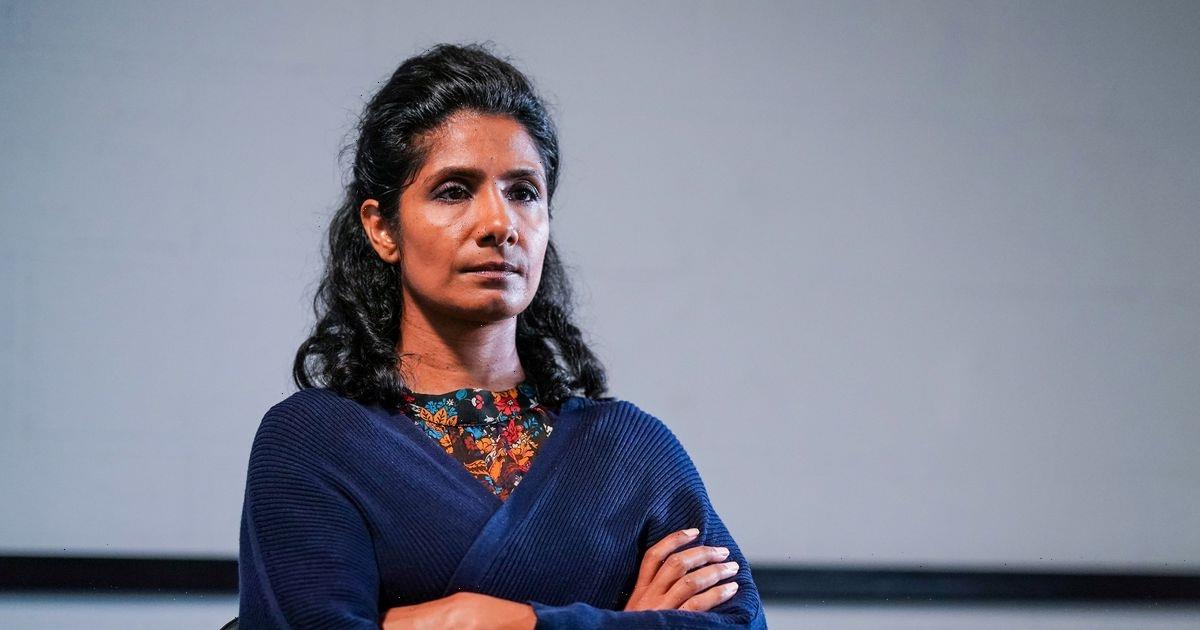 BBC viewers are in for another turbulent week asEastEnders promises a wave of shocking scenes coming up.

EastEnders spoilers can reveal that Suki is arrested for Ranveer's murder but despite their past differences, Kheerat goes to extreme lengths to save his mother.

Meanwhile news of Mick and Janine's engagement becomes public knowledge, but Alfie questions whether Mick is making the right choice.

Elsewhere, Sharon sets Linda up on a blind date, but when the guy is a now show, Alfie swoops in and buys Linda a drink, much to Mick's dismay.

While Sam gets a shock when a former flame arrives in the square.

When Nina spots Ravi and Nugget, she grows concerned that Ravi's main priorities no longer lie with her.

Shortly after bringing Ravi to the surgery, they are interrupted by police who reveal they have further questions following some disrepancies with their statements.

Kheerat arrives home to find Nish preparing a meal but as Suki decides to stand by her husband, the police arrive and arrest Suki for murdering Ranveer.

As Suki is questioned by the police, Kheerat points the finger at Raci who is nowhere to be seen.

With Kheerat continuing to ignore her, Stacey is annoyed but after learning everything that's happened, she offers him her support.

With the police searching Suki’s house, Nina heads to the surgery but Ash arrives and breaks down, worried she’s about to lose her mum.

When shocking revelations come to light, Kheerat goes to extreme lengths to save his mum – but will it be enough?

Elsewhere, Callum encourages Ben to tell Lexi the truth about Lola’s prognosis but Ben is more concerned with trying to find her treatment options.

He then suggests that Ben moves back in with him so that they can support Lexi together.

Everyone rallies around Lola and the hospital, leaving her touched by the support she is receiving from her loved ones.

When Linda lets slip to Shirley about Janine and Mick’s engagement, she is furious and starts planning how they can stop the marriage.

Linda picks up that all is not well with Mick and checks in on him, giving him food for thought on his future with Janine.

However later on, Mick decides to propose to Janine properly.

Meanwhile Sharon arranges a blind date for Linda, with Alfie there to offer some words of support.

When Linda’s blind date fails to show, Alfie steps in and buys her a drink, leaving Mick visibly annoy as the pair continue to bond.

Later, Mick and Linda reminisce about buying The Vic as Alfie arrives for his shift only to be told by Mick he’s no longer needed.

Mick apologises to Alfie for having to let him go but gets annoyed when Alfie questions if Janine is really the woman he loves.

Meanwhile Jean spots how much Kat is struggling to handle everything and suggests she asks Alfie for help.

At the café, Kat asks Alfie to look after the kids, after which he convinces her to let him run the cab office in her absence.

Elsewhere, Sam’s money issues continue as Mitch has an awkward encounter with her.

Desperate, she demands Zack give her back the money she gave him for the car by the end of the week, leaving him shocked.

When Kat discovers a random man named Don stood in her kitchen, she confronts him but it's not long before she finds out that he is an ex of Sam's.

At Peggy's, Don reveals what made him come to Albert Square.

During an attempt to cover herself, Sam digs herself a deeper hole by telling Don she still loves him.

After Jack refuses to help with her money situation, Sam has an idea and brings Zack on board to help.

Her efforts are put to waste however when Zack tells Sam he doesn't want to help her either, leaving her feeling hopeless.

Sam's attention is moved elsewhere when she discovers Don putting on quite the display outside Peggy's and is left speechless when Don proposes.

But back inside Peggy’s, Sam drops a bombshell on Don – what does she tell him?