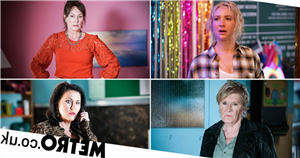 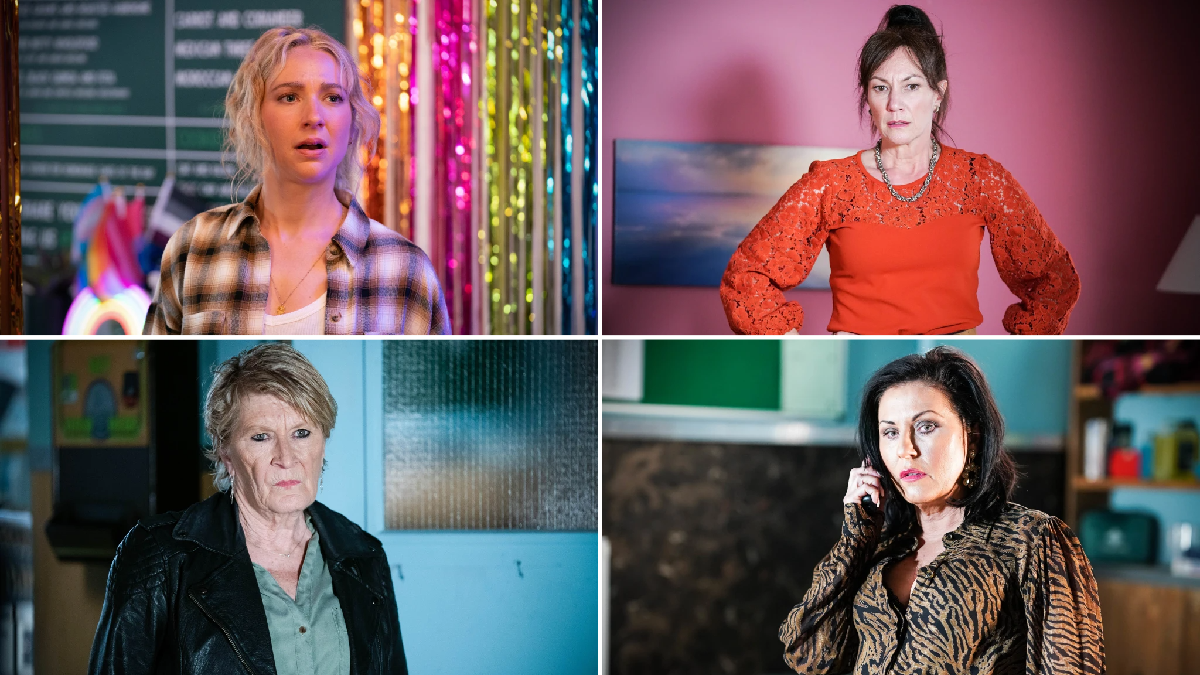 Supposedly solid couples are heading for the rocks in EastEnders, as Nancy Carter (Maddy Hill) is distraught to discover that Zack Hudson (James Farrar) has cheated on her with Sam Mitchell (Kim Medcalf).

Desperate to make amends for what he has done, Zack suddenly proposes – but can he win Nancy back?

Another couple in serious trouble is Rainie and Stuart Highway (Ricky Champ and Tanya Franks). As Stuart’s struggles worth it, Rainie is in an impossible dilemma as she is unable to get through to her husband.

Over at the Vic, Linda (Kellie Bright) is back home while elsewhere, Harvey Monroe (Ross Boatman) and Mitch Baker (Roger Griffiths) are brutally attacked – and it leads to panic for Kat SLater (Jessie Wallace).

Zack is wracked with guilt following his night with Sam and his guilt grows when a courier delivers a touching gift from Nancy. After finally getting Sam out of the house, Zack confesses all to Martin and agrees to tell Nancy the truth. However when Nancy profusely apologises for her behaviour, Zack decides to keep it to himself. Kathy tells the Carters she’s putting up a plaque in The Albert in memory of Tina.

To commemorate the occasion, Zack suggests a party. Zack is later relieved when Sam assures him she’s not going to tell anyone what happened between them. At The Albert, the party for Tina gets underway but it ends in disaster when Nancy learns that Zack slept with Sam.

Chelsea is concerned when Jordan seems under the weather and at work, Sharon picks up on her mood. Seeing how worried Chelsea is, Sharon gets Denise to stop by and show Chelsea they’ve installed a video baby monitor so she can see Jordan whenever she wants.

Sharon encourages Chelsea to stay after her shift for a drink but Chelsea’s worst nightmares come to life when she arrives home to find paramedics tending to Jordan. Meanwhile, struggling with Kim looking after him, Howie escapes and tries to hide from her but she eventually tracks him down.

Stacey realises Kheerat is keeping their relationship from his family and assumes it’s because he’s embarrassed. Later on, Kheerat assures her she’s wrong, but he wants it to be just them for a while with no one else meddling.

Elsewhere, Peter is caught between Bobby and Dana and encourages Dana to tell Bobby how she really feels. Dana and Bobby eventually talk but Dana isn’t convinced by the idea of them rekindling their romance.

Nancy is devastated by Zack’s deceit but as a fuming Mick approaches Zack, Shirley gets to him first and punches him.  Shirley later berates Sam in front of Sharon and Kat, threatening to ruin their business. Sharon later finds Billy doing tasks that she’s asked Sam to do.

Meanwhile, Zack pleads with Nancy for forgiveness but Nancy ends their relationship. At home, Sharon gives Zack a piece of her mind and when Mick turns up, Zack crosses a line and they almost come to blows.

Martin advises Zack to give Nancy some space but he doesn’t listen and instead, rushes to find her but she doesn’t want to listen. Wanting to prove the ultimate commitment,  Zack proposes leaving Nancy stunned.

In the hospital, a distraught Chelsea blames herself for Jordan being sick with suspected meningitis leaving Whitney concerned. Kim arrives and offers some comforting words and Chelsea is relieved to learn Jordan is in the clear.

Stuart is reluctant to look after Roland for the day and when he ignores his cries in the café, Sonia realises something is wrong. Sonia later visits Stuart and when he reveals he doesn’t feel anything for Roland, she gives him the details of a cancer mental health support group.

When Vi returns and reveals Sonia has spoken to her, Stuart snaps and throws the support group information in the bin; he doesn’t want to be Roland’s dad. Stacey is interested when Kheerat implies he wants to meet up later and gets a surprise when he take her to an empty no 31.

Sharon fetches Linda from the hospital.

Unaware Linda is at the Mitchell’s, Nancy turns up and realises Zack has set her up to see Linda. Despite the tension, Nancy and Linda have a heart-to-heart. The moment is soon ruined however when Nancy finds a bottle of vodka.

Rainie prepares for the social worker’s visit to discuss the parental order but panics when Stuart is nowhere to be found. With the social worker waiting, Vi and Callum track Stuart down and encourage him to support Rainie.

As the meeting gets underway, Stuart is overwhelmed and abruptly ends the meeting, ushering the social worker out. Things get worse when Stuart spirals out of control and despite Rainie’s pleas, takes Roland back to Bernie and says he doesn’t want him. Worried for Roland, Karen and Bernie take the baby leaving Rainie devastated.

Kats her mind turns elsewhere when the cab office receive some threatening calls. Assuming it’s Shirley, Kat confronts her but soon realises someone else is behind the threats. Later, Harvey and Mitch are talking on the phone but when the line goes dead, Harvey is approached by two men.

After Harvey and Mitch were beaten up, Kat frets to Sharon about the situation and suggests they delay the opening night at Peggy’s.

Rainie is in shock after what happened and visits the Taylor’s, begging them to let her explain what happened.

Meanwhile, Vi worries about Stuart and in the market, he causes a scene. Back at the Taylor’s, Bernie listens to Rainie.

Elsewhere, Patrick reminds Kim that Howie is injured because of her and she needs to help him find work. She later positions herself as his manager, setting up a job with Martin for Lily’s birthday.