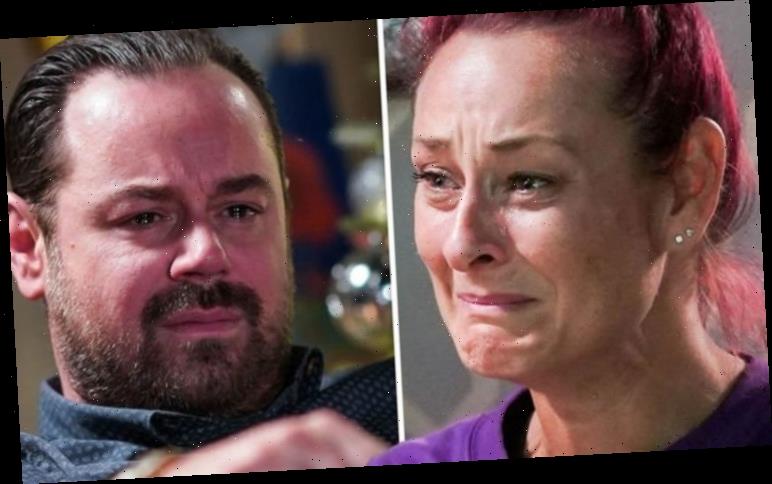 EastEnders: A brick is launched through Queen Vic window

Mick Carter (played by Danny Dyer) and Tina Carter (Luisa Bradshaw-White) could be set for a new life away from Walford next year as they both battle demons in EastEnders. Mick is being cruelly manipulated by his former abuser Katy Lewis (Simone Lahbib) while Tina has been charged with assaulting Ian Beale (Adam Woodyatt). Will the pair flee the square or will Mick help Tina face the music?

In upcoming scenes, Mick confides in Katy but once again she tries to make him feel better by blaming Linda Carter (Kellie Bright).

Katy revels in Linda’s shortcomings and tries to convince Mick to leave his marriage behind.

Shirley Carter (Linda Henry) is frustrated and hurt that her son still won’t talk to her.

As Walford prepares to welcome in the new year, the atmosphere in the Carter household remains strained. 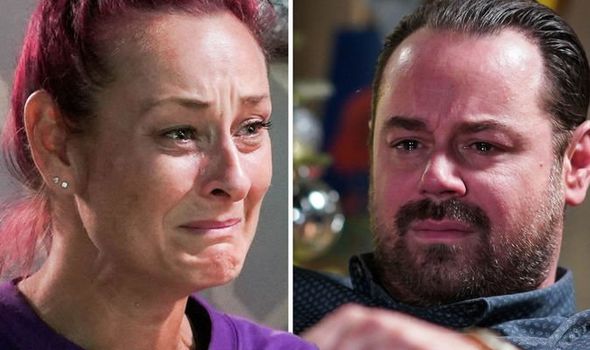 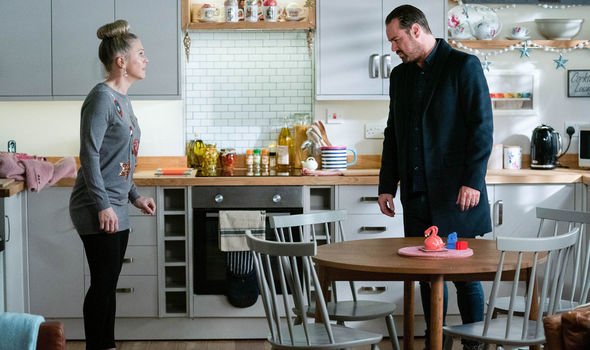 Mick struggles to cope with the festivities as confusion over events in the past weigh heavily on his mind.

After their illicit encounter, Max has urged Linda to start a new life with him but how does she really feel?

Linda makes a huge decision about her future and begins putting a plan into motion. 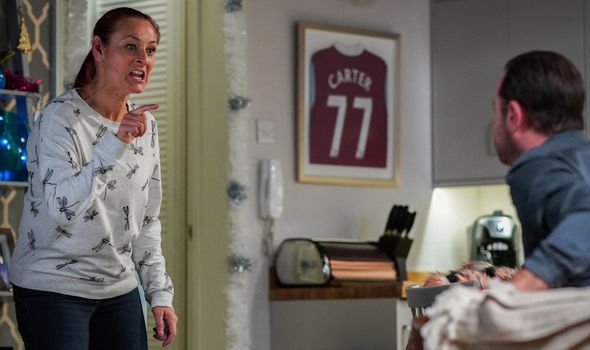 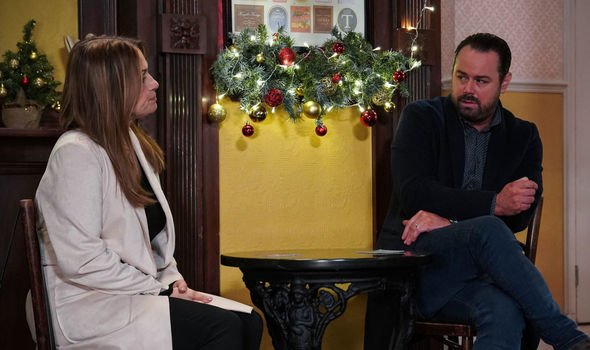 Mick decides he needs to confront his fears head-on but will he be able to go through with it?

Katy continues to manipulate Mick behind the Carters’ back as his family remain oblivious to what’s going on.

Linda seals her fate but she may end up regretting her actions as Walford enters into the new year.

Later, Gray Atkins (Toby-Alexander Smith) informs Tina the witness who saw her following Ian into The Vic checks out.

Tina’s horrified but fears she has no one to turn to as Shirley continues to support the lawyer.

The Prince Albert manager is adamant she wants to go to the police station to clear her name.

However, Gray warns her that could be the worst thing to do in the situation and Shirley believes him.

The Carter matriarch concedes Tina has no option left but to go on the run to avoid prison.

Despite Mick’s frosty relationship with Tina, when he hears about her plight he makes a huge decision.

Mick reveals he’ll go on the run with Tina if she chooses to leave Walford but has he thought this through?

Linda and Mick’s marriage is falling apart but the former Queen Vic landlord adores his son Ollie and would never do anything to hurt him.

Will Tina and Mick leave EastEnders together or will Mick decide he has to stick around and face his demons?

EastEnders continues on BBC One on Christmas Day at 8pm.