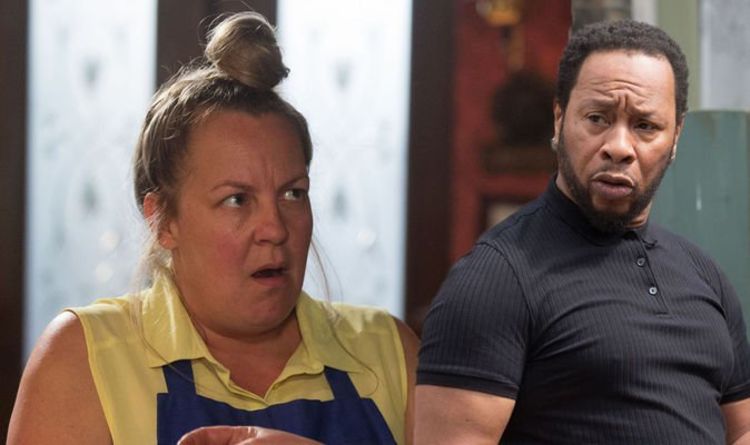 Karen Taylor (played by Lorraine Stanley) will come face to face with Caren (Amy Robbins) next week after meeting her during the BBC soap’s first ever Pride celebrations.

Last week the fan-favourite encouraged the Taylor and Baker family to come together to help Bernadette Taylor (Clair Norris) celebrate her first Pride since coming out to her mum.

During the celebrations Karen bumped into a woman called Caren and in upcoming episodes viewers will see the pair get a lot closer.

The two cross paths with each other at The Prince Albert and enjoy a drink together.

However Karen is gobsmacked when Tina Carter (Luisa Bradshaw-White) makes a surprising revelation after seeing the pair get to know each other.

The barmaid suggests Caren was flirting with her and probably wants to get to know Karen as a little more than friends.

Brushing it off, Karen doesn’t read any more into their encounter and happily catches up with her again later in the week.

But Karen is forced to consider Caren’s feelings for her when the newcomer asks her on a date.

Mitch Baker (Robert Griffiths) and Karen have been in an on/off relationship for years and this tough dilemma could result in the pair closing the door on each other for good.

Will Karen surprise those closest to her and say yes or will she do her best to let Caren down gently? 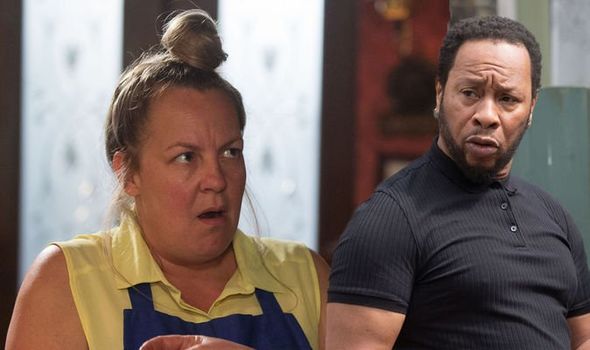 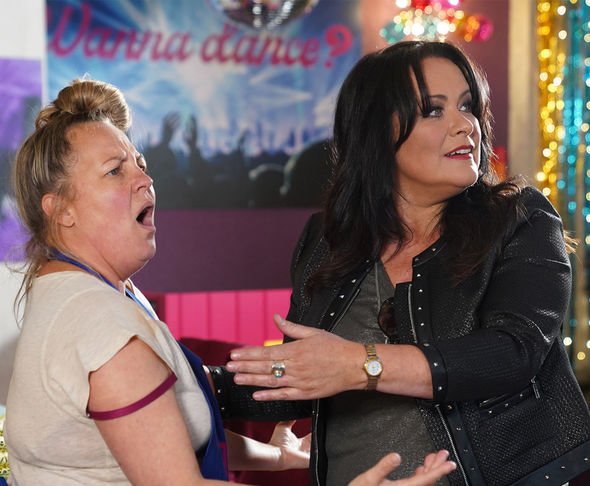 Meanwhile Ronnie Mitchell star Samantha Womack snapped at Phillip Schofield and Holly Willoughby during an appearance on This Morning.

Ronnie and Roxy (Rita Simons) made a huge impact on Albert Square as the fiery Mitchell sisters.

But their story came to a tragic end when they accidentally drowned in a swimming pool on Ronnie’s wedding day.

Discussing how the sisters are still loved by EastEnders fans today, Samantha remarked: “Oh yeah they really are.

“People try and figure out ways they could come back all the time.” 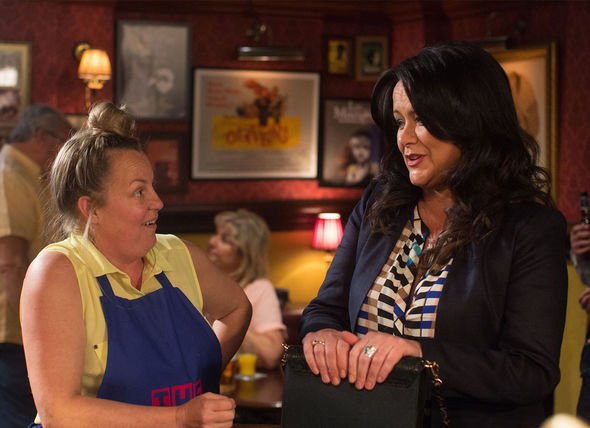 Unconvinced, Philip hit back: “You can’t come back though can you?” and Holly echoed: “But you can’t right?”

“How dare you!” Samantha snapped as she laughed.

The BBC soap star went on to reveal one of the theories viewers have shared which could make it possible for the pair to return.

“We’ve had one where Billy Mitchell [Perry Fenwick] works in the funeral directors’ home.

“And [fans have speculated he secretly used] this drug that can bring people back from the dead.”

EastEnders continues tomorrow at 7.30pm on BBC One.