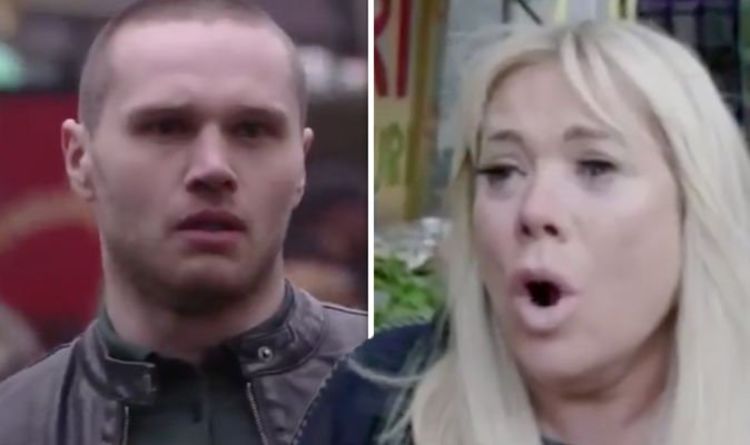 Hunter Owen (played by Charlie Winters) has been out for revenge ever since he escaped from prison but it looks like his plan may have backfired.

During tonight’s EastEnders, Hunter was seen trying to get Jack Branning (Scott Maslen) alone but was forced to sneak him out of the Queen Vic at gunpoint.

Members of Whitney Dean (Shona McGarty) and Callum Highway (Tony Clay)’s wedding party were enjoying the festivities despite the nuptials being called off.

However, joy soon turned to terror on the BBC soap when punters realised Hunter was in possession of a lethal weapon.

Jumping up on a table and catching everyone’s attention, Hunter warned his former neighbours not to move.

But before viewers had a chance to see what happened, the camera panned to an outside shot of the Queen Vic.

A gun shot could then be heard but it’s not clear who’s been hurt.

In a trailer for tomorrow’s instalment, Phil Mitchel (Steve McFadden) can be seen talking to a police officer.

As the officer attempts to comfort him, he says: “Calm down? My daughter’s in there.” 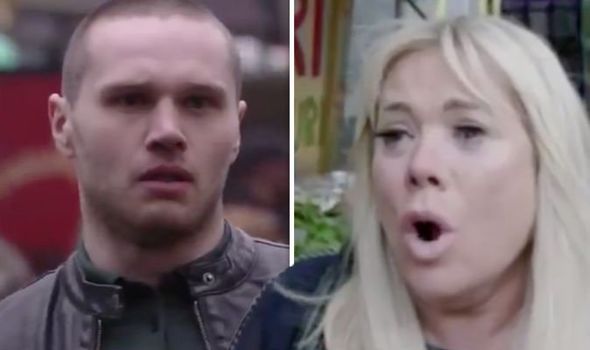 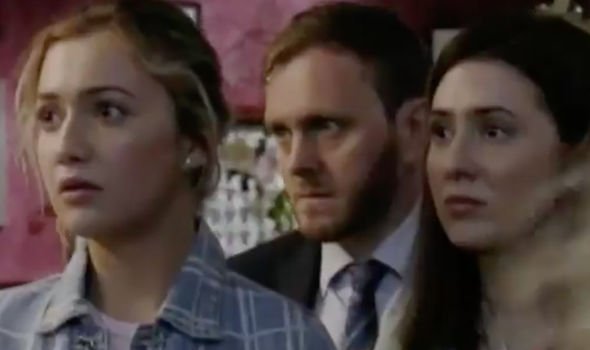 Sharon Mitchell, who is secretly carrying Keanu’s baby, is seen crying out in fear.

EastEnders viewers know Louise Mitchell (Tilly Keeper) is trapped in the Queen Vic and the trailer hints the Mitchell clan will be devastated by the shooting.

Will Louise and her baby be left fighting for their lives?

The BBC soap has confirmed one Walford resident will die and fans think it’ll be Louise. 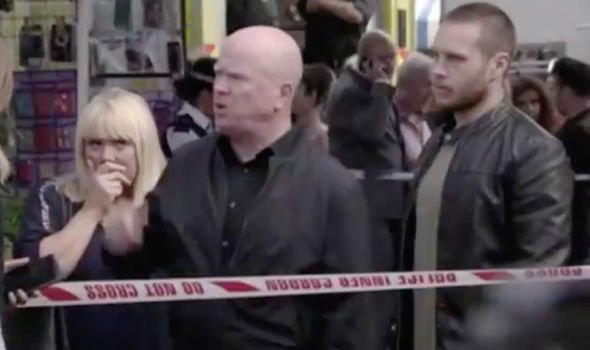 One said: “Keanu just said he wished thing were different.. it’s just hit me like a bit of lightening… Lou is gonna be the one to be shot and lose her baby! #EastEnders.”

Another added: “Why do I get the feeling Louise got shot and is going to lose the baby? #EastEnders.”

“I feel maybe Louise will be shot in the stomach and lose her baby and then Keanu will know he is the father of Sharon’s baby and it’ll be dreadful?? Thoughts?? #EastEnders,” another tweeted.

A fifth remarked: “I reckon Louise will die… #EastEnders.”

EastEnders returns Friday night at 8pm on BBC One.