BAILEY Baker is found after Amy Mitchell’s vile scheme is exposed next week in EastEnders.

Bailey decided to run away from home after realising her family couldn’t afford to feed her last month in the BBC One soap. 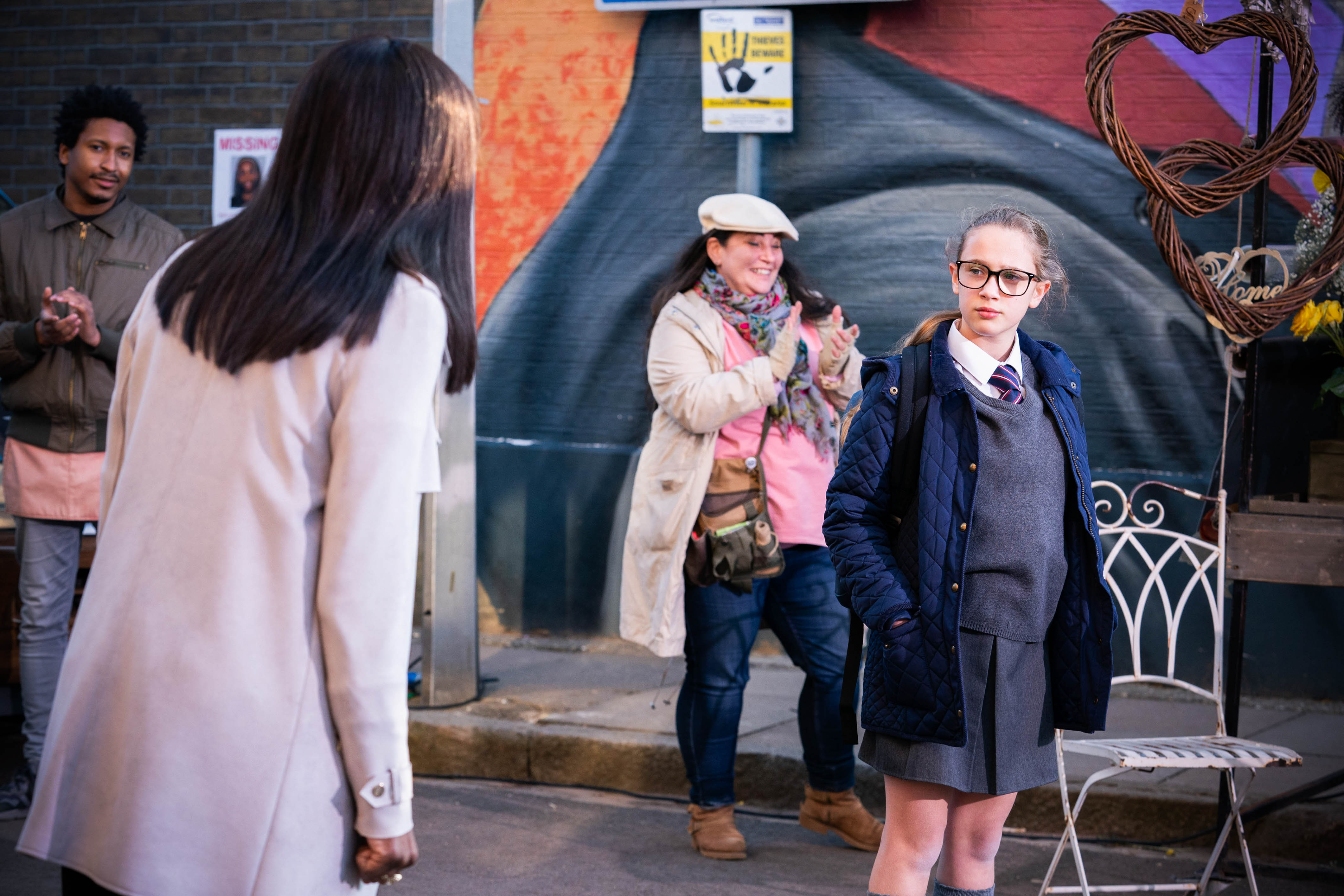 Next week’s episodes of EastEnders will see Bernie drop the bombshell on Molly that she’s planning on becoming Rainie and Stuart’s surrogate.

Molly is taken aback and is even more shocked when she realises Bernie hasn’t told Karen.

When Bernie asks Molly to keep the surrogacy plan under wraps, Bernie asks her to forget the whole thing for the sake of their relationship.

Later, Denise spots Amy in the market and is convinced she’s up to something. 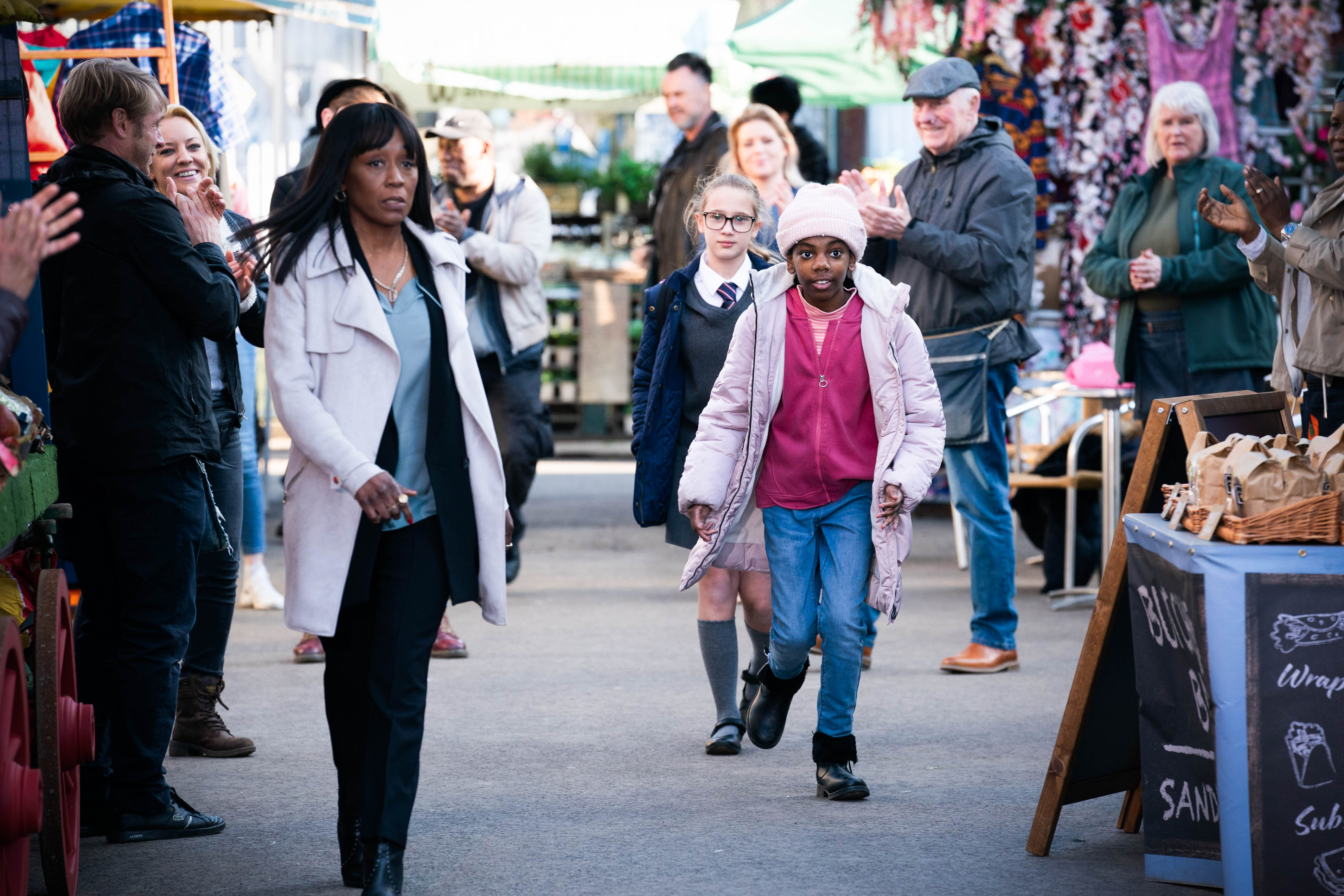 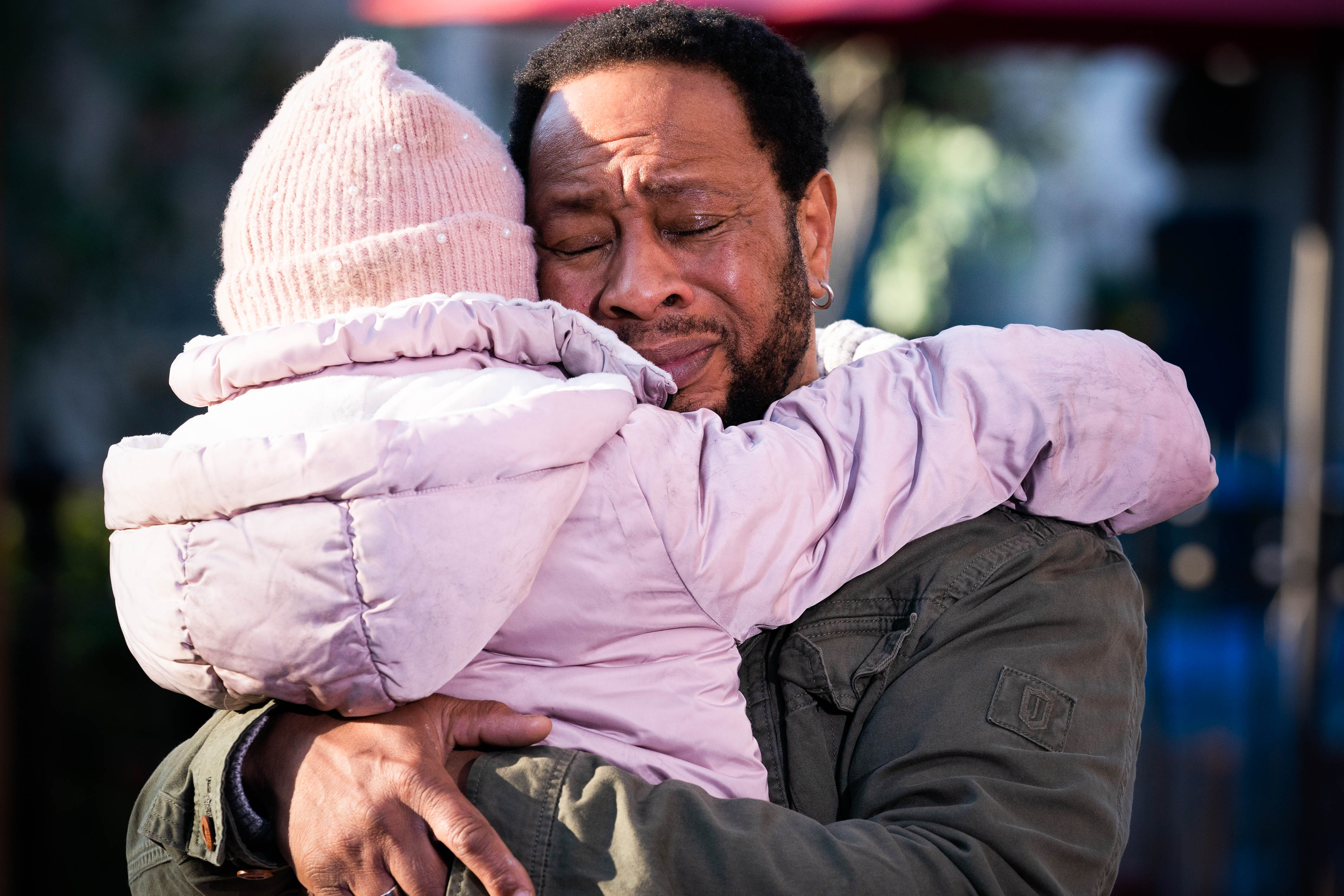 Denise follows Amy to the allotments and spots her with Bailey, before dragging them both back to the Square.

With Bailey back at the Taylors, Mitch breaks down and promises that he has his job back – and that their money woes will be over soon.

Bernie also announces that she has a bonus coming, raising Karen’s suspicions.

Bernie’s hopes are dashed later, however, when she visits Rainie.

Bernie begs Rainie to let her be her surrogate, but Rainie gently turns her down.