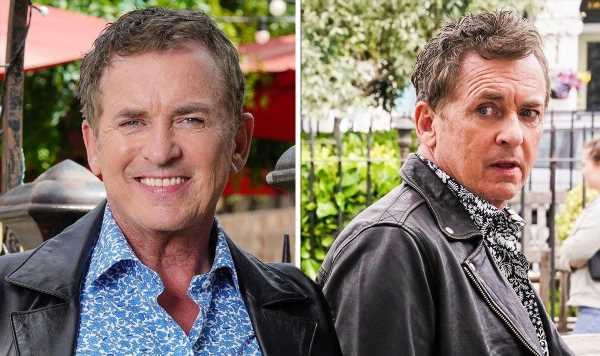 Alfie Moon (played by Shane Richie) is set to make a dramatic return to EastEnders as his ex-wife Kat Slater (Jessie Wallace) prepares to marry new beau Phil Mitchell (Steve McFadden). Speaking to Express.co.uk and other press, the BBC actor reflected on what it was like to return to the set after four years away.

EastEnders fans were thrilled when the soap announced the return of iconic Queen Vic landlord Alfie.

The love of his life is preparing to marry Phil but is Alfie returning to the square to stop the wedding or does he have some other business to attend to?

Discussing his return to the soap, Shane opened up on what it’s like to be back.

The I’m A Celebrity…Get Me Out Of Here! said: “It’s strange, it’s very different now. When I left four years ago I came in to do a storyline where I had to get pushed down the stairs and I left to go and do something else. 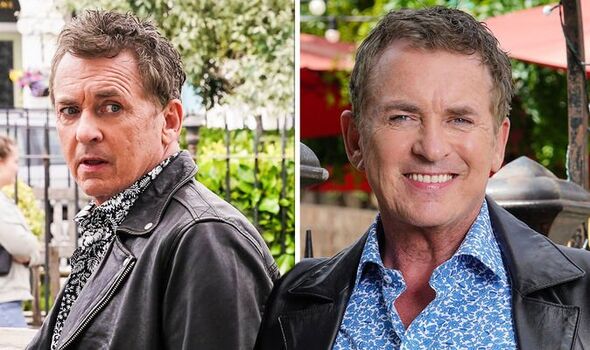 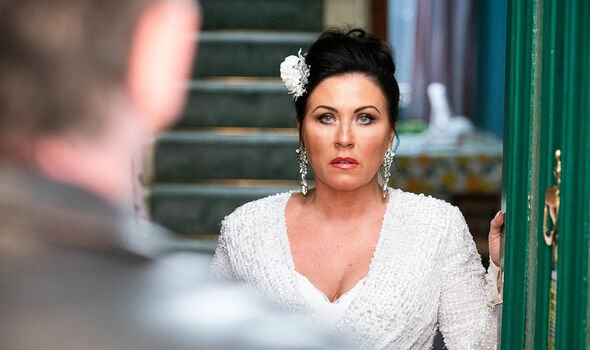 “I do a lot of theatre and touring with theatre companies around the West End and there is a sense of community and turning up here, the cast and the producers, the directors, writers, there’s a real sense of theatre community here.

“That’s the way it’s changing and it’s down to [executive producer Chis Clenshaw].

“I think Chris has created [this] because he’s grown up with the show, he knows the DNA, he knows how people work and their strengths.”

“I’ve come back I feel I’m part of something that’s so strong at the moment,” Shane continued. 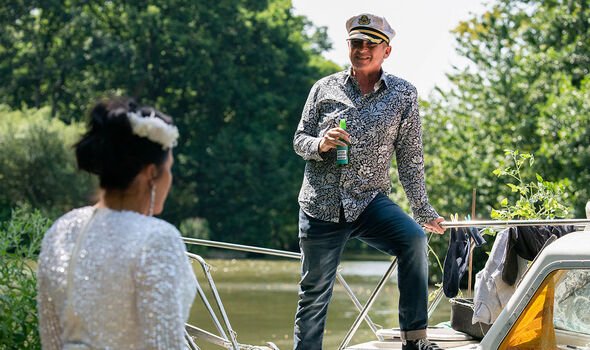 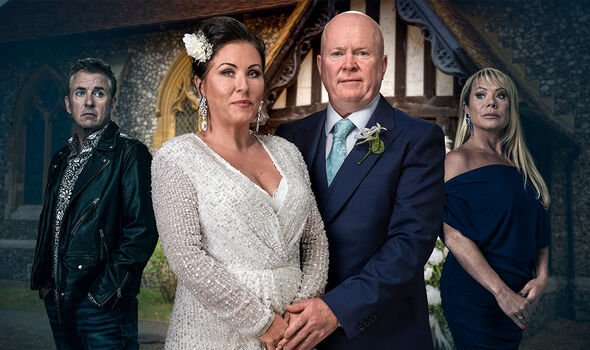 “I’ll give you an example, I’ve worked with Steve McFadden for a long time and the only time I used to see Steve was when we were on set.

“We’ve got a green area and everybody’s there and the scripts are there and I see Steve and I’ve never experienced this before where all the cast [are together], there’s a real sense of camaraderie.”

The EastEnders star teased fans with what they can expect from Alfie over the next few months.

“Chris was telling me the long-term storyline with Alfie, the old Alfie, the guy that looked after his nana and wore his heart on his sleeve and tries to make light everything,” Shane noted.

“But through his own innocence and naivety, he still gets it wrong. The drama only works on a show like this if you get the light and shade and I’m happy to come in and bring the light,” he continued.

“If we can get Alfie up to his tricks and scams and is he going to get back with Kat? I can’t tell you.

“But if you get that right, then the drama is so much more dramatic.”

Advanced spoilers released by EastEnders hint at the drama coming up later this month.

As the day of Phil and Kat’s wedding arrives, the Slater matriarch is gobsmacked when Alfie turns up.

Meanwhile, Sharon Watts (Letitia Dean) struggles with being honest with herself about what she wants.

It’s revealed Alfie will go to “extreme lengths to get what he wants”.

Will he stop the wedding or will Kat finally become a Mitchell?

EastEnders airs on BBC One from Monday to Thursday at 7.30pm.