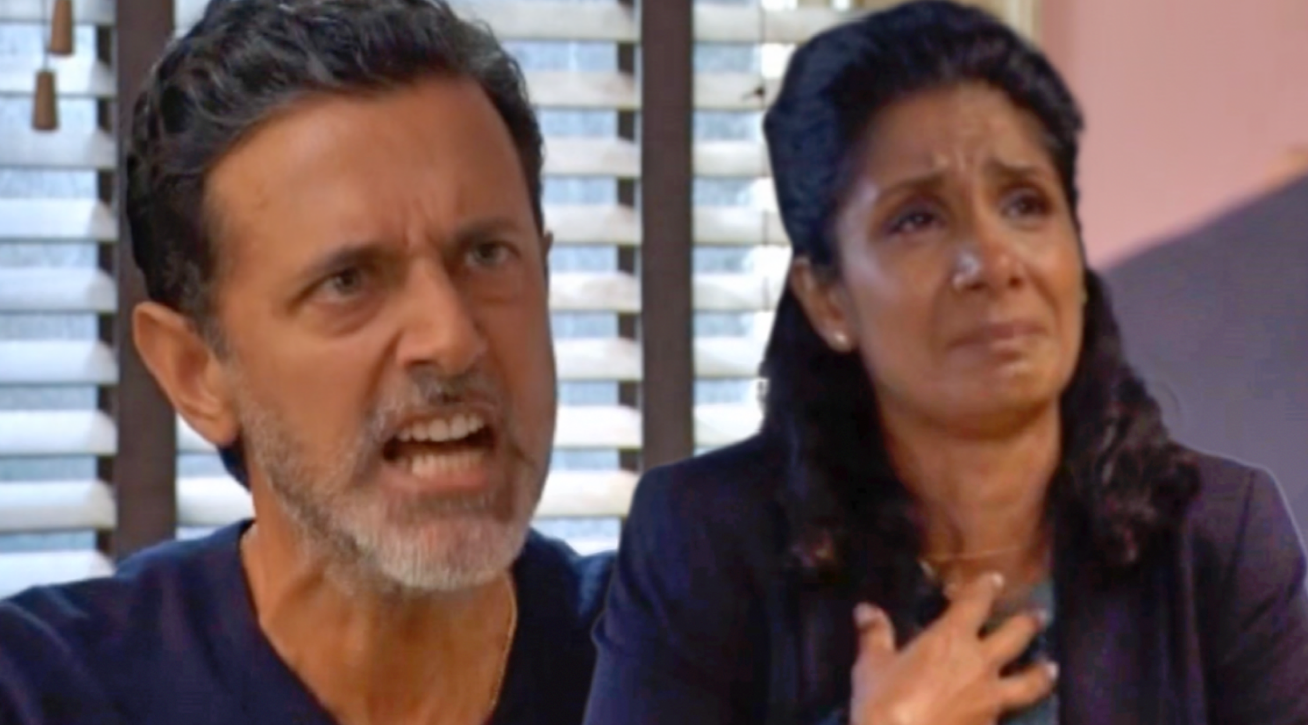 EastEnders has revealed more details about the reason why Nish Panesar (Navin Chowdhry) was jailed for murder.

The BBC One soap established earlier this year that, despite his claims of protecting his family from an intruder, Nish was actually imprisoned for attacking and killing a male friend in a jealous rage.

He had thought the man in question to be having an affair with Suki – a theory to which there was no truth to.

Suki, who returned to screens last week after a business trip to Mumbai, elaborated on the historic crime in Monday’s (October 31) offering of the serial drama, as she opened up to son Kheerat.

The matriarch explained that she was actually close to the wife of the man Nish had murdered – but Nish had simply jumped to conclusions, assuming it was the husband and thus committed murder.

‘It was his wife’, she said. ‘But nothing ever happened.

‘There was just this intense connection. Neither of us really understood the friendship. We were young, trying to be good wives.

‘She made me see the world in a different way. She made me believe that I could be something more.

‘But your father felt me pulling away.’

Kheerat was left in shock, and he subsequently encouraged Suki to stop living a ‘life of lies’.

Suki was spurred on by his advice to seize the day and be with Eve Unwin (Heather Peace), but a subsequent showdown with Nish – in which he insinuated he would kill anyone who got between them – changed everything.

EastEnders continues Tuesday November 1 at 7:30pm on BBC One.