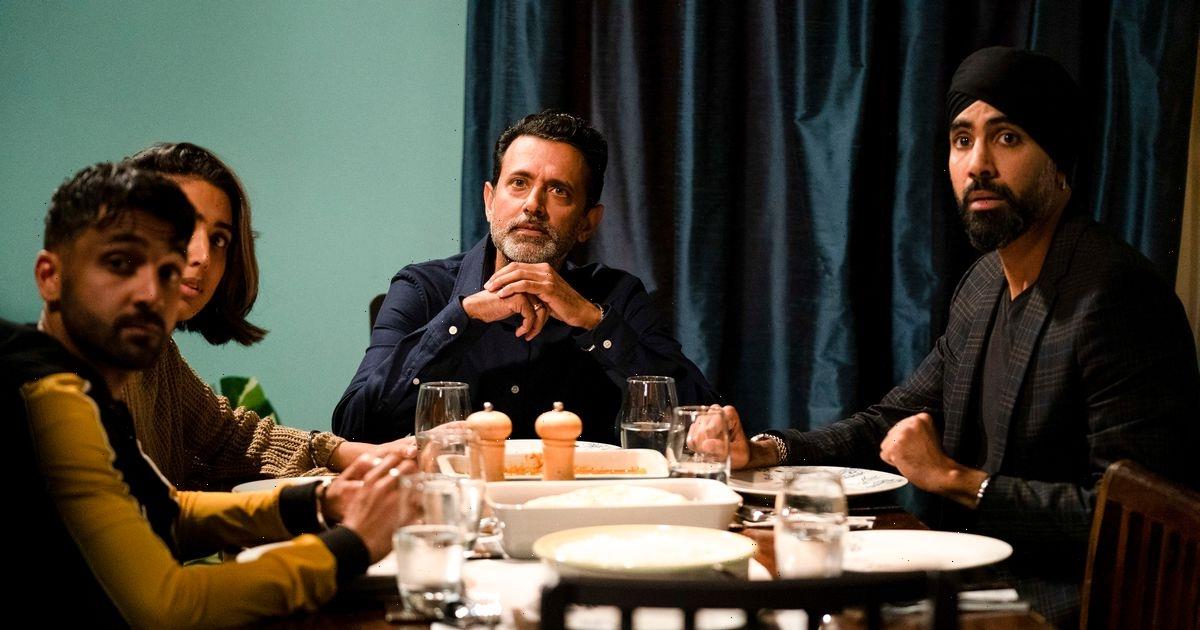 EastEnders' Panesar family is set for chaos next week as the police interrupt a sweet moment where it looks as though amends have been made.

Next Monday (November 7) viewers will see Suki and Kheerat arrive home to find recently released Nish preparing a meal and wanting to put his family first.

A stunned Suki – who deep down isn't happy about the situation – then fetches Ravi's son Nugget to join them and decides to stand by her husband Nish for the family's sake.

But their family’s happiness is short-lived when their sweet dinner is interrupted by the police, leaving the family facing complete chaos once more.

In stills that show the family moments before the chaos ensues, everyone looks civil and mellow – but if one thing's for sure, this won't last for long.

With Suki getting arrested on suspicion of murdering Ranveer Gulati, how will the Panesars get through this rough patch?

This comes months after Suki was led to believe that she murdered Ranveer when he tried to assault her, when in fact it was Ravi who killed him and went on to mislead her.

The murder storyline recently resurfaced when Ranveer's wife, Nina, and "son" Ravi were told by police that a corpse had been found matching his description.

So now that Suki has been arrested for Ranveer's murder, do the Panesars face another family member getting banged up?

When carted away, the Panesars are left panicked as Suki gets questioned by the police, which leaves Kheerat pointing the finger at Ravi – but where is he?

Kheerat's girlfriend Stacey Slater supports him through the challenging time as the police search his mum's house.

He is unable to control his temper, though and fumes at his dad.

Jaw-dropping revelations then come to light next week, which leaves Suki's eldest son determined to protect and save his mum.

These scenes air from Monday, November 7 at 19:30 on BBC One and BBC iPlayer.