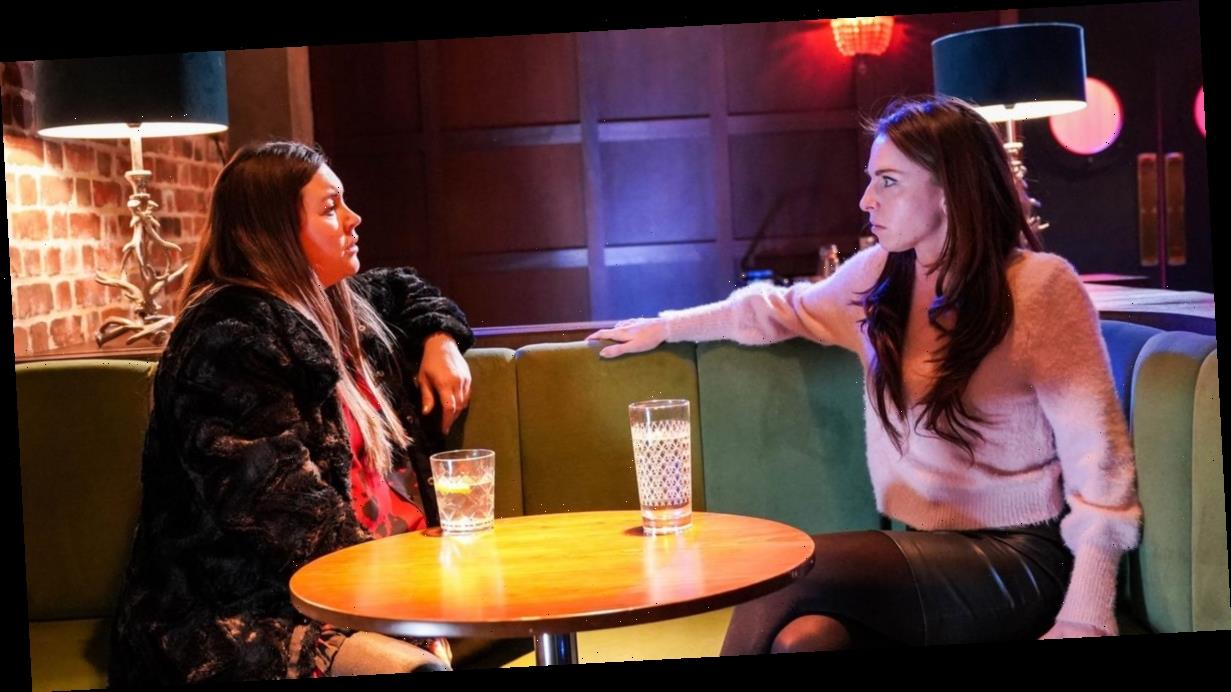 EastEnders star Louisa Lytton has been faced with some explosive storylines ever since she returned to Albert Square in 2018.

From facing her rapist in court to marrying her best friend Stacey Slater’s ex-husband Martin Fowler, played by James Bye, Ruby Allen has faced a rollercoaster couple of years.

And it appears things are yet to smooth out as this week on the BBC soap Ruby suffers a heartbreaking miscarriage in the early stages of her pregnancy.

Thursday’s harrowing episode sees Ruby rush to get a check up after she discovers she’s bleeding. And, she is given the heartbreaking news she is having a miscarriage.

The episode have been a tough watch for some, but Louisa tells OK! online why it’s so important the tough subject of pregnancy loss is covered.

Louisa, 32, explains: “To be honest I’m really glad that they covered it. It’s such a huge, huge issue for women, especially within my age category in my life. I think it’s a very important topic that’s quite taboo still that needs to be covered.

“And I quite enjoy that, you know, that we did the consent storyline and now we’re doing this so she’s a character that she can relate to in that sense.

“As far as filming it goes, it’s awful isn’t it? I mean I’ve got lots of people close to me that have experienced it so you sort of… not first hand as in me but, I know very closely how it can affect you and I just hope that I’ve done it justice.

“And I hope within the writing we’ve done it justice and I don’t think it will end there I think it will be quite a long running storyline so hopefully we see the journey though.”

After receiving the tragic news, the club owner reaches boiling point after feeling envious of Martin’s connection with his ex-wife Stacey, played by Lacey Turner, which sparks her to then blame Stacey for her pregnancy loss.

Ruby and Stacey had been best friends for years before, but, could this be then end of the road for Stacey and Ruby?

Louisa says she “loves” the dynamic between the feisty women, and tells OK! online that she enjoys scenes with the pair together, even when they’re at each other’s throats.

She says: “I love – even the scenes we’re playing at the moment, although they’re at war I just love Ruby and Stacey together.

“So I’d love them to somehow forget their differences and forgive each other for all they’ve done which is quite a lot so I’m not sure how easily it will go but I would like that.

“I would like them to turn on Martin at some point I just think, let’s mix it up a bit!”

However, that won’t be something that will happen any time soon as things have taken a turn for the worst between Stacey and Ruby following a row as Ruby blames the Slater sister for her miscarriage.

When asked if she thinks Ruby blaming the miscarriage on Stacey is the end of the road for the pair, Louisa confessed: “I think so yeah. For now, which is a shame.

“But, it’s good because now – obviously Lacey’s gone off for maternity leave now. So it’s nice we got to have a storyline before she went.”

However, the end of the pair’s friendship has meant there has been plenty of confrontation between them, which Louisa has said is when the pair have the best scenes.

She explained: “I think that’s when they work best. It’s either when they’re sort of chatting together in the bar or having an awful drama between them, I think that’s what people like to see.”