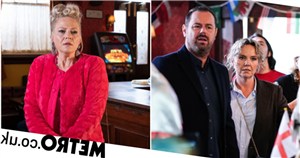 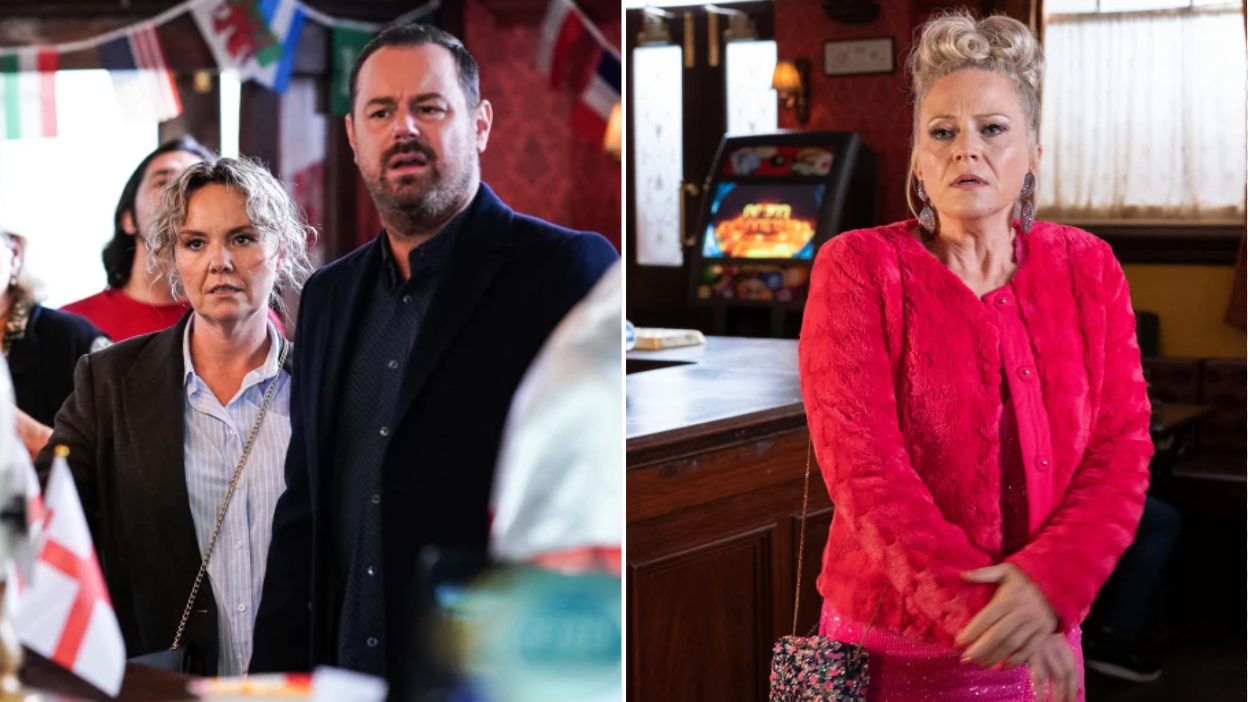 Janine Butcher (Charlie Brooks) can no longer ignore the spark between Mick Carter (Danny Dyer) and former wife Linda (Kellie Bright), and thus she confronts her fiancé in EastEnders next week.

The show’s resident schemer, like the rest of the nation, has picked up on the fact that Mick is still very much in love with Linda, and vice versa.

Mick, however, has claimed that Janine, who is pregnant with his child, is the woman he wants to be with, and next week sees the two happier than ever as they set off to attend their first baby scan.

Janine struggles to contain her excitement and upon returning to the Vic, she wastes little time in gloating about where she and Mick have been, leaving Linda incredibly upset as she sets off for her meeting with Murray – her community payback officer.

But tragedy strikes soon afterwards, as Janine falls down the stairs at the tube station, and Linda – having spotted her being tended to by paramedics – swoops into action, missing her own meeting to be by her love rival’s side.

Mick, meanwhile, has misplaced his phone during the commotion, and he’s horrified to find out what has transpired, as he sets off to be with Janine.

Will the baby be okay?

That remains to be seen, but subsequent scenes see Janine spot Mick and Linda together, and when the former returns, she quizzes him on his whereabouts, stating that she saw him in Linda’s company.

Mick attempts to justify his actions but Janine pulls the rug out from underneath him.

Will she end things for good this time? What’s more, will Mick finally admit his true feelings for Linda?