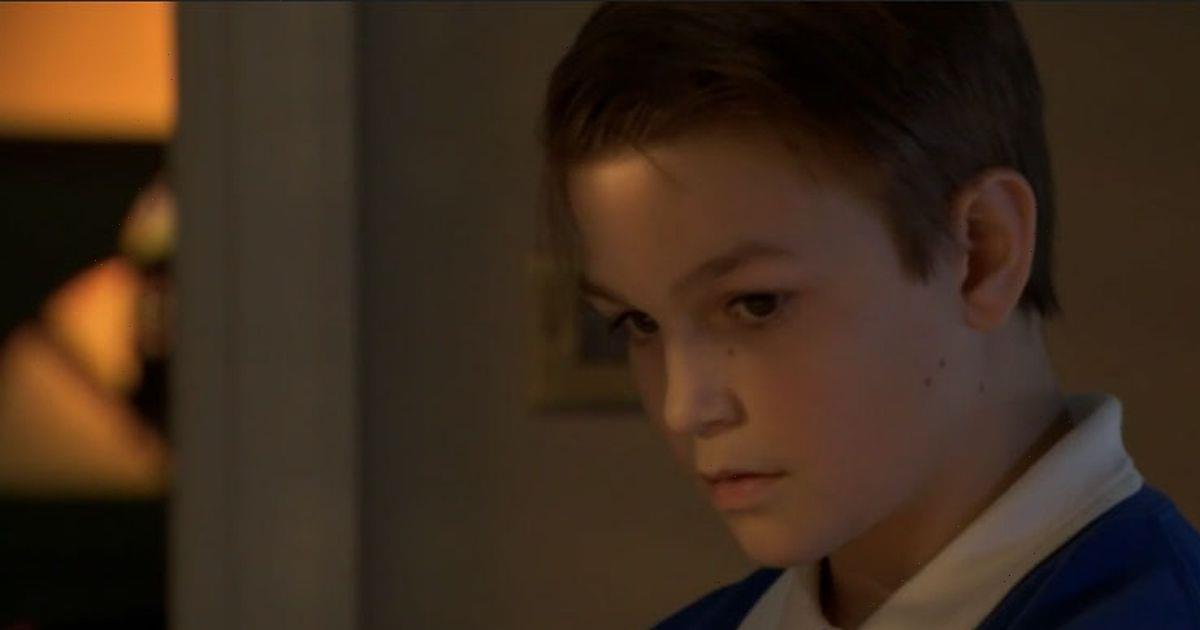 Share your email to get soaps interviews, spoilers from the Star

EastEnders fans are convinced Tommy Moon is set to become a child killer after he was seen packing a knife in his schoolbag.

Left shaken by Phil Mitchell's prison sentence, viewers saw Tommy take matters into his own hands after being tormented by bullies in school

Tonight’s episode saw Tommy confront the bullies as they tried to break into Billy’s cash box.

Assuming the worst as he catches the end of the altercation, Billy assumes Tommy was trying to steal from the cash box and goes on to tell his furious mum, Kat.

As Tommy runs away he’s cornered by the bullies who threaten to hurt him if he doesn’t bring them £50 to school the next day.

After Billy barges in and tells Kat he caught Tommy trying to steal from the cash box, livid Kat lashes out a Billy despite his attempts to tell her what happened.

Feeling that there’s no one to help him with the thugs who are tormenting him and, Tommy takes matters into his own hands and packs the knife into his schoolbag.

Fans took to Twitter to speculate, with many convinced he’s set to become a child killer.

“Are they making Tommy the new Bobby. #EastEnders,” said one viewer.

Another added: “I feel like the show is steering Tommy towards a male/teenage mental health storyline, that might end terribly for everyone. I hope they handle it properly. #eastenders.”

While a third added: “Tommy is going to do something silly and become a killer! Don’t do it!”

In upcoming scenes viewers will see Lily Fowler becomes concerned as she witnesses Tommy being bullied in school and later discovers the knife in his backpack.

Elsewhere on tonight’s episode, the aftermath of Gray’s murderous ways comes to a head as Walford finally learns the truth about his evil actions.

Fans also saw Martin Fowler discover that his best friend Kush was killed by Gray after he pushed him infront of a train.

Shocking scenes show Martin throwing bricks through the windows of Gray and Chelsea’s house as he struggles to accept the shocking revelation.

As Chelsea attempts to adapt to life as a single mother with Gray’s child, she faces backlash from the community with many wondering how she could have married a murderer.

With reminders of Gray everywhere, Chelsea makes a life changing decision as she reveals she plans on putting baby Jordan up for adoption once he is out of the hospital.

EastEnders airs Monday to Thursday on BBC One at 7.30pm