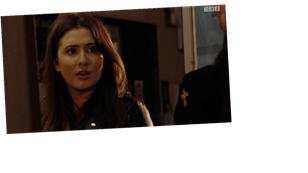 EastEnders viewers are convinced they know how Bex Fowler will leave Walford.

Fans off the BBC One already know that Sonia Fowler's (Natalie Cassidy) teenage daughter will departure Albert Square in the near future after actress Jasmine Armfield quit her role after five years as the troubled youngster.

Bex and Bobby invited troublemkaer Dotty Cotton (Milly Zero) out to have some fun, but their night out took a turn for the worse when they spotted a social media post harassing Bobby.

Dot Cotton's granddaughter Dotty tried her best to take Bobby's mind off the online abuse by revealing she'd brought some drugs for the group.

Bobby instantly turned down Dotty explaining: ""It's not for me. I had a bad experience with pills and I ended up in a train tunnel. It's a long story."

EastEnders fans have taken to their keyboard to predict that Bex will take an overdose with Dotty's pills.

Taking to Twitter, one fan said: "What are doing Bex?"

Another added: "Bex will die in 35th anniversary. She’ll take an overdose."

A third penned: "It's going to be Bex Fowler who dies on the 35th anniversary.

A fourth said: “Dotty got drugs. Something bad will happen to Bex."

Fans of the BBC One soap will remember that Bex began overusing ADHD tablets last summer to cope with the pressure of her exams, which led to her suicide attempt last autumn.

Bex seemed to be in a better mindset lately but has recently taken a knock as she found out her mum had stolen money from Dot Cotton (June Brown).

Fans will have to tune in to see if Bex meet a grisly end during the soap's week-long 35th anniversary episodes next week.

EastEnders continues on BBC One on Friday at 8pm